Fariha Róisín is an Australian-Canadian writer, a queer, brown, Muslim woman, and someone who’s proud to be all of those things at once.

As a film and pop culture critic writing for some of the most well-known publications on the internet, Fariha Róisín has embraced her intersectionality in her personal and professional life. Storytelling became the mechanism that allowed Róisín to explore the complexities within her own identity and define it for herself in resistance to the mainstream narrative.

Ahead of her appearance at this year’s Montreal Pride celebrations, Fariha Róisín shared her thoughts on inclusivity, activism and how both play into reconciling self-identity and building stronger, more supportive communities.

“When I starting writing, really when I started to get more into my adulthood, I realized that the traditional structure of feminism didn’t speak to me. There was so much more within my identity that I felt was being erased within this (feminism) that it didn’t feel correct for me to just self-identify as a feminist, even though that’s maybe how I might identify now. I say that also with the definition meaning I am an intersectional feminist,” says Róisín. “Those definitions are really important, because what happens within white supremacy is that people lose their definitions. And that’s not fair to the process of becoming who you are because it allows you to forget that there are so many parts of you. We’re all multi-dimensional and we’re all intersectional. By definition it is not just something for people of colour, it’s for everyone.”

In 2012 Fariha Róisín entered into the world of film criticism, “and I realized that it was a boys club, which is such a dumb term, but that’s what I began to see. And it was generally a cis white boys club,” she recalls. “It was hard for me to navigate those parameters because I’m obviously none of those things, and it’s really frustrating to be left out.” She described the all-too familiar experience of having to “prove herself” as a woman in male-dominated spaces, if only just to gain the level of professional respect that is already granted to her male counterparts. Despite a pervasive culture of sexism, coupled with palpable racism that stacked the odds overwhelmingly out of her favour, Róisín stood firm. “If a white man’s perspective is important, so is mine. I can bring equally as much tenor, understanding and knowledge and beauty to a piece, and that’s something I really try to do with my work, to prove that I am as valuable in a writing world that has historically left me out,” says Róisín.

It was only natural that her writing diverged from the mainstream narrative, reflecting her own experiences of the world from the unique position that she occupies within it. “It’s not a niche perspective to talk about a Muslim, queer, woman of colour.” It only appears to be because these voices have long been excluded from the conversation, she adds. “It was so important for me to just say the things that nobody would say, to talk about the elephant in the room, which is that whiteness is ubiquitous and white liberalism is not helpful when you’re not actually engaging with the fact that racism just doesn’t go away because we don’t talk about it,” she says.

Róisín writes everything from personal essays to smart, unflinching film and pop culture criticism to politics and more. In 2012 she co-founded the pop culture analysis podcast Two Brown Girls with friend and fellow film critic Zeba Blay, partly in response to Lena Dunham’s Girls, a TV show that received acclaim for being “inclusive” and “authentic” yet featured an overwhelmingly white, upper middle class cast of characters. “Why were four (rich) cis-straight white girls the leads of a TV show about girls in New York? One of the most diverse cities in the world? It’s still wild when I think about it,” Róisín later commented. The podcast ran for four years and offered an outlet to talk about the interplay of race and media representation at a time when this kind of open, intersectional criticism hadn’t yet become prominent on social media.

“When we were doing (the podcast), people were sending us death threats and telling us to shut the fuck up. Even in Montreal (where she lived for four years), I was getting into fights, I was leaving parties where I was the only person of colour and I was being told that I was essentially being ‘racist’ towards white people. It was dark — there were many times when I just felt like maybe I should shut up, maybe I should just not fight with people.”
.
She didn’t give up, and now Róisín isn’t afraid to call people out.“I have no desire to make people feel comfortable. It’s important to say the things that nobody wants to. Talking about those things has always been really, really powerful for me, and with criticism it’s been important for me to uplift and bring up people that are like me, or people that are also disenfranchised, and to just talk about how we exist, how we deserve space.”

Róisín pinpoints inclusivity as a fundamental practice in all activism. Yet even within marginalized communities, exclusion is still present, as she experienced for herself within Montreal’s queer community. “It was really hard for me to navigate, even queer spaces, because they were super white. And I became very hermetic. I was like, I don’t like a lot of these spaces that don’t understand that they’re not actually inclusive and they don’t give space to someone like me to be comfortable and feel good about myself. It’s such a psychic thing when you go into a space and don’t feel welcome, but it would happen a lot.”

Having lived in Canada, the U.S. and Australia, the phenomenon has proven to go beyond borders. “Historically these spaces, these queer communities have been white, and I think that really needs to change, especially in the Trump era,” she says. “Canadians seem to have this racial amnesia and they think that because they’re not Americans they don’t profit off of white supremacy and they don’t perpetuate it, and it’s dangerous.”

Since leaving this city, Róisín has observed evidence of positive change from abroad. “I was really happy to hear that last year in Montreal there was this uprising of people being, like, ‘The music industry is really abusive towards women and let’s talk about that.’ I think those kinds of things are so vital to keep the people in power in check.” Grassroots initiatives, activist movements and the shift towards a more open public dialogue is a start, “but I think Montreal has a long way to go to confront its racism.”

Wherever the battle lines are drawn, be it class, race, sexuality or gender identity, Róisín emphasized the process of unlearning and listening to the experiences of the other, something easier said than done but essential to foster a community. “Unlearning our own hatred of ourselves will help us accept and love and connect with everybody. And it sounds so corny but I actually really believe it works.”

Self-acceptance, she said, starts with accepting others and their own complex identities. “Women especially are always pitted against each other. I wish I knew when I was younger that it’s okay to embrace and love and not be jealous of other femmes.” As she wrote in her essay “Unwavering Nourishment of Femme Friendships,” “there is something irrevocable in the way women can lift other women up.”

Perhaps the coming-of-age lesson is applicable on a wider scale; if Montreal’s Pride is to stand as a pillar of inclusivity there must be a desire to actively ensure the safety and acceptance of each member of the intersectional community. “The only way you can actually create change is by being really active in bringing up people and looking out for voices, spaces and organizers that are actually doing this stuff, and there are so many people — reaching out to them and making connections and really building these spaces,” says Róisín. “We all need to feel included and feel like our communities care about us.” ■ 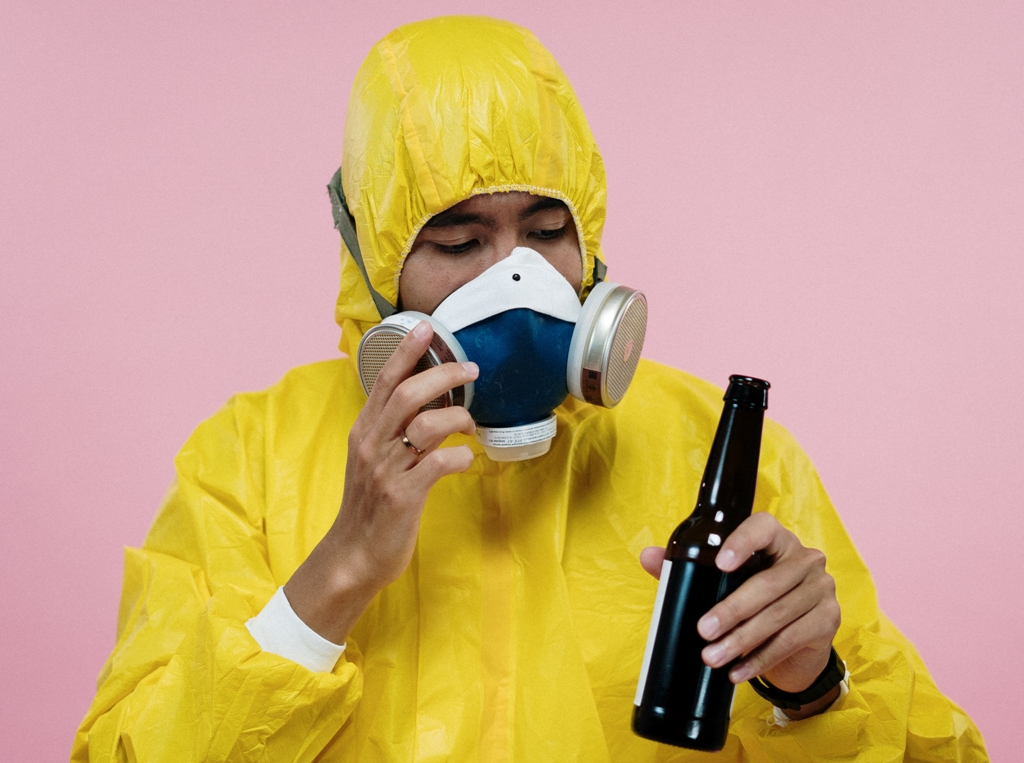 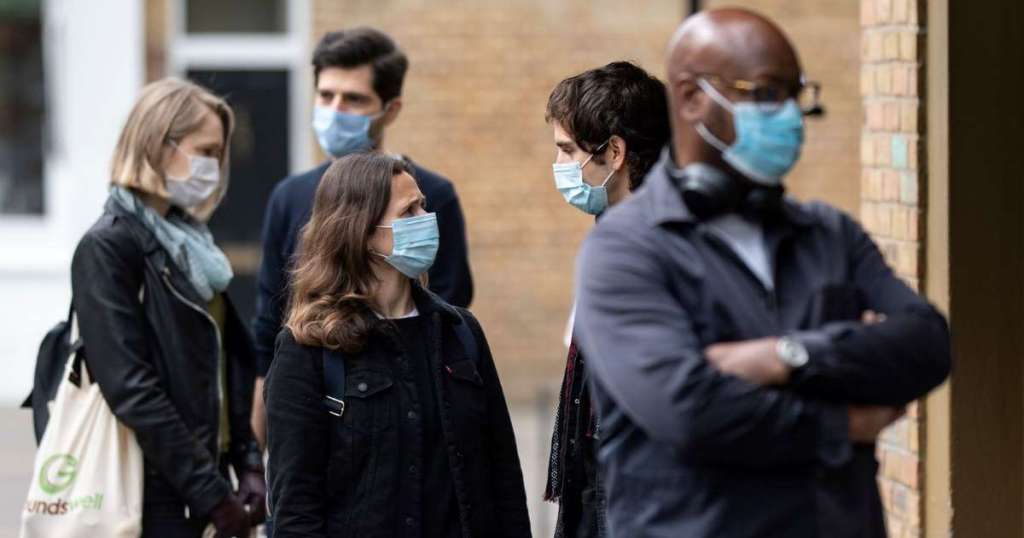 To the people still complaining about wearing a mask: You’re well in the minority