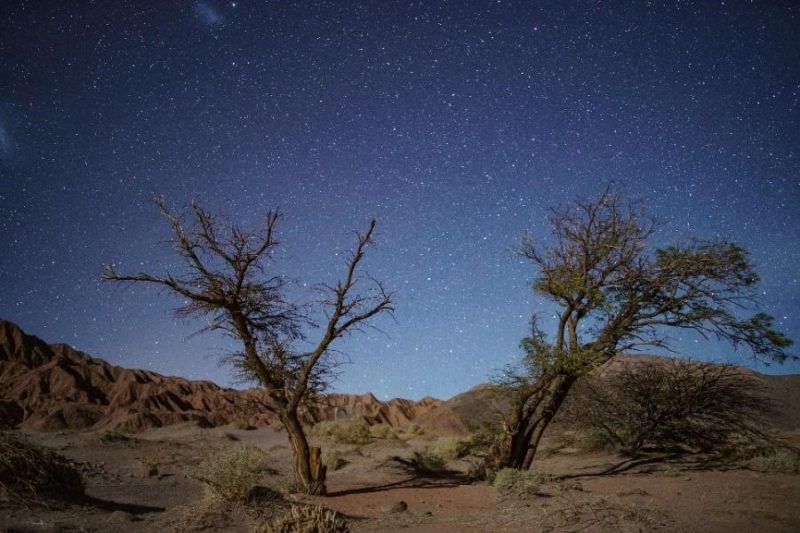 Living in the city, most of us have lost touch with the night sky. Dirty with pollution and light, most of us lose track of the movements of the universe around us. Skyscrapers and highways obscure our vision and we lose sight of the infinite expanse above us. For those among us who might not be lucky enough to travel regularly outside of the city, the new documentary Cielo is the next best thing. An experimental and prosaic essay on a view of the night sky in the Chilean Atacama Desert, the film blends poetic and awe-inspiring views of the heavens with talking head interviews with planet hunters, astronomers and locals.

I sat down with director Alison McAlpine to discuss the film.

Justine Smith: What motivated you to make this documentary?

Alison McAlpine: I was down in Chile, I had received a Canada Council grant to pursue another project. Chile was still constructing the biggest digital camera in the world, and creating a new observatory that would look into space deeper than they had before. I read about this project — about this sky being such a precious and unique place — in The Guardian. I was never a big astronomer, but I always liked watching the sky as a kid.

I went to the old village at night. It happened to be a night without a moon, and there were no street lights and all of a sudden, I looked up and I had never seen anything as beautiful. I felt extraordinary freedom and I had a million questions. That was the catalyst.

JS: How did you approach the challenge of actually capturing the night sky on film?

AM: It’s a crazy challenge. How do you capture the extraordinary beauty and grandeur [of the sky] within the confines of a picture frame? I don’t like most time lapses. They are very digital and there is no time to enter the image. It was a constant exploration of rhythm and finding the texture.

We used a camera that was very sensitive in low light. It didn’t make a huge difference for the timelapse, but it certainly made a big difference when we were shooting people watching. With just a little moonlight, the camera is so sensitive without artificial light, you can capture extraordinary images. Almost like old film, it has a certain texture to it. I really wanted something organic and natural to try and bring out those colours that change all night.

JS: You also use the same visual effects used by Donald Trumball in The Tree of Life — can you explain that process?

AM: I wanted something to capture the intimacy as if you were right beside a planet or a star. I wanted to try and create images that in a way that provoked one’s imagination. In the rough cut we used Terrence Malick’s Tree of Life as references. But we couldn’t use those images and I wasn’t interested in CGI or NASA images that we’ve seen a million times either.

I was extraordinarily lucky because to even approximate what they did in The Tree of Life you need a Phantom camera and an enormous amount of light. It’s organic effects in these aquariums usually.

Frederic Chamberland, who owns the camera and has a studio, he liked the project. He said you can do it if you do it in February when it is a downtime. I gathered a wonderful crew in Montreal: DOP Mathieu Lavardière, camera operator Frédéric Chamberland, Supervision VFX Philippe Toupin.

We didn’t have a lot of time. Trumball had weeks, we just had days. So we gathered all these organic materials and we prepared all these set-ups. We improvised with milk, paint, ink and dust. The idea, in brief, was to create something intimate and organic. 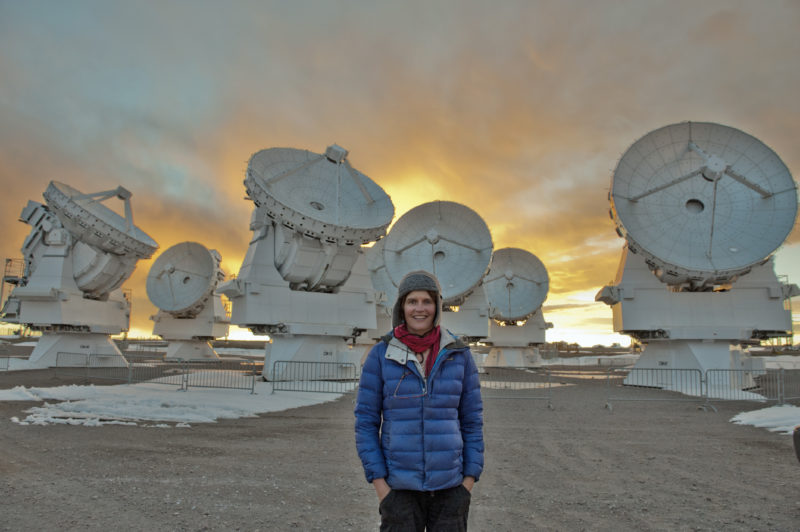 JS: What are we losing by living in cities and not being able to see the sky?

AM: We project so many things in the sky: deaths, God and myths. You can even say science is up there, too. When you are [in the desert] you have the physical sensation that you are on a planet. I love what Mercedes Lopez, the Spanish scientist in this film, says. She talked about how if everybody in the world could just see a sky like the one that’s in Chile, we would be a little more humble and a little more human. You realize you are so, so small, and the things you get wrapped up about are insignificant.

JS: You have a very personal interview style. How do you approach your subjects and create these relationships?

AM: Intuition and chance. I find characters who I think will live on film. Characters and landscapes are always my starting point. I either stay with people or I observe them before because I want an intimacy with the character when the camera isn’t there. Then, in terms of questions, I really just talk. I tried to find a character who each had their unique vision of the sky.

Like, in Chile there are so many people who have extraterrestrial visions and you could do a whole film on those. But, I didn’t want to do too many of them, though they are interesting. The sky is so alive and there is an understanding and even if sometimes the stories were a bit repetitive and familiar, it was very real to these people. It didn’t feel Americanized.

JS: Is there anything you’ve discovered in making this film?

AM: I really discovered the desert for the first time. There is something extraordinary about the desert because the gaze is looking upward.

One thing that surprised me was when I was with Cipriano. In the film he is with his nephew, they’re on their horses and they have all these goats. They’re talking about what happens when an extraterrestrial gets together with a human and they [create] semi-Gods. When I went with [Cipriano] before we shot, I spoke barely any Spanish. So we were sometimes struggling to communicate.

He’d been telling me about all these visions he’s had with light. For seven hours we are travelling and we arrive [at our destination] and he’s a bit disappointed because it’s a full moon. He always sees these visions when there are more stars in the sky.

We’re going off to sleep. He likes to sleep outside on his saddle and I was under some kind of tarp. We are in this little camp and all of a sudden, there is this platform that looks to me like it’s from a b-movie or out of a Spielberg movie. It comes up the hill and I think, “This can’t be real.” It felt so bizarre and he’s so excited, like, “This is what I’ve been telling you!”

He wanted me to take a picture. I didn’t have my tripod ready and I knew that anything wasn’t going to work. Then the thing just disappeared. For him, it was because I was trying to take a picture. For Cipriano, it was unquestionably an extraterrestrial. For me, I don’t know what it was that we saw, but it’s something I never saw before. ■