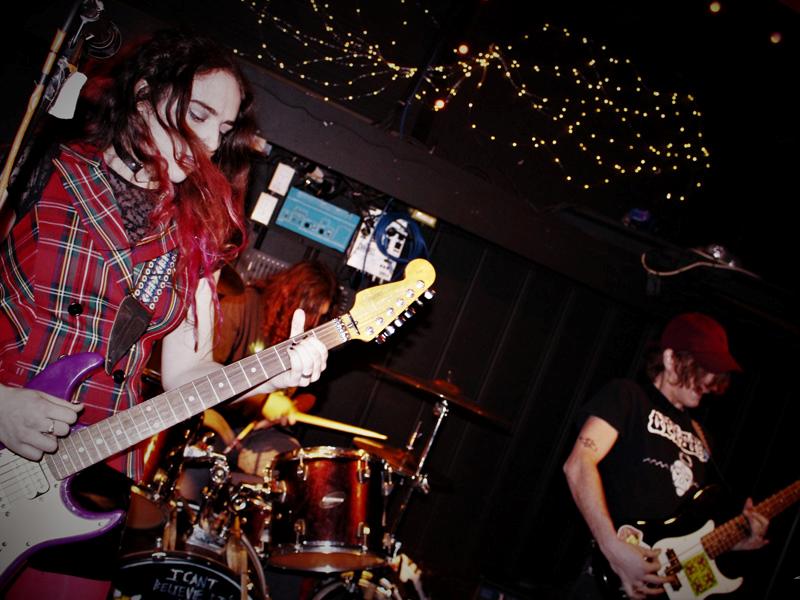 The first thing Rebecca Sevrin of Montreal original hardcore punk band No Policy said to me when I met her was, “Two girls with big mouths. This is going to be perfect.” We were grabbing a beer Katacombes, at the ’77 Montreal BBQ.  That’s when we started plotting the discussion we were going to have about what happens when two generation of punk grrrls meet. We were both thrilled to be playing the festival, No Policy having played their last gig in 1988 and my band Pussy Stench rocking out in underground bars for the past three years. On one of the sweatiest days of the Montreal heatwave, we connected by phone to chat about our experiences.

Rebecca Sevrin: I did what I wanted to do. For me, (sexuality or gender were) irrelevant. I didn’t care if the guys were doing it — I wanted to do it, too. I think that being really stubborn about it helped me more than I thought at the time. I feel like most of the people I met in the scene (in Montreal) were open to me playing and I don’t think I had any problems until I left my group of friends after No Policy to move to California. That’s when things got a little harder.

Devan Kelly-Menard: Sounds like the punk community was more accepting at the time.

RS: Exactly! Because it was punk, it was all DIY. We take the freaks, we take the geeks, we take anyone — as long as you have something to say, we’ll take you. And if you don’t, we’ll take you anyways. It wasn’t a scene that you couldn’t join if you were a girl. We were open to everybody.

DKM: What were the punk bands like in Montreal when you guys were playing?

RS: It was all over the map. When I was playing with No Policy, the other bands that we hung out with were Genetic Control, Fair Warning, Unruled, Scum…. and each band had their own agenda. Scum was anti-cops. Fair Warning was “let’s see how fast we can play.” Others were talking about personal things like, “I don’t want to get out of bed.” We were kind of political — Ron wrote all the lyrics and that was his thing. We all had our own message, but we didn’t all follow a style. I think Vomit and the Zits just wanted to party and get high but they had some great songs.

We all rehearsed in the same building, it was like a family. I considered all those guys to be my brothers. It was not the same when I went to California. The punk mentality was not marketable anymore. It wasn’t a community feeling. If an opportunity came up, people would stay quiet about it even if a friend was suited for the opportunity. They’d rather nobody have it than their friend. That was the mentality. It wasn’t like that in Montreal. San Francisco was pretty cool, too, but Los Angeles was a pretty hard nut to crack. 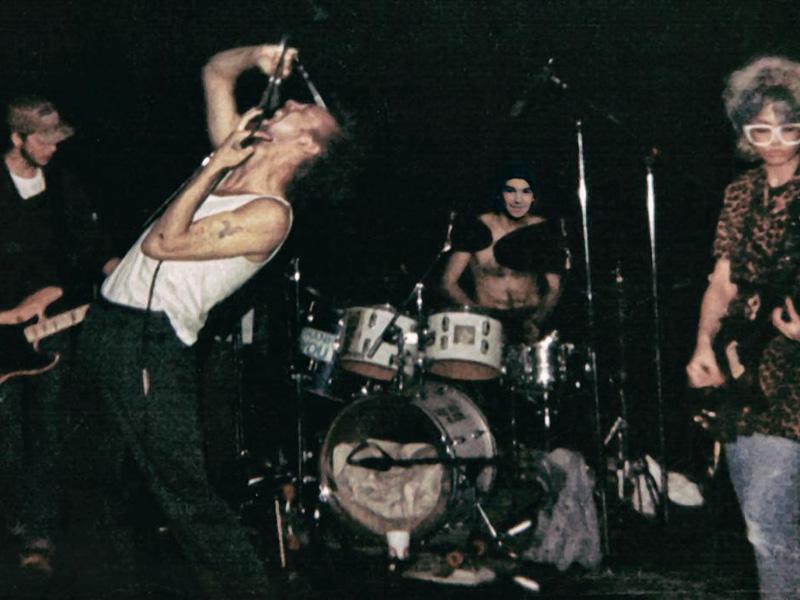 DKM: From what it sounds like, the punk scene in Montreal was a big thing at the time, new bands coming out all the time and stuff. It makes me sad to think that now there isn’t really a “punk scene.” I remember when my friends and I started Pussy Stench, we were like, “Let’s bring the punk scene back to life.”

RS: Back then punk wasn’t a fashion statement. I remember one year I had pink hair, and nobody had pink hair. In fact, people thought it was really strange. Now I go to the mall and see six different girls who never listened to punk with pink hair. Things are changing.

DKM: In the ’90s, bands were being labeled “riot grrrl” because they were female-fronted or all girls. But a lot of them didn’t even identify with the term. They just wanted to make loud, angry music. It was taking the meaning of male aggression in punk and switching it to female aggression, a voice that was left pretty unheard in the industry. But a lot of people were focused on the fact that girls could play the guitar.

RS: That’s it. It wasn’t about being a woman necessarily. It was about wanting to play loud, not wanting to play an acoustic guitar. And I don’t want to sing folk. I had another band that formed in California called Frightwig. We were a little bit before Hole but after the Runaways. After my misadventure in L.A., I saw Frightwig playing in San Francisco. They were three girls screaming on stage, feedback, out-of-tune instruments, heckling all the guys in the crowd… and I thought, “This is my new band.” I followed them around until I could join the band. Punk was kind of over then and grunge hadn’t started yet. They called us grandmothers of grunge. If a guitar string broke, if shit went wrong, we didn’t care. Can you imagine being in a band with three girls who just don’t care and don’t want to be pretty?

DKM: I can imagine. Actually, that’s kind of how it was when Pussy Stench started out. Originally, we were four girls and we’d seen some other girl bands who were going for the pretty image. We weren’t into that. We barely knew how to sing or play our instruments but we just wanted so badly to get up on stage and perform.  We wanted to have a good time and for the crowd to have a good time. It wasn’t about being perfect. It turned some people on and turned some people off but we didn’t care.

RS: No, it’s not about being perfect. It’s about getting that energy and that anger out.

DKM: As a woman, have you ever run into any problems in the punk scene because of being a woman?

RS: Still, to this day, I’ve had guys ask me questions about our gigs and think I couldn’t possibly know the answer because I’m a woman. I’ve dealt with a lot of macho assholes. And I’m like, “Hey, if I wasn’t in town we wouldn’t be doing this show. So why are you treating me like I don’t know what I’m talking about?” Same thing when I go to a music store with a guy. I never get addressed seriously. I’m just the girlfriend who holds the coat while they choose the instruments. Men have this idea that women can’t be serious musicians.

DKM: It’s like, as a girl, you have to prove yourself as a musician. People see a dude with a guitar and assume he’s a good guitarist. Whereas people seem genuinely surprised that I’m in a “real band” and “actually play electric guitar” and not some indie stuff. On another note, with everything happening today, the Trump era, the Me Too movement, etcetera, how do you feel that relates to punk music? I know my band wrote some lyrics when Trump got elected and added them to our song “DIY Abortions” which is all about having control over your body and your life, as a woman. The original message of punk was giving a voice to marginalized groups and people who feel unheard. I guess that could relate to the Me Too movement and now is as good a time as ever for girls to build the confidence to start their own bands and speak up about these types of issues. What is there to be afraid of? All these people are already being open and honest online. There’s not enough girl bands but maybe women and girls are becoming a bit more confident to go on stage and be loud.

RS: They shouldn’t be afraid. There’s room for everyone. And if you don’t do what you love and want to do, you’re going to be miserable. ■