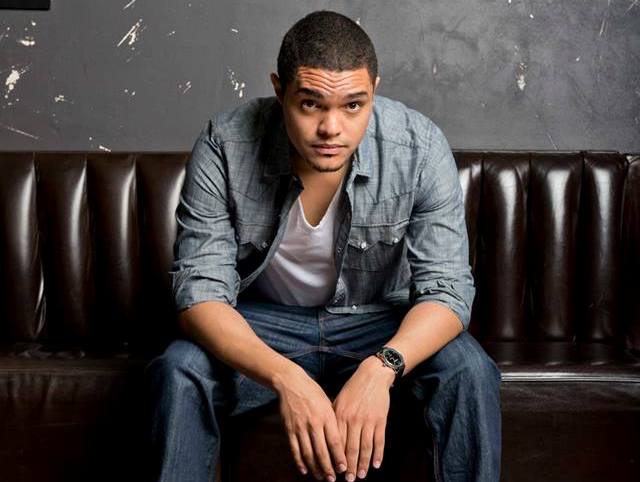 The first of two Trevor Noah galas began a little late, as hundreds of people were still filing into Salle Wilfrid-Pelletier at 6 p.m. The show’s early start time may have had something to do with the particularly annoying hype session that preceded it — yes I will holler and clap when the host comes out but no I will not stand up and clap along to “Mony Mony” as some fat guy runs up and down the aisles — EVER.

It was all worth it when Trevor Noah did finally come out, and though it took a minute for him to get into the political material everyone was craving, we had a great time getting there. Noah called out our so-called bilingual city (“No, it’s a French city with smatterings of English”), marvelled over our Chinatown (“It’s China in Canada — it’s like the slowest invasion ever, one restaurant at a time”), complained about the heat and local news and then started calling out latecomers, focusing on one woman in particular (shout-out to Nicole) and blaming slavery for the stereotype of black people being late all the time (“What happened that one time that they arrived on time for the ship?”).

The Daily Show viewers know that Noah relishes any opportunity to talk about Justin Trudeau, and last night he transitioned into Trump jokes by digging into Canada’s lightweight political scandals, particularly Trudeau’s Indian garb — an exercise in “trying too hard” that’s actually refreshing next to the outright racist policies in place in the States right now, he said. The Trump administration has brought about “exciting and terrifying times,” Noah stated, contemplating what’s inside the mind of Donald J. Trump  via recent reports about his shaky relationship with Melania.

The Trump jokes were far from over as Noah wrapped his opening monologue and began introducing comics. There were no big names on this bill, but the acts were pretty consistently strong, from Michelle Buteau’s self-deprecating routine (“My look is if Megan Markle let herself go”), Baron Vaughn’s bit about how we’ve reached “peak music festival” (“music festival posters are like a hipster eye exam”), Aisha Alfa’s rundown of her Las Vegas bachelorette (specifically the Thunder Down Under show) and Jim Norton’s occasionally filthy jokes about his dating misadventures.

All the comics were well-received by the crowd until the grand finale: After a familiar lectern bearing the U.S. presidential seal was rolled out, Anthony Atamanuik was introduced as Donald Trump, and his transformation into the grotesque orange leader of the free world was so convincing (especially from row S), that the sight of him was almost nauseating. Having mastered the voice and mannerisms, too, Atamanuik would be well-advised to get his own Secret Service. As his routine closed, however, Atamanuik broke character slightly by using a couple of words that can’t possibly be part of Trump’s vocabulary — “enlightenment” of all things. That broke the tension just in time for a hearty round of applause to wrap a pretty great JFL gala. ■