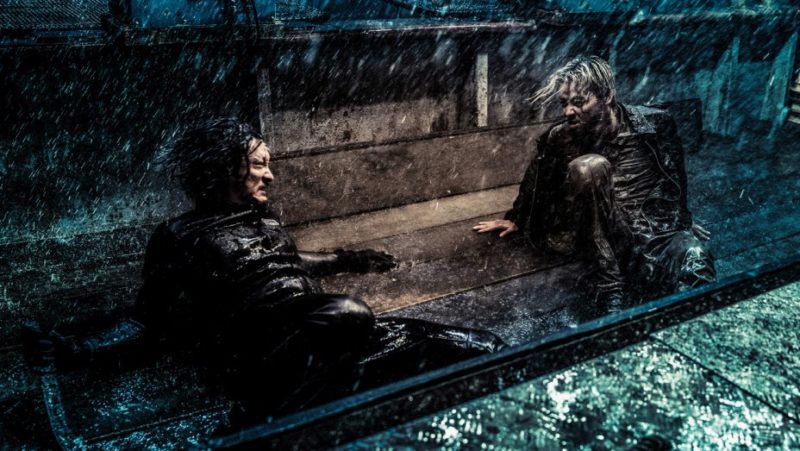 Cheng (a doomed, bleached blonde Zhang Jin) is a disgraced cop freshly out of jail. Jiang (a pocket harpoon-wielding Shawn Yue) is a smuggler, betrayed by his underworld father figure. These two men are sailing towards each other in a search for the triad’s lost gold. Kidnappings, gang fights, foot chases, revenge and betrayals are all part of the trip as these two adversaries must head into the high seas to get their way.

In his first movie as a director, Jonathan Li is delivers great action scenes. The fistfights channel the best of clean and clear Jackie Chan action choreography with a deliberate sprinkle of 2011’s The Raid-brutality. A rain-soaked fight aboard a ship stuck in a typhoon becomes a highlight in-between the footchases and parking lot fights.While the fisticuffs are exciting and inventive, the scenes in-between are treading water. The usual crime melodrama themes of duty, brotherhood and betrayal are trotted out along with buddy cop movie tropes, padding out the running time until we reach the next action scene.

Detailed fight sequences and intriguing performances from the lead characters liven up The Brink but they are not enough to elevate this crime thriller from the watery depths of boredom. 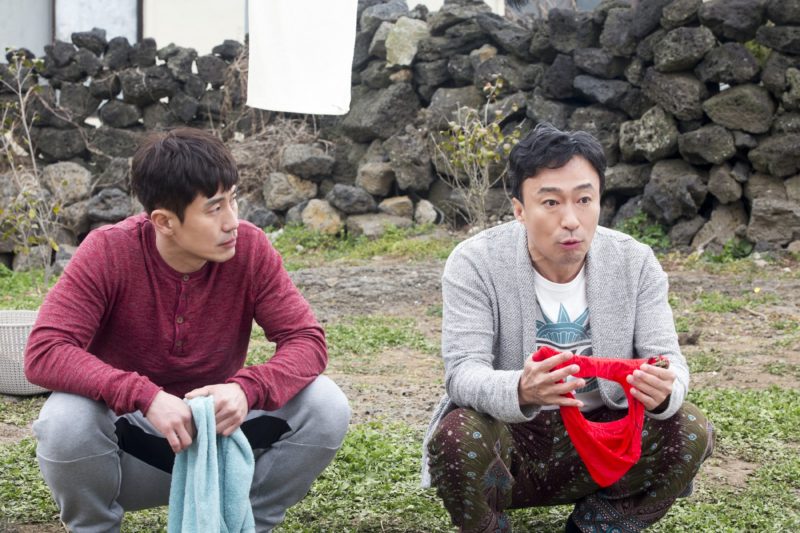 What A Man Wants

One of the reasons we’re given for the current preponderance of extremely explode-y blockbusters is that the international market is more important than ever, and American comedies and dramas just don’t travel as well. Cultural differences just make them less appealing in other countries, they say, and simpler storylines simply work better. This apparently doesn’t apply to South Korea if the slick rom-com What A Man Wants is any indication; it’s so deeply and utterly indebted to the semi-indie, post-Apatow dramedy boom that you find yourself wondering which of the two guys would be played by Jason Sudeikis.

Chef Bong-soo (Shin Ha-kyun) has been married to his wife Mi-young (who co-owns his restaurant) for years; though their relationship has gone pretty cold over time, he wouldn’t dream of doing anything about it. His brother-in-law Seok-gun (Lee Sung-min), a former roller coaster designer turned cab driver (!), on the other hand, has been cheating on his wife Dam-deok (Jang Young-nam) for decades; he even considers it the very thing keeping his marriage together… provided his wife doesn’t find out, of course. All this philandering eventually leads Bong-soo to Jenny, one of Seok-gun’s former paramours. Jenny knows what she wants and isn’t scared to get it, which suddenly plunges both of the brothers-in-law in a complicated cover-up.

Though it isn’t nearly as regressive as it could get based on that synopsis, What A Man Wants has a very peculiarly American neo-vaudeville feel to it, complete with slamming-door setpieces, people hiding under tables at inopportune times and (in one particularly bizarre move) insatiable lust stemming from accidental grinding. It’s all in good fun, but this shit is honestly worn to the bone, and the way this particular iteration is put together doesn’t leave much space for innovation. (Alex Rose)