It’s not much of a leap to take fraternity pledging/hazing rituals to the horror realm; the few films about it that have been released in the last several years have basically just been self-hating genre films. Daniel Robbins’ Pledge is a lean horror thriller that applies the macabre to something that already feels pretty alien and horrifying to most of us. Justin (Zachery Byrd), Ethan (Phillip Andre Botello) and David (the film’s screenwriter Zach Weiner) are three inseparable dorks who are having a hell of a time finding a fraternity to pledge to as most alpha bros wouldn’t dream of sharing their decadent college experience of brotherhood with these socially stunted dudes.

Things briefly look up when they score an invite to a frat party deep in the woods. After a memorable night of partying in a world they never dreamt they’d touch, the three friends are held over by the psychotic frat leader (Aaron Dalla Villa) for a day of initiative pledging that soon switches gear from the unpleasant to the downright deadly. 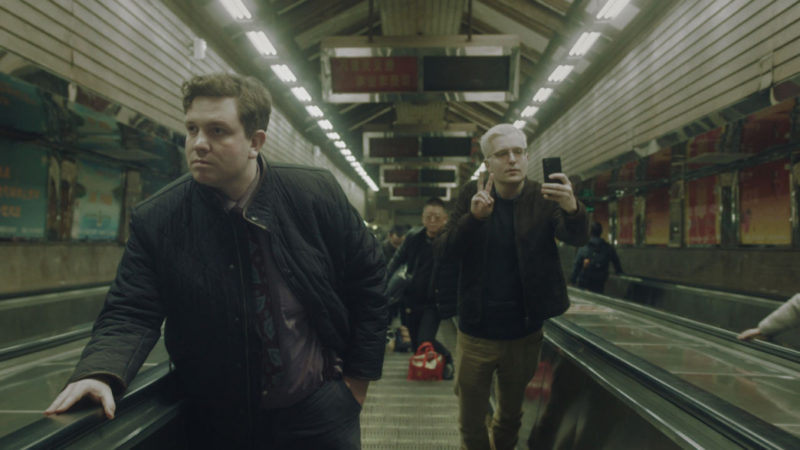 There’s something with Scandinavians and making the best of absolutely absurd and awkward premises. Case in point: Danish director Mads Brügger and the very droll The Saint Bernard Syndicate.

Frederik (Frederik Cilius Jørgensen) is a wannabe entrepreneur, clumsily failing at gaining any investor interest in his harebrained scheme to start a Saint Bernard dog breeding business in China. He finally ropes in Rasmus (Rasmus Bruun), a former dorky schoolmate and current bed salesman who only agrees to invest after he finds out he’s possibly dying from ALS. See what I’m saying about absurd premises?

Brügger and writer Lærke Sanderhoff punch this up with deadpan jokes and the darkest of humour, taking this plot in every amusing direction, without veering into goofball territory. They’re blessed with the comedic presence of Frederik and Rasmus, the former nailing the role of the obnoxious, ignorant business buffoon, while the latter creeps his way into the most cringe-worthy moments. There’s a tension throughout; the comedy lies in its most uncomfortable moments, making us squirm in anticipation of the most inappropriate conversations and dialogues. If you’re a fan of that odd Scandi irony, you’ll definitely dig this and, rest easy, no puppies or big dogs are harmed. (Roxane Hudon) 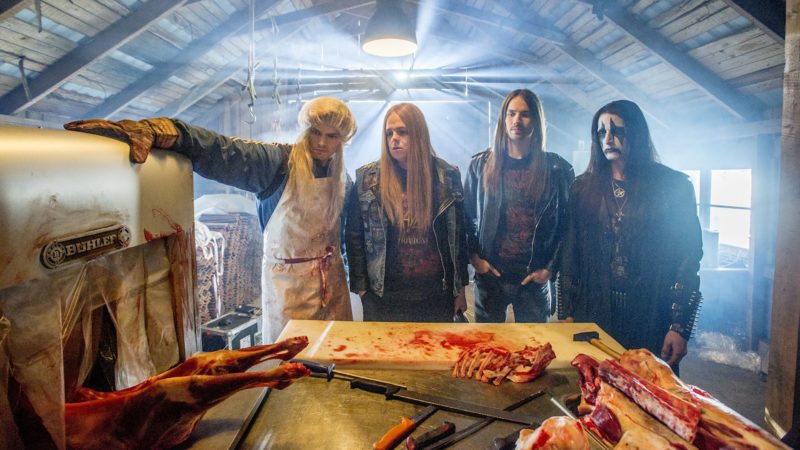 Behind their tousled manes and scary band tees, metalheads are just a bunch of delightful weirdos and sweetheart outcasts who just happen to really love aggressive music and bands that may or may not be called Goatwhore. Finnish directors Juuso Laatio and Jukka Vidgren offer them a tribute in the form of their first feature, the kinda adorable, kinda silly and all-around good time Heavy Trip.

The story might ring a bell, of small-town rejects with big-time dreams, but the head-banging details make all the difference. Hair-swinging metal stud Turo (Johannes Holopainen) leads Impaled Rektum, a band of raging music misfits that includes a reindeer slaughterhouse employee and a stoic metal nerd. When the opportunity to play their brand of “symphonic post-apocalyptic reindeer-grinding Christ-abusing extreme war pagan Fennoscandian metal” at a big festival in Norway pops up, they just can’t pass it by!

This might just be the sweetest metal road-trip comedy I’ve ever seen…and I’ve seen LOADS. It cranks out goofy gags, shreds sharp quips and whatever other musical allegory you want to throw in to just say that this is a really fun movie. Even if you’re a little less Children of Bodom and a little more Ariana Grande, the clever jokes, lovable characters and epic shots of Finnish and Norwegian landscapes will kick that devil horn out of you eventually, while the Uruguayan grindcore references might swoop right over your head. Enjoy, enjoy it loud and hail Satan, or something. (RH)