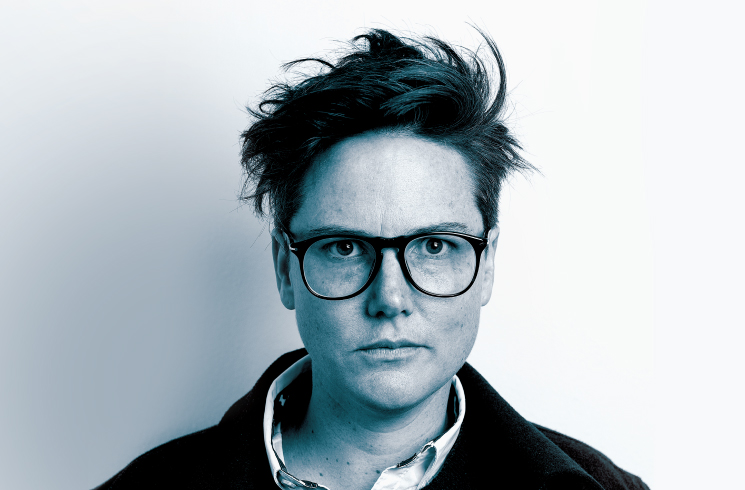 Being in the room at Olympia Friday evening to witness the final live performance of Hannah Gadsby’s runaway, zeitgeist-defining Fringe show-turned-Netflix special Nanette felt like a Very Important Moment — the kind you don’t necessarily expect to experience at a comedy show, even while acknowledging comedy’s growing importance as a vehicle of cultural and socio-political analysis and activism.

The buzz that’s built up around Gadsby since the release of Nanette on Netflix on June 19 is a certifiable cultural phenomenon, guaranteeing a sold-out show even after it was moved to Olympia from the much smaller Maison Théâtre to meet demand — and the 1,200 or so lucky ticketholders were in for one wild ride.

Presumably, most of the crowd had either already seen the Netflix special (I had not, having wanted to see the live show fresh) or had read some of the many reviews and thinkpieces about the show that have flooded the media landscape. We knew what we were in for. We were prepared to be devastated and hungry to be obliterated together, holding onto each others’ laughter, gasps, tears and affirmative, thunderous applause for dear life.

Gadsby’s show starts off like many other stand-up shows — sharing personal stories of awkward family and social interactions, and about her youth and self-discovery, including the requisite (for queer comics) coming-out story — skillfully delivered for laughs in a self-deprecating way.

Where Gadsby diverges from the expected and becomes transcendent is where she begins to analyze and deconstruct the technical elements of a joke and a stand-up set, pulling back the curtain to reveal the mechanisms of tension build-up and release that’s at the heart of the joke format. Like a rogue magician spilling the secrets behind the tricks, Gadsby explains to the audience exactly how she’s manipulating our feelings, in real time, while we gleefully watch her do it.

Not content to stop with simply making us laugh, Gadsby tempestuously steers us straight into the choppy seas of trauma, violence, injustice, sexual assault, privilege, power imbalances, toxic masculinity and the male gaze — using knowledge from her art history degree (and an unfortunate, cross-armed, straight, white man named David in the front row) as punctuation — to stir within us the deep sadness, frustration and blissfully cathartic righteous anger that are ever-present and desperate for articulation in times like ours.

Gadsby can do this so well and with such abandon because it’s her last day. In the first half of Nanette, she puts in her notice, explaining that she’s quitting comedy, tired of the humiliation and devaluation that comes with self-deprecation. This act of self-preservation gave her the freedom to let loose in a way one might not if they’re concerned with business as usual. However, she doesn’t let us wallow in anger — she reminds us that collective anger is a destructive force and closes the set by telling the audience that she wanted to do something constructive with her voice. Through a sustained, three-curtain call standing ovation, her audience assured her that she has succeeded.

In the wake of the success of Nanette, Gadsby has since acknowledged that it would be foolish to quit now, but there won’t be any going back to business as usual for anyone who’s seen this marvelously executed piece of comedic theatre — the teacup has hit the saucer and it’s made an extraordinarily satisfying clink heard round the world. ■