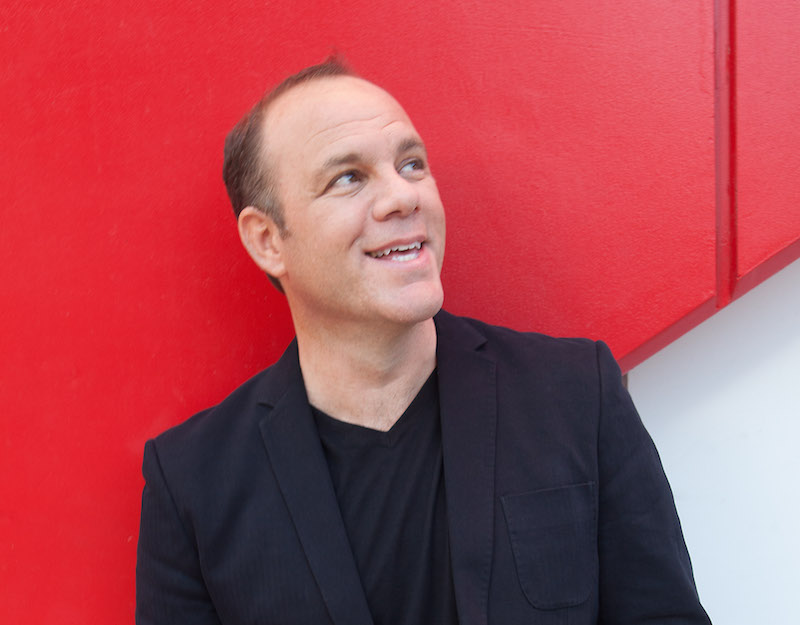 When it comes to comedy, Tom Papa is an old pro. And though that isn’t meant to be taken literally, it could be. He’s toured with Jerry Seinfeld, been in movies with Robert De Niro and has performed at Just for Laughs so many times that, when July comes around, he is generally seized by an urge to fly to Montreal.

So, yeah, Tom Papa ain’t the big-eyed ingenue as much as he’s the grizzled vet who teaches the rookies the right way to play the game. That said, there are no signs he’s slowing with age. He just released a book and is bringing a show called You’re Doing Great! to the festival this year.

A few weeks ago, I talked to Papa about funny, family and fat.

Tom Papa: It feels great. You know, it’s funny, I’ve been there a whole bunch of times and every year I think, ‘maybe I’ll take next year off.’ And then when this time of year kicks around, something in my subconscious says I’m supposed to be on a plane headed to Montreal. It’s such a treat as a comedian. You run around and you do your thing solo, and then it’s kind of like your reward at the end of the year to go to the festival and see all your friends that are also headlining other places that you don’t get to hang out with. It’s almost like a New Year’s Eve for comedians.

DJ: Your material lends itself towards a certain kind of familiarity. You talk about your life all the time. You talk about your marriage, you talk a lot about marriage in particular. This is well-worn territory; we’ve heard jokes about marriage, husbands and wives since there’s been comedy, but your material is always very good, and very fresh, and it resonates. How?

TP: It’s not just the marriage stuff. It’s stuff about families, it’s stuff about culture. I don’t think you can come up with any new topics, really. There’s never been a Tom Papa before, so it’s my job to always write, and always create, and always give you my perspective on whatever I’m writing about, whether it’s marriage, or kids or whatever it is. That’s the thing that’s going to set it apart. If you’re lazy and you just rehash what other people have said regardless of the subject, whether it’s family stuff, or being single stuff, or dating stuff — if I was lazy about it, you would say this material has all been done before because I’m not really doing the work. If [I’m] doing the work, and really mining it, and trying to dig as deep into my perspective as I can, it should always be fresh and new.

TP: Yes. I don’t know if they are interested in the act, but they think I’m funny as a person.

DJ: And your wife?

TP: Yes. I can still make her laugh. We don’t take anything very seriously.

TP: I really feel like stand-up, at its best, is poetry. It gets boiled down. You take this big idea and you boil it down and use the fewest amount of words you possibly can to say a big idea with a lot of impact. And a book, it’s kind of like the fat around it. You’re still being funny, still writing, and it’s the same thing, but you’re not boiling it down to that essence of stand-up. But, if I continued editing that book, and I didn’t have a due date, I probably would have ended up a lot closer to stand-up, because you start seeing all the fat and all the extra, and you start peeling it away and peeling it away, and if they had left me alone for another six months or so, it would have gotten close to [stand-up] because the economic use of words, I think, is important with all writing. [I’ve] had, like, 25 years of taking it to that level. The due date was the only thing that kept it in book form.

DJ: The fat is the stuff that makes things tasty, and if you leave the fat on, it cooks better and it tastes better. I think it was David Mamet who said that a perfect screenplay would have no dialogue.

TP: I can relate to that.

DJ: You’ve been on television, and you’ve been in movies, and you have a book, and you tour, and people know your name. What’s next? Is there a next thing?