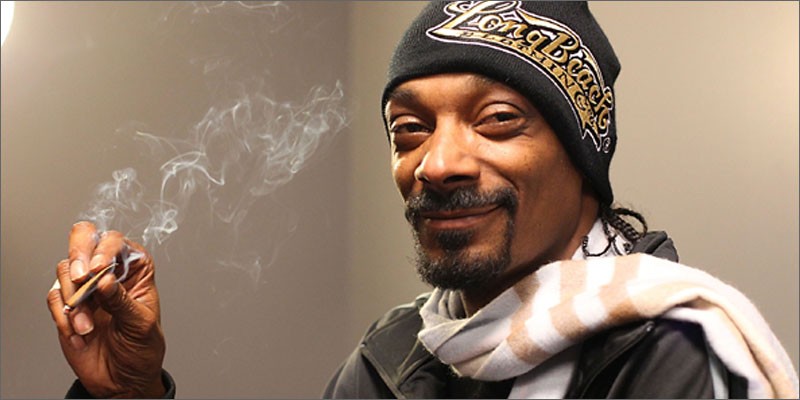 At the recent C2 conference in Montreal, “high-rolling entrepreneur” Snoop Dogg made an appearance alongside Ted Chung, his cannabis business partner of over 20 years, and Vice cofounder Suroosh Alvi to address questions and concerns about the impending legalization of cannabis in Canada.

“Snoop’s business opportunities here have flourished,” said Chung. “There’s a lot of toxicity in the government in the U.S. that makes Canada and what Trudeau is doing — not all of it, but the way he handles it — really appealing.”

“Canada is more advanced with the thinking, like, ‘let’s just do it, let’s make it happen!” Snoop said, compared with state-by-state proceedings south of the border.

The duo’s joint business venture Merry Jane offers weed-focused information and multimedia content across a digital media platform, reflecting and promoting diversity within both the supply chain and marketplace. “One thing Snoop and I talk about often is that it’s good for everyone to have an opportunity working with cannabis but it’s also important to keep in mind where the culture and the history comes from, and that the business opportunities are available to a diverse group,” said Chung.

Acknowledging diversity also means reckoning with the large numbers of people currently incarcerated in Canada on possession charges, the majority of whom, in proportion to the population, are people of colour. “What I would like to see is that they could be released, that would be the first thing,” said Snoop. “As a black man, I don’t want to be making money off of other black men who are incarcerated.”

“If we’re gonna benefit from it legally,” Chung said, “we need to make sure that all those cases where people, and specifically higher indexes of people of colour, have been unjustly incarcerated for these crimes that people are now profiting off of.” Snoop added, “Snoop Dogg is the voice for the reform — LET ’EM OUT!”

Looking past the initial hurdle of legalization, Snoop predicts that Canada, and eventually the world, will be better off with cannabis. This could potentially mean dismantling the supremacy of Big Pharma and its monopoly on the pain management business with CBD, which Snoop himself uses to much satisfaction. “(CBD) is not gonna harm you, as opposed to me taking a bunch of pills, and they have 100,000 side effects,” he said. After seeing someone in his own life reap the medicinal rewards of CBD and THC during chemotherapy treatment, Chung says the potential to heal is enormous.

But more than anything else, Chung and Snoop see the erasure of taboo and a changing collective attitude toward cannabis use in the forecast. “The essence is connecting a subculture to the mainstream, and bringing everyone onboard to make them feel comfortable with all the benefits of cannabis, whether it’s recreational or medicinal, social, etcetera,” said Chung. “Everyone thinks it’s about getting high, and there is something to that, but I think it’s the greater good. And if you want to talk about business opportunities, health insurance concerns, (cannabis) as a substitute for opioids because we’re all going through that crisis right now, cannabis is really, in our lifetime, going to be one of the only true revolutions.” ■