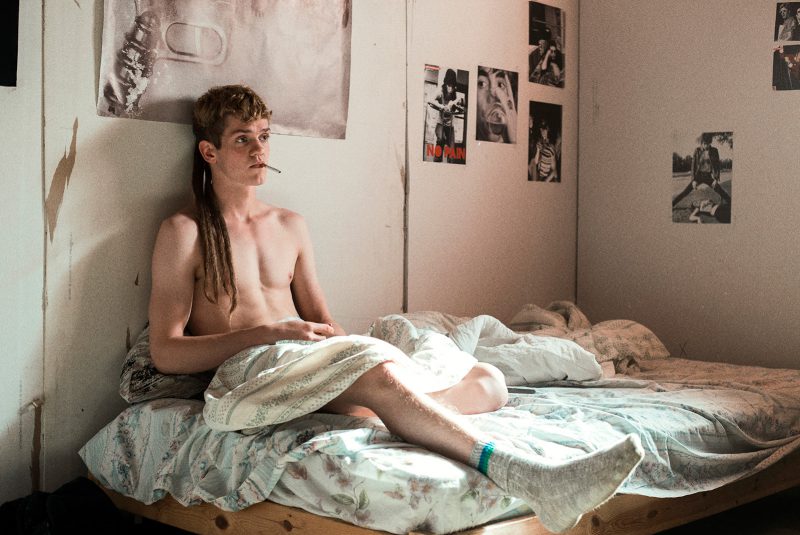 The May-December relationship has been a recurring theme in fiction forever, and yet the scales have been heavily skewed towards the older man/younger woman dichotomy. Ara Ball’s debut feature, Quand l’amour se creuse un trou (literal translation: when loves digs itself a hole) not only bucks that trend — it presents a relationship with a 55-year split. The film’s main character does share some superficial traits with Ball (including a hairdo), but the film isn’t meant to be about Ball himself.

“It’s definitely not autobiographical, but it is super personal,” says Ball. “I did grow up in the ’90s and I did have a close friendship with my grandmother. We had a kindred friendship — she showed me a lot of movies in the ’90s when we didn’t have cell phones, so we’d talk about them before and after. I didn’t have dreads then, but I definitely wanted to. (laughs) I guess it’s an homage, an adieu, to my youth and to my grandmother. The film is dedicated to her in the closing credits. (…) When you write, it’s a very personal experience, and there’s a lot of me in there.”

“It was definitely a bit of a concern,” says actor Robert Naylor when asked about the fine line that may have been perceived between the character and the director. “But not more than that. I just thought it was fun to do something that was edgy in nature. France Castel has a crazy energy, especially for someone her age. It was really easy to work with her, because she just drove with her energy and I followed.”

Miron (Naylor) is a wannabe delinquent teenager — skateboarding, a little drugs, nothing too extreme — whose lifestyle worries his buttoned-down academic parents (Patrice Robitaille and Julie LeBreton). They decide to move to a country home for the summer in order to allow Miron to catch up on his work free of distraction, a decision that does not enchant Miron but that he has little power over. He soon befriends their new next door neighbour Florence (Castel), a free-spirited widow with whom he immediately bonds. Their friendship soon blossoms into a full-blown summer fling, much to the confusion and disappointment of his parents, who are themselves struggling with an extended dip in passion that the holiday can’t fix.

The most obvious parallel is one that Ball doesn’t shy away from — the film is heavily indebted to Hal Ashby’s Harold and Maude, albeit with less of the twee spirit that many filmmakers still credit to Ashby. “It’s definitely a black comedy, so we laugh inside of ourselves,” says Ball. “There are lot of weird things happening with the parents that are kind of right and wrong at the same time. The world that I painted for them is a little over-the-top, but still rooted in reality. I’ve never really done a romantic movie before, so I guess it’s my take on romance as well. I didn’t want it to be a parody of some sort.”

Ball also puts a lot of emphasis on the parents, a couple of thoroughly ’90s academics who often contradict their lofty ideals and performative open-mindedness with very square reactions. (Without resorting to spoilers, let me just say that the title is more literal than it may appear.) “To be fair to parents, I think it’s very hard to be a parent and have values at the same time, create a structure for your child,” he continues. “At some points, they are ridiculous, but I tried to side with them, too, as human beings. I tried to show it from four perspectives, even if the movie is really from Miron’s point-of-view.” 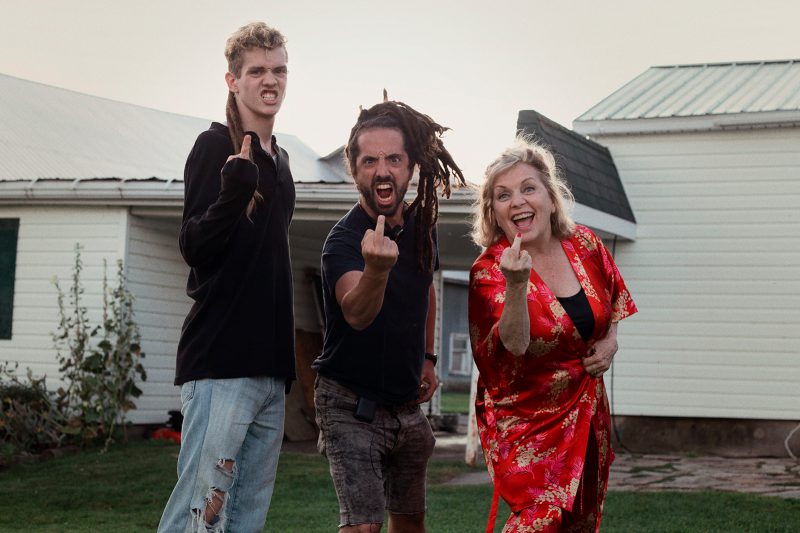 Part of the nuance of the film is that Miron is not nearly the unsalvageable, out-of-control delinquent that his parents think he is. The challenge for Naylor is to convey a maturity and a sense of control that is imperceptible, apparently, to the outside world. “In the parts of the movie where he’s talking with his neighbour, that’s where you see his inner maturity come out,” he explains. “When he’s with his parents, that’s when he’s just like any kid at that age. Everything that your parents say is just useless, and not relevant to your frame of mind at the time. But then again, he’s still a well-raised kid. He’s not a complete asshole who doesn’t respect people at all. I imagine that later in life, he’ll probably end up doing something rather mainstream. That was a fine line — not making him too much of a shit, or too whiny.”

Naylor occupies a very specific role within the film — he’s the lead actor but also the composer, a bit of double duty that happens very rarely in the film world. (The 21-year-old actor has been DJing and composing electronic music since his early teens. In fact, even the earliest interviews published in conjunction with his debut in Podz’ 10 ½ make mention of his parallel career.) “That got settled a couple of weeks after the film was done shooting, actually,” says Naylor. “I came up with the idea in the last week of the shoot that I would come up with some music for Ara to see if he would vibe with it at all, but I never had the intention of proposing that I would score the film. A couple of weeks after that, we were just hanging out and going over some of the quick edits and I brought over a couple of the songs that I had worked on. He loved them right away and thought that the vibe fit the vibe of the movie, and five months later, I had scored the whole movie. (…) I was kinda creating the emotional state of the movie beforehand by acting in it, so I was able to draw on what I felt on-set to translate that into music somehow. I also wanted it to sound slightly ’90s, so I was listening to a lot of Aphex Twin, Boards of Canada and other ’90s electronica to get inspired.”

Both of my interviews with Ball and Naylor being conducted in English leads me to ask that deadly question: why make this movie in French? “I’m bilingual — my last name is Ball-Thibert, but I usually go by Ball — and so my father is francophone and my mother is anglophone,” says Ball. “I grew up watching movies like Léolo, and they profoundly affected me. The culture of Quebec cinema is just unbelievable. Canadian cinema is interesting, I think, but I haven’t really seen any films that have evoked something in me. For me, it was just natural. I thought, ‘Hey, this is a part of me!’ I grew up with it and consider myself a Quebec filmmaker and a French filmmaker and I just happen to be bilingual. It’s a part of who I am.”

Quand l’amour se creuse un trou does walk a line that many have tripped over before — showing a love affair with such a wide age range without dipping into the grotesque. It’s something that could happen almost accidentally; even with the best of intentions, a slight hiccup in directing or performance could take this away from the well-observed and into the ill-advised. “It’s a real process the actors had to go through, that we had to diligently go through and plan on the phone, by email and especially in person,” says Ball. “We not only worked out what we were going to see, but what we were going to shoot. We didn’t shy away from the screenplay; everything that was on there, we shot, but we tried to shoot it in a way where we tried to make it as human as possible. The first kiss, especially, we did in one shot. Originally we had it in more than one shot, but shooting the first shot we had many people on set crying because of what they were experiencing. I think it took me aback, too, because I was experiencing something totally new. I thought it was more beautiful than shocking, and that’s what I wanted it to be.”

Naylor concurs. “When I met Ara, I was pretty confident that he was doing it the right way,” he says. “He kinda has a very zen energy about him. I watched a couple of his other short films before, and they already dealt with pretty on-the-fence topics, so I had faith in him. It paid off.” ■