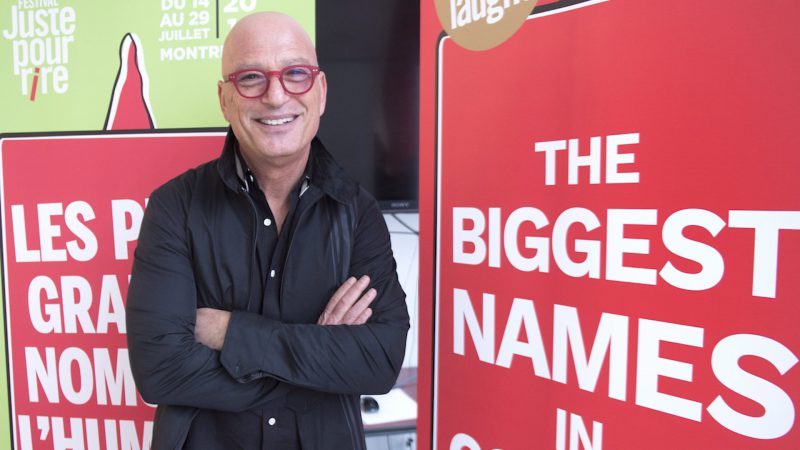 In March, Howie Mandel made a deal that would further affirm his prominence in Canada’s comedy industry, acquiring a majority stake in Just for Laughs alongside talent agency ICM Partners.

“My history with the festival has been almost from the beginning,” he says. “Whether I’ve been performing or just visiting, there is no more exciting or better place to do comedy than this.”

Mandel’s forthcoming All-Star Comedy Gala will be his fourth consecutive JFL appearance. He believes that both his years of experience with the festival and abundant national pride will be two key factors of success in his role with the comedy mecca.

While it will be too soon to implement most of his ideas for this year’s edition, Mandel would like to see the festival achieve new heights through the help of the Internet.

“People don’t know outside of comedy and outside of Canada that this even exists. It’s the biggest [comedy festival in the world], but it’s exclusive. Not in a way that everyone is familiar with Woodstock or Coachella, or any of those. They have become a part of the pop culture. They become part of memes, you can see pictures of them on Instagram. JFL doesn’t have that, it doesn’t live really digitally. That’s just one of the strategies where I wanna grow it.”

The acquisition has been met with its fair share of controversy. With ICM Partners representing big -name talent like Steve Martin and Chris Rock, there has been cause for concern that the investors would prioritize their own clients. Mandel is quick to denounce this, noting that he himself is represented by another agency (William Morris).

“The truth of the matter is that the people that are involved in curating the festival are still here,” he elaborates. “We’re keeping that intact, and they’re not changing their philosophy on how they book. ‘This year’s festival is celebrating ICM’ is not going to be happening. They book based on who’s hot, who’s prevalent, who’s new and who’s funny.”

However, it seems like this promising partnership may be quickly coming to a close. Recent reports following our interview suggest that Bell/Evenko have acquired Mandel and ICM’s collective share of JFL.

In terms of other upcoming endeavours from the comic, fans can look forward to a new season of Deal or No Deal on CNBC later this year. Mandel will be flying back and forth from Montreal to Orlando throughout the summer to tape episodes at Universal and return to the festival. When asked whether there will be any formatting changes to the beloved game show, he insists “there will be no duchesses,” a cheeky nod to former briefcase model Meghan Markle. ■