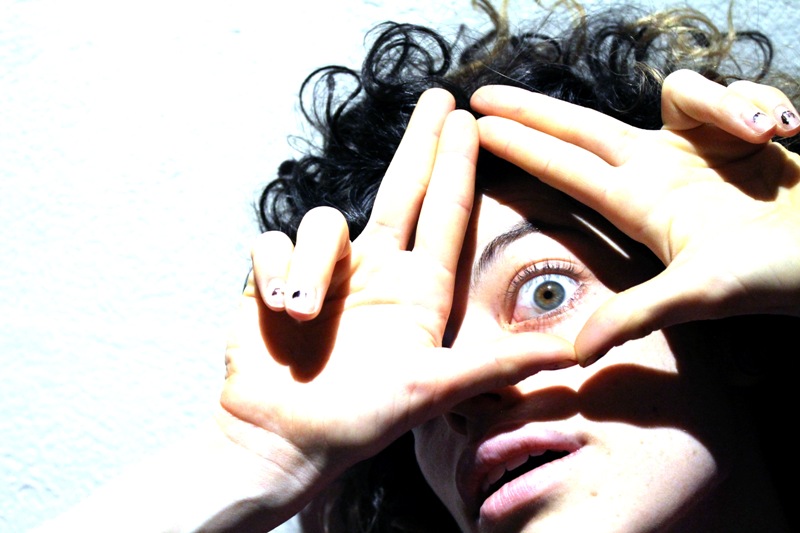 Dance Side of the Moon

I’ve always thought of the Montreal Fringe Festival as a way to get to know your own city and the world in a couple of days. Over 500 artists from Montreal, Canada and elsewhere will pour themselves into over 800 performances that blend theatre, dance, music, burlesque and a lot of DIY weirdness. Organizers have no say over content, admission is cheap and artists keep all their box office earnings.

Here are my recommendations for the festival’s 28th edition. Happy Fringe-ing!

Pro tips: Carry a program with you at all times. See something, say something! Share your thoughts with a paper review at the Fringe Park, or share it on Twitter with #fringebuzz. And if you’re short on cash, consider volunteering for a few hours. Volunteers pick up Fringe bucks, which gain you entry into shows, and most companies will offer a free show to volunteers at the start of their run.

Inspired by true (Canadian) crime, the “model minority” and a reformed skinhead, Lucky is the story of a woman who contemplates ending her life on the Decarie expressway — and the shocking person who saves her. Playwright Marie Barlizo conducted interviews and plumbed her own life for Lucky, which is directed by Sophie Gee, who oversaw the turkey-throwing Pluck’d from Fringe 2017. Too Close to the Sun Studio, June 7–9, 12–17, $10

Montreal choreographer (and returning 13th Hour bartender) Helen Simard is a rock ’n’ roll junkie. Having recently created not one but two homages to Iggy Pop, she took a pun-ny suggestion seriously and created Dance Side of the Moon. The 43-minute dance show is inspired by Pink Floyd’s landmark concept album, and features the elastic, electrifying Maxine Segalowitz. Freestanding Room, June 7–8, 13–17, $10

There’s a sorta navel-gazing trope in Fringe world: the solo show mined from personal experience like malady or heartbreak. Fringe: Improvised aims to gently poke a hole in that benign bubble by concocting a new storyline each show. It stars Montreal Improv regular David Kaufman and the award-winning DJ Mausner, who recently returned to her hometown of Toronto after a few years sharpening her skills here. Montreal Improv, June 8–10, 14, 16–17 $6/$5 students, seniors, QDF & Montreal Improv members

Hot-as-heck Toronto-based sketch troupe Sex T-Rex specializes in a brand of action/comedy that is breathtaking in its timing and agility. Their latest is Crime After Crime (After Crime), which time travels through different crime genres. MainLine Theatre, June 7, 9, 11, 14–15, 17, $10/$8 students

Indulge in the world of female pleasure with Clio, a clitoris the size of a young child. Local collaborators Julia Muncs and Hannah Pearson have crafted a 30-minute tale around the big velvety puppet — and promise you will become “cliterate” along the way.
Black Theatre Workshop, June 8–10, 12–13, 16–17, $6/$5 students

Toronto screenwriter Dan Rosen plumbs the depths of over 20 years living with Crohn’s, a chronic bowel condition that can lead to severe pain, diarrhea and, one presumes, plenty of “self-defecating” fodder for a storytelling show. Game of Crohn’s is directed by born-and-raised-and-part-time Montrealer Alison Louder. Montreal Improv, June 7–9, 11, 14–16, $10/$5 under 12

I watched Al Goulem play a hockey-crazed dad on CBC when I was kid, and I’ve been a fan ever since. He’s been acting since the age of eight (“Child with cigar”) and has had his fingers in the Montreal theatre scene since forever. But now you can see him chew the scenery solo in “A Man Alone:” Al Goulem’s One-Man Show – A One-Man Show by Al Goulem. Petit Campus, June 8–10, 15–17, $10

Gregor Samsa woke up one morning to realize…the musical bug had bitten him. Syracuse-based the Shylock Project returns with a comedic musical called Kafka’s Metamorphosis: The Many-Legged Musical! I fangirled over their 2017 show, Orson Welles/Shylock. Théâtre d’Aujourd’hui, June 9, 11, 13, 15–17, $10

Spoken word wizard jem rolls is someone you have to experience live. The Brit and Fringe veteran reviews his greatest mistakes in I, IDIOT. MAI, June 8–10, 15–16, $10

The topless American who charmed us last summer is back. DK Reinemer, winner of the 2017 Spirit of the Fringe Awards, has a new comedy about a detective going undercover as a male stripper in Becoming Magic Mike: An Action Adventure Comedy.
Petit Campus, June 7, 9–10, 13, 16–17, $10

Fringe storytellers par excellence Jon Bennett (Australia) and Al Lafrance (Montreal) are teaming up to do lord-knows-what for six shows in Al Lafrance. Jon Bennett. That’s It. MainLine Theatre, June 11–13, 15–17, $10/$5 for people who like animals

Check back for our Fringe 2018 reviews later this week and next week.