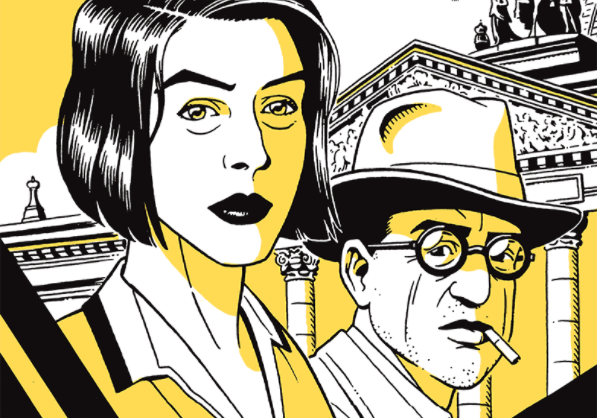 It’s Free Comic Book Day! Find out what books will be given away and which local shops will be participating here.

Montreal’s favourite “new-vinyl” store (as voted by YOU in our Best of MTL readers poll!), Aux 33 Tours is getting ready for an upcoming expansion by holding a huge warehouse sale this weekend and next, with tons of records ready to fly out the door for as low as $1 apiece. 1379 Mont-Royal E., 10 a.m.–6 p.m., continues through Sunday

The second edition of the Montreal Feminist Film Festival kicks off tonight at Never Apart with a selection of short films centred on Indigenous Feminism including Jessica MacCormack and Alexus Young’s animated documentary on police brutality Where We Were Not; Feeling Reserved, Alexus’ Story plus Maxime Faure’s doc on the 2017 edition of Montreal street art convergence Unceded Voices and more. 7049 St-Urbain, 7 p.m., $7 suggested/PWYC, festival continues through May 13

Trannavision – the #2 Best Film Screening Series according to this year’s Best of MTL readers poll – hosted by Tranna Wintour (who appears in the Top 5 in a poll categories including Hottest Montrealer and Best Comedian) presents the camp classic Mommie Dearest, an adaptation of a tell-all book written by the daughter of allegedly abusive actress Joan Crawford, who’s played by Faye Dunaway. Psychic City (secret location), doors 7:30 p.m., $5, BYOB/snacks