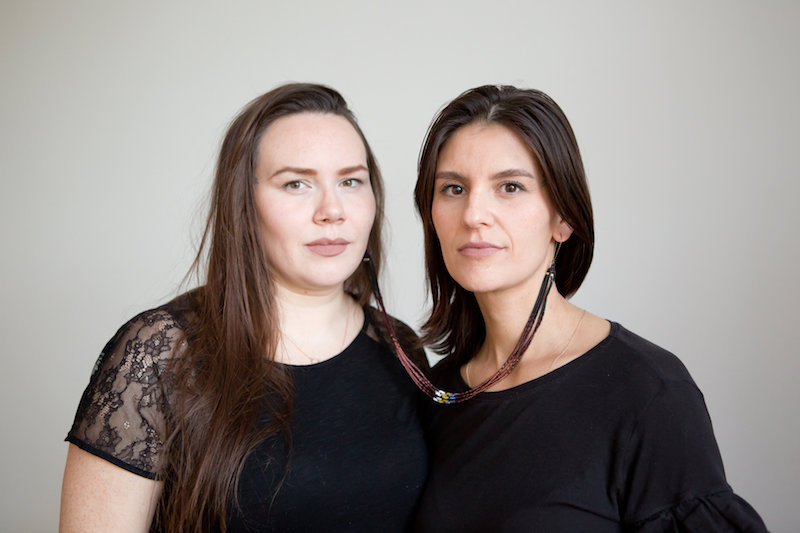 “Indigenous curation is about disrupting,” says Niki Little/ Wabiska Maengun, co-curator of the fourth Contemporary Native Art Biennial (BACA). Disrupting dominant colonial power structures and celebrating the creative connections among North American Indigenous artists are all a part of this year’s BACA, entitled níchiwamiskwém | nimidet | ma sœur | my sister. Co-curated by Edmonton-based artist Becca Taylor, who is of Cree, Scottish and Irish descent, the ambitious my sister opened at five sites throughout the province this month, including at Montreal galleries Art Mûr and la Guilde.

Friends who come off as deeply comfortable with each other, Little and Taylor have teamed up artistically and curatorially since 2013, when they worked together at a youth art centre in Winnipeg. Late last month, Little and Taylor spoke to me about their curatorial process, the connections between community and art-making and the political nature of contemporary Indigenous lives.

Molly Zapp: What did the curatorial process of this year’s BACA look like?

Niki Little: We were interested in Indigenous women, knowledge-sharing, legacy, community-driven initiatives, and cultural skill-as-practice. We started looking at relationships that are formed around ceremony, around actual lineage, through the land, chosen sisters and protest and activism. The title came from — well, I have a five-year-old daughter — and it came from this idea that when there is a little one running around, whoever is around such as an auntie or a gookum [grandmother] will always refer to whoever’s kid it is as “my girl” or “my boy.” That notion of a reciprocal claim, that we are a part of a community, and that sense of belonging transitioned to my sister, like, “I am claiming you, and you are claiming me.”

Becca Taylor: Canada is really horrible at acknowledging Indigenous women throughout history. If you look at all these historical texts, it’s like, “this Cree midwife,” “this Métis woman who worked with horses” — none of them have names. my sister is a chance to have 40 names that identify within a female or non-binary or two-spirited way. This is the conversation we’re having, and it’s relevant. Something throughout this entire exhibition is how we support each other and care for each other. 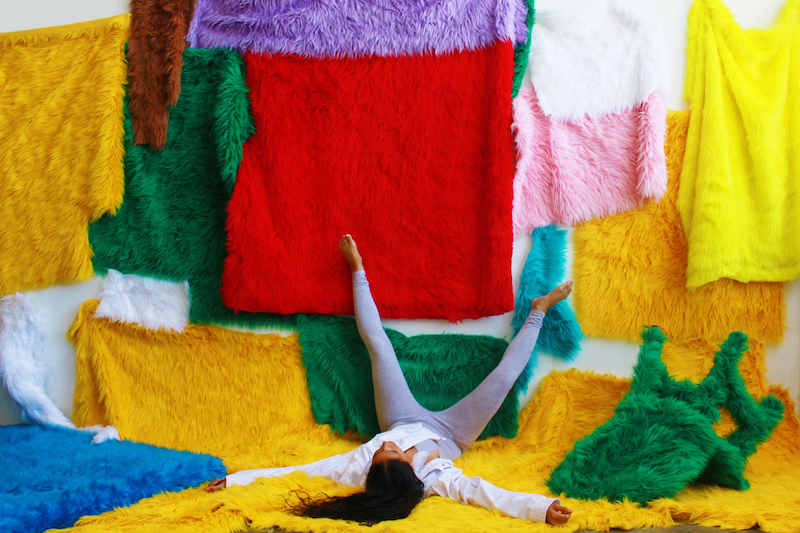 NL: It’s also counter to the narrative of victimization. It is a very real thing that we work with, about the real stats and things that are happening to Indigenous women, but we are more dimensional than being a victim.

MZ: Which works are you especially excited for people to see at my sister?

BT: At la Guilde, which is kind of a boutique-y space, the theme became about the physical body and adornment. We have Hovak Johnston, who does tattoos on Inuit women specifically. Caroline Monnet’s work — her photography of her and six or seven women dressed up — is a playful version of what we would have looked like in the period of the [European] Renaissance, because we did exist at that time.

NL: [Monnet’s work] is sort of asserting that we were royalty, that we are royalty, that we are these powerful beings. At la Guilde, [we’re putting up works] that talk about labour within the body. Catherine Blackburn has a piece called “Our Mother’s Tongue” — a pink tongue with pins in it accompanied by sound.

BT: Uzumaki Cepeda’s work, which uses fake fur and thinks about safe places for brown bodies, is one of the first spaces you go through at Art Mûr. We were trying to include emerging voices within the exhibition, along with mid-career and established artists. We’re excited to bring in some artists who haven’t shown much outside of their communities.

NL: We’re still not in spaces where we can exist outside a colonial structure. If you want to be an ally and you want to do your work, you need to give up your space and allow it to be Indigenous-led, and support it.

MZ: A lot of the writing I’ve read about First Nations and Indigenous art very quickly ascribes political aims to a lot of artwork, when inevitably, artists create works with a lot of intentions. Do you have a sense whether political attributions are over-ascribed to First Nations and Inuit artists, or if that’s inescapable, or accurate? 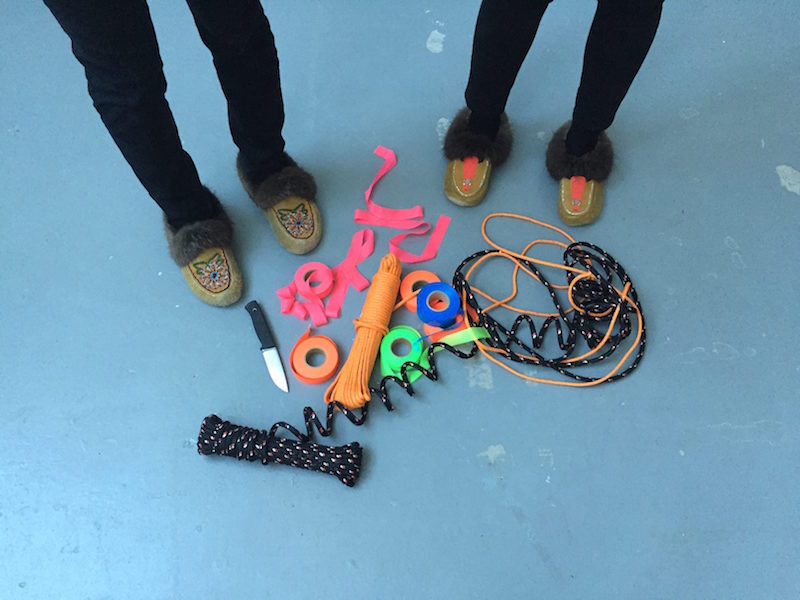 NL: For me, I think being an Indigenous person is inherently political. The failure of the erasure of us through colonialism, and through us still being here and pushing forward and being contemporary — now there are structures in place that are incorporating Indigenous epistemologies, cosmologies and methodologies that no longer need to make claim to being a traditional piece. These technologies have always been there, and now we finally have structures around them to be able to support the production of art, of work that is inherently Indigenous in a different way that is also contemporary.

BT: I agree completely. Even if you remove the art process, our day-to-day lives are just inherently political. I do think of these works as reflections of things we go through. There are so many works that I come across that become extensions of my lived experience, and I think, “The same thing happened to me,” or “The same thing happened to my father,” or “My family went through something similar.” It reflects a lot of the larger issues that Indigenous people had to face. ■

For more on BACA, look here.