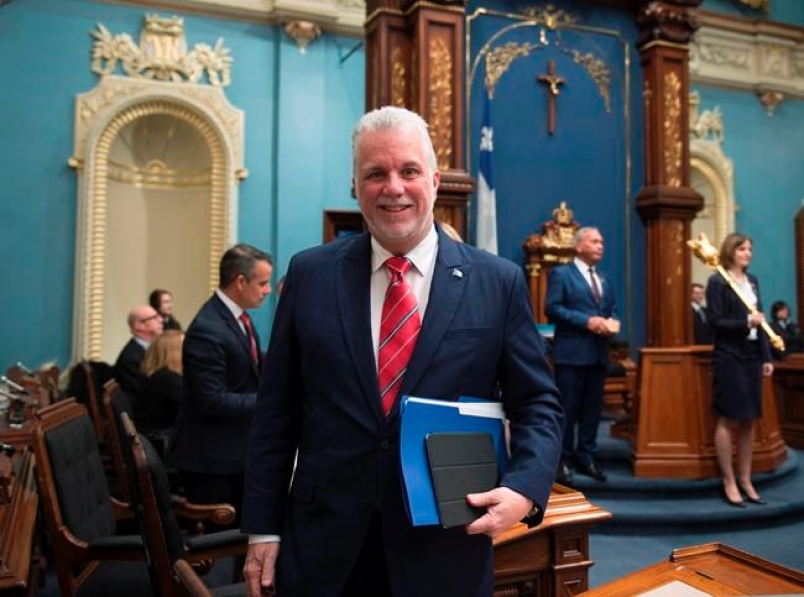 Faced with a no-brainer, the Couillard government has once more established that courage is not the only thing that Quebec Liberals lack.

Quebec is one of the last jurisdictions in Canada that still places a time limit on how long after a sexual assault that victims can sue for damages.

On Wednesday, a coalition of victims, rights groups, lawyers and all three of Quebec’s opposition parties demanded the province lift the current 30-year limit and allow civil suits for assaults regardless of how long ago they took place.

Although the current rule, adopted by the short-lived Parti Québécois government in 2013, is a vast improvement over the previous and ridiculous limit of three years, it still eliminates the possibility of civil recourse for thousands of victims whose cases go back to some of the darkest eras in our history.

It doesn’t require much imagination to understand who the 30-year rule is designed to protect. When it comes to institutional responsibility for sexual abuse, religious orders have played a large an ignominious role in horrendous cases involving thousands of children over decades. And since the government, too, could potentially be named in suits seeking financial compensation for the crippling consequences of abuse, the Liberals seem to have resigned themselves to an awkward devil’s pact that creates an unjustifiable and arbitrary line in the legal sand.

Even the PQ, which drew the 30-year line just five years ago, has seen the injustice of a restriction that creates two classes of victim: those with rights and those who are shit-out-of-luck because they were raped on the wrong side of the calendar.

Saying that eliminating the limit will help re-establish a climate of trust in the judicial system, PQ justice critic Véronique Hivon yesterday joined representatives of Québec solidaire and Coalition Avenir Québec to demand the government act to amend the law before the National Assembly dissolves in June, prior to new elections slated for this fall.

The Quebec bar association is also on board with the call for action, as is the province’s ombudsman’s office, which in December asked the government to scrap the time limits for cases involving sexual assault,  violence against children and conjugal violence.

A spokesperson for Quebec Justice Minister Stéphanie Vallée told the Montreal Gazette that the government sees no need to change the rules, saying opponents were creating “confusion” about the restrictions. Among other things, the spokesperson pointed out, the limit doesn’t require the clock starts ticking from when the abuse takes place, but from the moment that the victim realizes that the abuse has caused them harm.

So the government seems to think this is a good thing.

Ironically, however, the rule forces victims to testify in court about how and when they realized that their childhood rape may have been a contributing factor in developing drug or alcohol dependency, mental illness, depression, etc. By forcing victims to prove when they became aware of the link, the rule in essence forces victims to relive their experiences under cross-examination from lawyers whose only concern is to limit their clients’ liabilities. Once more, the victim becomes the accused even in cases where the crime is acknowledged, but the victim’s healing trajectory is called into question.

And the stakes are high. With individual damages potentially representing $100,000 to $150,000 per victim, and with olders victims dropping out because of suicide, serious illness or dementia, the delays are just another way of limiting the financial impact on these institutions.

The time limit serves only to protect organizations that aided, abetted or tolerated the abuse of generations of helpless children entrusted to their care, often by the very state that is today standing in the way of providing justice for all, not merely justice for those whose recovery respects an arbitrary deadline.

If the Quebec Liberals haven’t got a brain and can’t find their courage, our last hope is that the broad chorus of voices calling for change allows them to discover that, after all, perhaps they still have a heart. ■