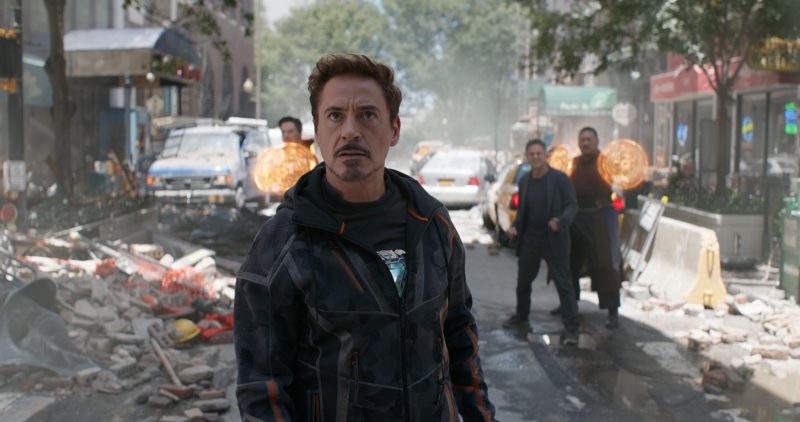 I have to admit that the first thought that crossed my mind watching Avengers: Infinity War was not, “Wow, so cool that my favourite heroes are finally together” or “I wonder how Tony Stark and the crew are gonna get out of this pickle!” – it was “I wonder how this would play to someone who’s never seen a single one of these.”

I grew up a garden-variety dork, like most men who write words on the Internet, but comic books were not a very active part of my dorkdom. Almost everything I know about superheroes I’ve gleaned from the movies that have been made since 2008’s Iron Man – movies that I first saw out of interest but am increasingly seeing out of a certain sense of obligation and professional duty. I don’t even dislike these films, but I know that were it not part of my job, I would probably not be in a hurry to see them.

But what I really wonder is how Avengers: Infinity War, the biggest and most unwieldy wagon on the never-ending MCU train, would play to someone like my mom, who routinely “brags” that the last movie she’s seen is 1994’s Richie Rich. (Considering that she says it whenever she sees a movie that topples it from its roost, take that particular proclamation with a grain of salt.) This is about as mainstream and audience-pleasing as a film can get in 2018, but even to someone who has seen all of the previous films and can keep their head above water with regards to the rapidly multiplying plot strands, Infinity War is, at best, pretty messy. This has no bearing on the quality of the film, really, but it does make me wonder what the end game could possibly be. What do you get the film series that already has everything, everyone and the capacity to create whatever the hell they want?

Thanos (Josh Brolin) is an otherworldly being obsessed with one thing: obtaining the six Infinity Stones and bringing balance back to the universe by wiping out half of it. Thanos preaches “balanced genocide,” so convinced that the surge of living people in the universe will ultimately lead it to its own destruction. Two of the stones are held by familiar faces: Doctor Steven Strange (Benedict Cumberbatch) has one in an amulet around his neck and Avenger robot buddy Vision (Paul Bettany) has one implanted in his forehead that gives him his powers. That would be enough to pique the interest of the Avengers (I’m not sure I really need to list them all here, traditional film-reviewing customs be damned) if it wasn’t also for the fact that Thor is floating up in space meeting up with the Guardians of the Galaxy, that old conflicts are going to need to be resolved and that all your favourite heroes are going to be paired off in fun new combos as they whizz around each other and shoot coloured light out of their hands.

Truth be told, the first and most basic level on which Avengers: Infinity War is impressive is from a purely logistical point-of-view. There are so many goddamned balls to juggle here that it’s a wonder the film even holds together at all, even if it often spends so much time away from some characters that you forget they’re up there, orbiting in space and fighting one of Thanos’s noseless, Harry Potter-villain-lookin’ henchmen. On the other hand, Infinity War has little to no space for character moments as practically all of its runtime is spent sending its 20+ lead characters (!) from point A to point B. The saving grace of even the most mediocre Marvel movies has often been the easy rapport between the characters, most of which is tacked on to the end of exposition-and-explosion scenes in this iteration, leading to some pretty sharp tonal twists between various factions of Avengers.

Thanos proves to be one of the better bad guys that the MCU has put forth (not a super high bar to clear, admittedly); if not quite as conflicted as Killmonger, he’s a more three-dimensional villain than you’d expect from his purple-skinned CGI allure. It helps that Brolin’s performance actually shines through the CGI creation, something that doesn’t necessarily apply to the other fully CGI characters in the world.

If it sometimes feels like superhero films have a dearth of stakes, Infinity War errs on the side of caution and spikes the whole film with a near-saturation of stakes. It’s inevitable that a film that essentially exists for the promise of the majority of the characters from 18 (!) enormous blockbusters would want to ratchet it up a few notches – consequently, there are swaths of Infinity War that feel like they were built through a spirited match of exquisite cadaver. The first two-thirds of the film are just about what one would expect from previous experiences: tedious foundation building, expertly delivered. It’s never boring but it never feels like it’s doing anything other than setting us up for the last third, which thankfully delivers on its outsized promise.

Ultimately, it’s the last act of Avengers: Infinity War that really sets it apart from being just another link in the sausage. It contains not only the much-ballyhooed “biggest” action scene in the MCU (in Wakanda, no less; billions of cement-replicating pixels were spared!) but also a glimpse of what these films could have in store if they weren’t so fixated on the bottom line and the next 24 quarterly reports. Infinity War elicited a couple of “holy shit”s from me in the last half hour, which is not something that happens too often watching a Marvel movie. I wish I could believe that this is a permanent advancement, but they haven’t quite shaken the fatigue just yet. ■