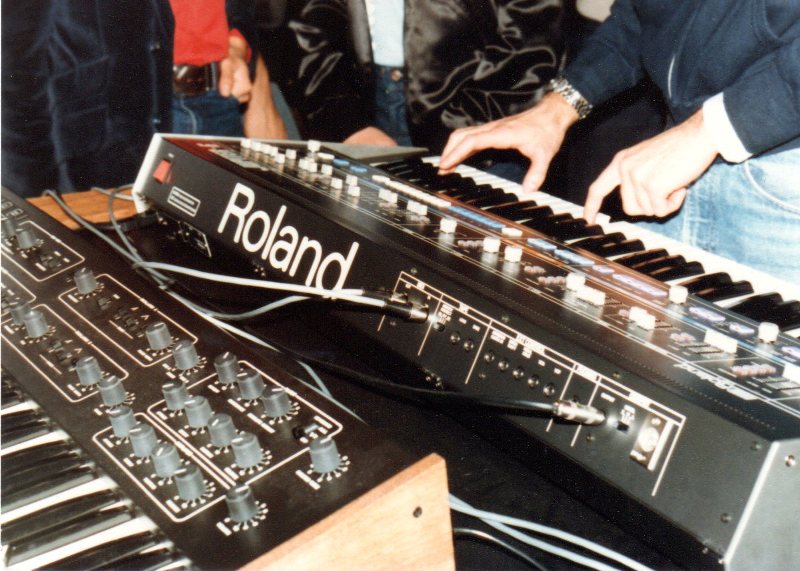 Back in the early 1980’s, a bunch of dreamers in the music instrument industry agreed upon a uniform way for connecting electronic music instruments together. Since then, MIDI (Musical Instrument Digital Interface) has not only remained the industry standard, but it also unintentionally shaped the way music sounds today.

In his new book Mad Skills, Montreal author and music journalist Ryan Diduck put together a history of how MIDI was created and how it ultimately revolutionized the industry. It’s a story born out of technological utopian ideals filled with unintentional consequences and human frailties.

“The structure of electronic music changed after MIDI was released because you could have instruments acting in lockstep,” explains Diduck, who wrote the book in Montreal last summer. “Let’s say you had a drum machine and wanted another drum machine to play along with it; you used to have to set the tempo at around the same place and press start at exactly the right time. But MIDI added a clock, and everything was synced to that clock — one device that controls everything. It created a culture in a way. It’s the main standard, and in the history of digital electronics, for there to be a standard that lasts 35 years is unheard of.” 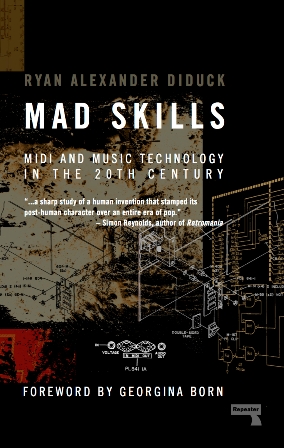 Although MIDI allows for multiple instruments to work on the same grid and made rap beats, for instance, way easier to create, the wealthy and ambitious players behind MIDI weren’t nearly as synchronized.

“They were in competition but they were also cool with each other. They’re music lovers and hippies. There was no meeting where they decided things, but there was a vague idea about working together and they looked at who was working on it already. They expanded it to include everyone who wanted to be involved, and they got enough people on board to turn the tide. Once Roland and Yamaha signed on, everyone else had to sign on or die.”

Diduck had the opportunity to travel to Southern California for research.

“I thought the history of MIDI was a perfect neat little topic that’s self-contained,” he says. “Once I started researching and digging up more info, the people who were involved in the musical instrument industry are generally cool people and really excited about what they’re doing, so I didn’t have a shortage of information. People just came to me with stuff. There’s a lot of generosity.”

One thing Diduck wanted to do in the book was de-centre the MIDI as the source of the agency and re-assign it to the people who made it.

“I think when things go well, people tend to ascribe magical properties to technology, and when things go wrong, they’re too quick to point the finger. It’s a Frankenstein’s monster-type thing,” he says.

What it did change was it made music-making more accessible to the masses. Hip hop and electronic music came before the creation of MIDI, but would they have taken off the same way?

“It had a hand in what we’d call perfecting music. When you listen to hip hop and the way loops are formed and are exact, it’s not that MIDI made it possible, but it made it a lot easier. That’s the default now. It’s hard to even make electronic music that isn’t locked to a grid,” he says.

“A lot of the people who designed this technology didn’t know how it was going to be used. They didn’t know J Dilla was going to use an E-Mu sampler — it was a genuine surprise to them when he did. Imagine how gratifying it must’ve been being the creator of a synthesizer and hearing it on the radio?”

Although the book came out of a PhD dissertation, Diduck wanted to avoid the normal trajectory of publishing Mad Skills for a predominantly academic audience.

“I wanted it to be accessible, not couched in academic speak,” he says. “So even someone with a casual interest in music and technology would find it enjoyable to read.” ■

Mad Skills: MIDI and Music Technology in the 20th Century is available now on Repeater Books.