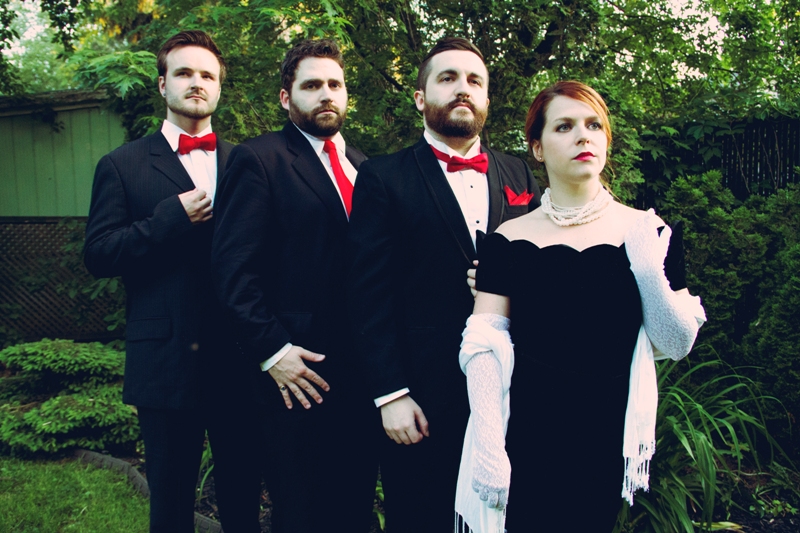 The last show I took in at Divan Orange before the venerable venue closed its doors was a Serié Last-Call night featuring Paul Cargnello, Lakes of Canada, and the Steady Swagger.

Before their set, I spent a few minutes with Lakes of Canada members Jake Smith and Conor O’Neil chatting about the band’s energetic campaign to top a certain Best of MTL readers poll category.

Dave Jaffer: Did you always want to be mentioned in the Best of MTL when you were coming up?

Jake Smith: Oh for sure. Especially as a young musician, you’d see all of your favourite bands in there, and you’d be like, “Oh, they’ve made it!” Little did I know. It seemed like a good press thing and it seemed like a lot of my favourite groups were in there, so yeah, for sure.

DJ: You have, in recent days and weeks, been very vocal on various social media platforms about wanting to win a very specific category in the Best of MTL this year.

DJ: Why do you want to win Most Pretentious Band?

Conor O’Neil: Because it’s a really unique “award.” It’s not “best.” All of the musical categories are “best” this and “worst” that and this one is not. It’s “most pretentious.” It’s not “most original.” It’s not “best cover art.”

CO: I mean, we are kind of pretentious.

DJ: I don’t think people voting for anybody other than big bands has anything other than humorous motivations for these things — but there are people who judge bands based on things like this. Why do you think the people who are serious about voting for you in this category think you might be the most pretentious band in the city?

JS: I think people often think you’re pretentious when you take yourself really seriously, which we very much do. I had a sound guy recently be like, “Whoa, you guys are really pro.” And I was like, “Are you just saying that because we actually show up to soundcheck on time?” And he was like, “I mean, yeah, basically.” Which is, unfortunately, a really fucking low bar. But we do take ourselves very seriously. We write sheet music out for all of our tunes. We rehearse the shit out of songs before we ever play them live. We’ve been workshopping this new record that we’re not recording until May for what, the better part of this year?

JS: And we haven’t even been playing a lot of shows, just because we’ve been working on that all the time. So yeah, I think we take ourselves pretty seriously and that’s probably where [the reputation] comes from. But then when it happened the first time, we looked at all the other bands on the list that year, and it was Godspeed [You! Black Emperor], Arcade Fire, Suuns, Half Moon Run, and us. And I remember, initially, I talked to my friend Max, who’s in Suuns, and I said, “This is weird,” and he said, “Are you kidding me? All the bands on that list are awesome and are doing well. That’s a good list to be on.”

CO: It’s not genre-specific. So it’s, like, one of the only things where you’re up against a bunch of other people who might be doing the same art as you but not at all the same craft.

JS: It kind of turned into this running gag, and now every year we campaign for it. ■

The Best of MTL poll is open until April 15.