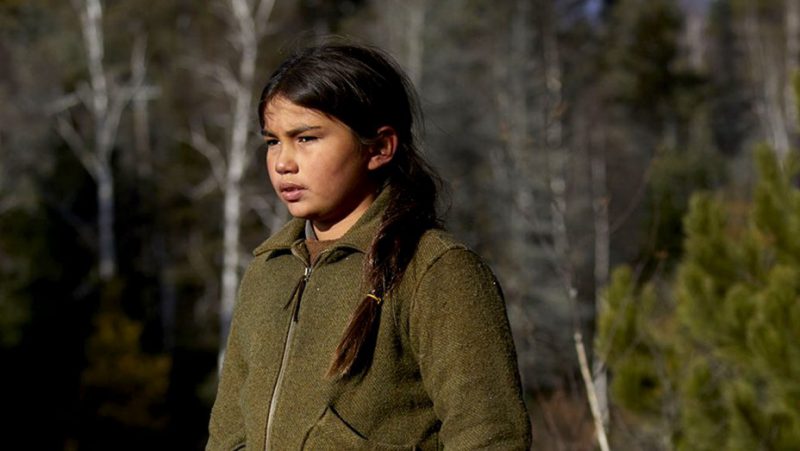 Montreal native Stephen S. Campanelli built quite the career for himself as a camera operator in Hollywood. He’s been Clint Eastwood’s main guy since the mid-’90s and worked with Terrence Malick, Oliver Stone, Martin McDonagh, John Frankenheimer and Jean-Marc Vallée. After 22 years in the States, NDG-born Campanelli returns to Canada with his second directorial effort, an adaptation of Richard Wagamese’s novel Indian Horse. (Wagamese died last year, shortly after the movie was shot.)

Saul Indian Horse (played at various parts of his life by Sladen Peltier, Forrest Goodluck and Ajuawak Kapashesit) is left in the care of his grandmother by his troubled parents as a small child, but living in the bush proves to be too much for the elderly woman. When she dies, he’s sent to live in a residential school where priests and nuns slowly but surely strip away his Ojibway identity in an attempt to make him and his fellow students (though, as Saul points out, the school has no grades or exams) more “civilized.” Saul eventually finds salvation in hockey, a hobby encouraged by the relatively progressive Father Gaston (Michiel Huisman). Saul eventually becomes good enough at hockey to make a career of it, but the white world still refuses to see him as anything but a savage.

Indian Horse is very direct in its goals: to tell the unvarnished truth about the trauma and torture that the Canadian government and the church put First Nations people through for decades upon decades with the residential school system. In these charged political times, though, it’s hard not to notice that Campanelli himself is not First Nations.

“It was right at the beginning that we knew we might get some flak for not being Indigenous,” says Campanelli. “I’m not Indigenous and only one of our producers is, but other than that we realized we were gonna be under the gun. We had a little bit of flak, but 95 per cent of the response has been very positive. I’m really amazed at that, because I’ve shown the film to Indigenous people around the country and most of them get up and cheer at the end. It’s very emotional, but they’ve said that I really stayed true to the story.

“But really, I give all the credit to Richard Wagamese’s book. It affected me so much as a human being that when I met with Richard and the screenwriter, I said, ‘This is not my story – this is your story, and I’m gonna tell your story.’ I’m not imparting my settler ways, this is your story and I want more of your story in this screenplay. I told Dennis (Foon), the screenwriter, that I wanted even more of Richard’s story in the script and use it as my blueprint. I had the book on-set every day as I was directing. You screw up one plan and the whole building is going to fall down. Richard was my architect, he made the words come to life.”

One of the difficult things about adapting the book is how much time elapses within it. It basically tells a person’s entire life, which obviously requires many actors to portray Saul at different ages. What’s unusual about Campanelli’s adaptation is how much weight each actor carries and how seamless the performance proves to be.

“All that came from Richard’s book,” says Campanelli. “But the way the script was weighted, the third Saul had a really big role. We had to make some changes in the script to make it more even, because it’s a very pivotal part of the movie, that transition between the ages. The script had maybe 20 pages of the middle Saul, so we had to pull more from the book to extend it. Each character carries their own weight. Once you see the movie, you know why the two adult Sauls carry so much with them, why they’re so withdrawn. (…) The two older guys came and saw Sladen do his role. It was great that they did that because they could watch the nuances of his performance and carry it through. The two adult actors talked a lot – they became very good friends over the course of the film.”

Campanelli has spent the last 22 years living in the States and working on American productions, yet there’s not much that’s more inherently Canadian than the two themes (colonialism and hockey) that run through Indian Horse.

“The one thing I said to the producers when I got the job was that I was going to give them a really great, American-looking Canadian movie,” he says. “Canadian movies have this stigma of never looking as polished – I told them I wanted to make it really good while also telling this really great, really tragic story through my American influence. But I moved back to Vancouver this past January because I knew I’d be here this whole year promoting the movie. I wanted to be back in my country! But it’s true that it did make me reconnect with my Canadian roots, even though it’s a horrible part of our history. I didn’t do it for that, obviously. But I figured that if I was telling a story about Canada, I should walk the walk – and I did! Not one regret. I love being here. I’m from Montreal, my whole family is here.”

In that sense, Campanelli hopes that Indian Horse will work as a sort of signal boost that leads to more stories of its type being told.

“I would love to tell more Canadian stories. That’s why I really hope that Indian Horse is a hit, because it would do amazing things for Canadian cinema and it would do amazing things for Indigenous stories. If people see that Indian Horse makes so much money, they’ll want to make more movies telling Indigenous stories. That’s what I’m hoping.” ■