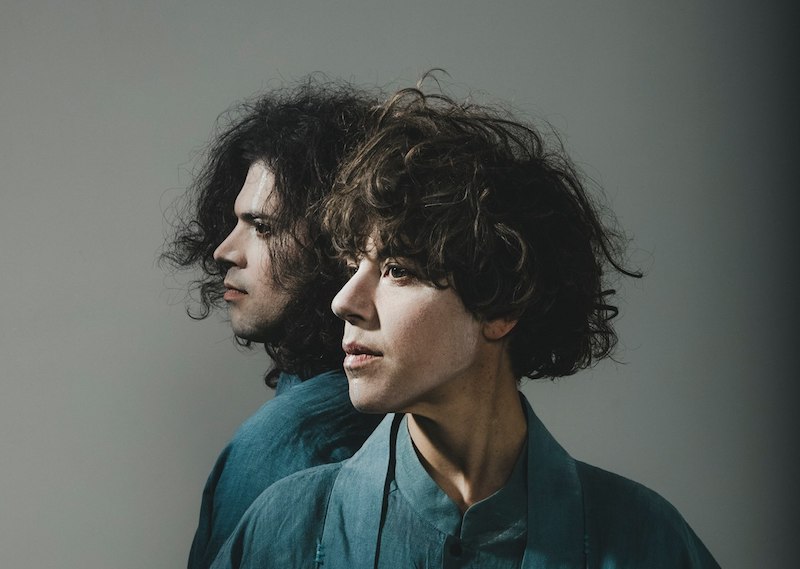 Could there be a worse way for Merrill Garbus to contend with her white privilege than fielding questions about it on social media?

Precarious as that prospect may be, the New England-born (and once Montreal-based) indie pop musician — best known for penning socially conscious songs alongside bassist Nate Brenner as Tune-Yards — had a surprisingly fruitful, fairly troll-free “ask me anything” (AMA) session on Reddit on the heels of the recently released, boldly political Tune-Yards LP I Can Feel You Creep Into My Private Life.

“It’s always great to understand what people are reacting to in the music,” Garbus says. And while the recent AMA went well, that didn’t mean Garbus escaped entirely unscathed. She recalls a bit of good-natured though blunt ribbing from “a native woman who wrote about her community finding the music hilarious and kind of shocking, in that this white woman — me — was calling herself out, saying ‘Don’t trust me,’ and so on. It’s really amazing to know all the places music goes.”

That Reddit user was referring to the lyrics on I Can Feel You… highlight “Now as Then,” wherein Garbus confronts her white guilt by singing from the perspective of an especially out of touch elite (the sparse piano and glitchy synth-backed track kicks off with lyrics like “I am exceptional, I am the exception… That’s for me. That’s also for me”). Most music critics, meanwhile, have lauded Garbus for such unflinching introspection. I Can Feel You… lead single “Coast to Coast,” a downcast, grooving dirge, was praised by Pitchfork because it finds Garbus impugning “liberals (herself among them) who waited until it was too late to speak out against injustice.”

“I feel a lot of frustration and self-examination about what ‘liberal’ even means, and how thinking we’re on the right side blinds us to our complicity,” Garbus says of her self-deprecating stance. “During and after the 2016 election here, there was so much blame, and that felt so disgusting and myopic to me.”

Those feelings didn’t begin with Donald Trump’s surprise victory at the ballot box, though. Instead, Garbus can trace the muses for many I Can Feel You… tracks back to the year 2000. At the time she was studying in Kenya and had just begun to “deepen my understanding of what it means to be white around the world. I’m really grateful that there are people working to create more language around this stuff that wasn’t available 20 years ago: white privilege, white fragility, white centrality, terms that allow me to see the general tendencies I’m bound to have if I grow up white in this society.”

So yes, such inspirations keep I Can Feel You… from being a light and fluffy pop record, by any stretch. That being said, critics have praised the LP’s pulse-pounding rhythms and layered arrangements. A review in The Skinny, for instance, reads: “Despite the seriousness of the lyrics… [it] manages to remain an uplifting album.”

But Garbus says none of that should come as a surprising contraction, jokingly pointing out, “If people don’t find it enjoyable, our career will be short-lived!” Instead, Garbus says she always yearns for “amazing music that speaks to what I’m thinking about every day. So that’s what Nate and I tried to create.” ■