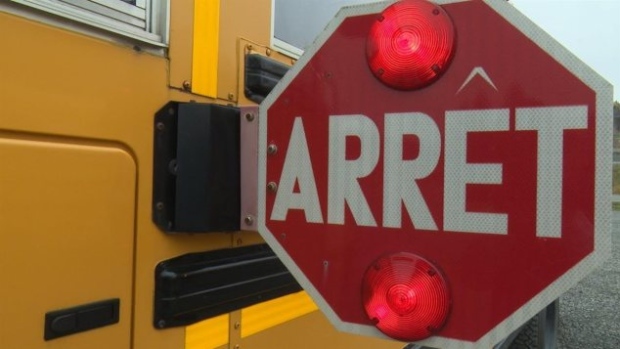 A group of concerned citizens in one of Montreal’s residential boroughs has banded together to organize a candlelight vigil in support of a local woman recovering from idling behind a school bus for a full three minutes last week.

Louise, 52, was on her way to the grocery store early Thursday morning when she was forced to pop her 2013 MINI Cooper into neutral while a big yellow bus blocked her path in order to pick up several schoolchildren. According to witnesses, her attempts to escape the situation by repeatedly inching forward in first gear were thwarted by aggressive flashing stop signs on either side of the bus.

“I honestly can’t fathom what it must have been like for her,” said Jeannie, 48, president of Louise’s book club and spearhead of this week’s vigil in her honour. “Imagine leaving the house thinking you’ll be first in line at the artisanal cheese shop and moments later realizing you’re never going to make it out of that particular left-turn cycle,” she exclaimed, shaking her head. “I genuinely can’t think of anything worse.”

News reports are describing a scene of utter devastation as a helpless Louise threw her hands in the air, shouting “Crisse de câlisse de sacrament de tabarnak d’osti de ciboire!” as the bus driver waited for a slow-moving child to board.

Residents who observed in horror as Louise was nearly inconvenienced to death say this isn’t an isolated incident.

“I’ve been watching this happen for years,” said Jacques, 65, a man-about-town who enjoys frequent walks through the picturesque neighbourhood. “I often see traffic backed up down an entire street, which, to my knowledge, has never happened anywhere else in Montreal for any other reason in the history of time,” he continued. “We absolutely have a school bus problem.”

Another Outremont man described his own brush with tardiness last year.

“I was heading to a friend’s place last summer when a school bus stopped a couple blocks ahead of me,” he said. “And then — you’ll never believe this — another school bus pulled onto the same street and it also stopped. In the summer,” he went on, exasperated. “Myself and the other motorists really felt ganged up on. It’s as if they’re persecuting us just because we drive cars,” he added. “Nobody has any idea what that feels like.”

Jeannie explained that she and other community members hope to raise awareness as well as pay tribute to Louise this week as she strives to find some semblance of normalcy following her trauma.

“We want the public to understand that school buses don’t just affect residential areas,” she remarked. “The prevalence of field trips means the risk of wasting endless minutes of your life outside places like theatres and museums is very real,” she said. “We believe that everyone should be able to leave their home with absolutely no time to spare and expect to arrive at their destination exactly when they want to, no matter where they’ve chosen to live.”

Jeannie says her group has been overwhelmed by the response to their campaign and believes much of the success can be attributed to the bright protest symbols they’ve been sporting.

“We chose pointy white hoods as an emblem of our support for Louise because white is the colour of peace and the point is that we want peace in our neighbourhood,” explained Jeannie. “People are visibly moved when they see us walking down the street, which is exactly the result we were hoping for,” she explained. “At the end of the day, we want this to be a lesson in history nobody will forget.” ■