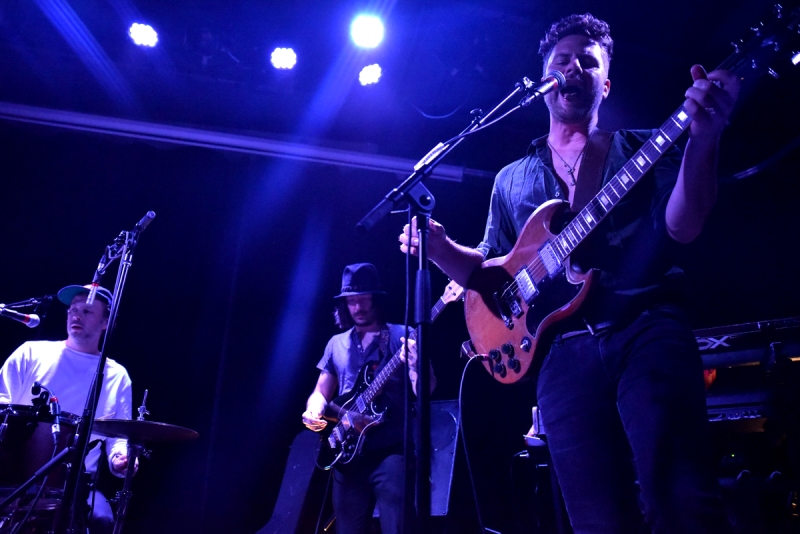 Plants and Animals at le Ministère. Photos by Cindy Lopez

Last night at le Ministère on the Main, local indie rock trio Plants and Animals celebrated the 10th anniversary of Parc Avenue, possibly the most Montreal album of Montreal’s halcyon indie days. It was a reminder of the passage of time, and confirming that the mid-to-late 2000s was a stellar period for music around these parts.

Even frontman Warren Spicer acknowledged playing a 10-year-old album front-to-back and revisiting a few long-forgotten songs was a little strange, but if you’re going to get nostalgic about an album from THAT golden era of the local music scene, then Parc Avenue’s the one. (Miracle Fortress’s Five Roses might be the other quintessential scene record that could work in the same live format.) 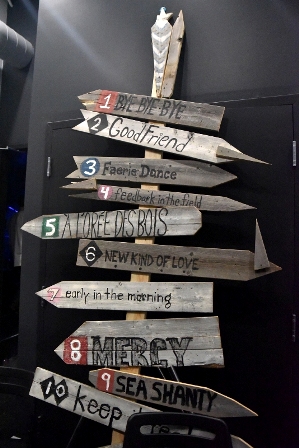 As the group – boosted to a six-piece – demonstrated last night, Parc Avenue is a solid album from start to finish. They added rocking instrumental passages and Spicer held notes a little longer than usual at times, and it gave their folksy, breathable debut album even more space to grow. The Sala-sized room, which one hopes to see used more given the sorry state of St-Laurent venues, made everything sound so crisp one would think they could’ve recorded the night for a future live album. It was an intimate experience in a room full of familiar faces and as enriching an experience in revisiting the past as it was a little unusual given 10 years isn’t exactly a lifetime ago.

While the album starts memorably with “Bye Bye Bye” and the quotable “Good Friend,” an ideal one-two live-set punch, one needed a show like this to be reminded of how strong the back end is, too, especially “Early in the Morning” and “Mercy,” which kind of follow the Funeral and Apologies to the Queen Mary pattern of gradually building into something epic. Your memories of Parc Avenue might be of the cheery cover and the more whimsical musical passages; seeing the whole thing live reinforced just how varied it actually is.

Spicer, Nic Basque and Matthew Woodley have four albums under their belts, and while they’re all worth a spin, it’s true there’s something unique about a debut album. Call it the element of surprise. Plants and Animals entered the scene with an unforgettable record, and last night seeing it played in its entirety by a band refined by years of touring felt like the best of both worlds. The charms of Parc Avenue remain, while the band sounds primed to go another 10 years. Here’s hoping they do. ■