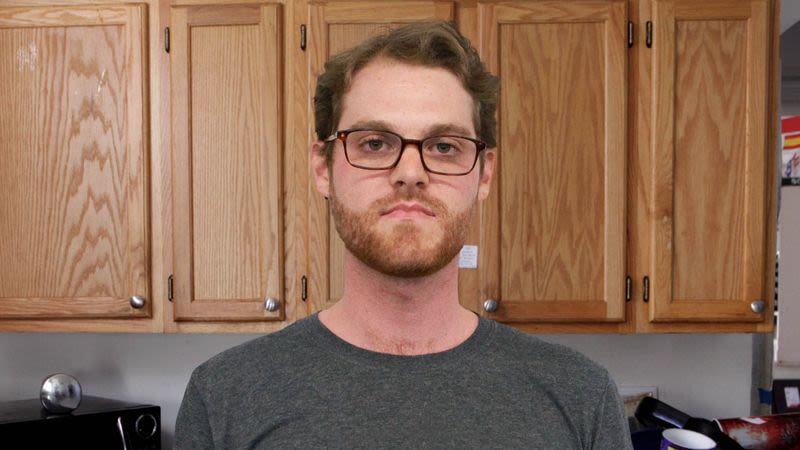 A Montreal man is denouncing Prime Minister Justin Trudeau’s directive for Service Canada employees to address customers by their chosen pronouns, calling the move “a libcuck snowflake nightmare” and encouraging the Canadian government to “kiss my vertical bacon sandwich.”

Jeff, 35, father to Prince Everhard of the Netherlands (his penis), believes the Liberals’ action to accommodate individuals who identify outside the traditional gender binary makes a mockery of Canadian society.

“This government was bad enough before they started letting lunatics dictate what we can and can’t call each other,” said Jeff, whose girlfriend Anne has reluctantly addressed his genitalia as Herman Von Longschlongenstein in a German accent for the duration of their two-year relationship. “If we don’t draw the line somewhere, we risk losing our dignity not only as Canadians, but as people.”

Jeff, known as Rumpleforeskin to his 31 Twitter followers, explained that the the policy, meant to promote a more inclusive environment for all citizens as well as reflect the realities of modern Canadian families, is really just a sign of how sensitive people have become.

“Everyone is offended by everything nowadays,” he remarked. “This generation is a bunch of triggered crybabies, plain and simple,” added Jeff, who spent a year in counselling after his high school football teammates nicknamed his dick Pamela. “Anyone who isn’t man enough to call me Mister is a total beta,” he exclaimed suddenly, spit droplets spraying out of his mouth. “So triggered.”

With the loss of common honorifics such as Mr. and Mrs., the Canadian population will eventually be lumped into an unidentifiable mass, warns Jeff “Girth Vader” McKinnon.

“If people keep clinging to these ‘gender-neutral’ words, pretty soon there’ll be no way to tell any of us apart,” said Jeff, clasping his hands behind his head to reveal the words “Clam Hammer” tattooed on his pubis in Edwardian script. “Do we really want to see identity politics go to that extreme?”

Perhaps the most worrisome detail of all is the suggestion that government employees avoid defaulting to the terms “mother” and “father,” instead opting for the more widely applicable “parent”, says Jeff. He says to do so is to start down a slippery slope, which is Jeff’s third favourite name for his penis.

“Are we really going to insult mothers and fathers by reducing them to one generic word?” wondered Jeff, who imagines every penis aside from his own to be a blurry, hand-drawn stick figure line. “Good luck with that, Marxists.”

At the end of the day, the problem isn’t with the Canadian government, but with society in general, Jeff claimed.

“The pendulum has swung too far one way,” said Jeff, adjusting his penis. “Also, people are becoming too liberal.” ■