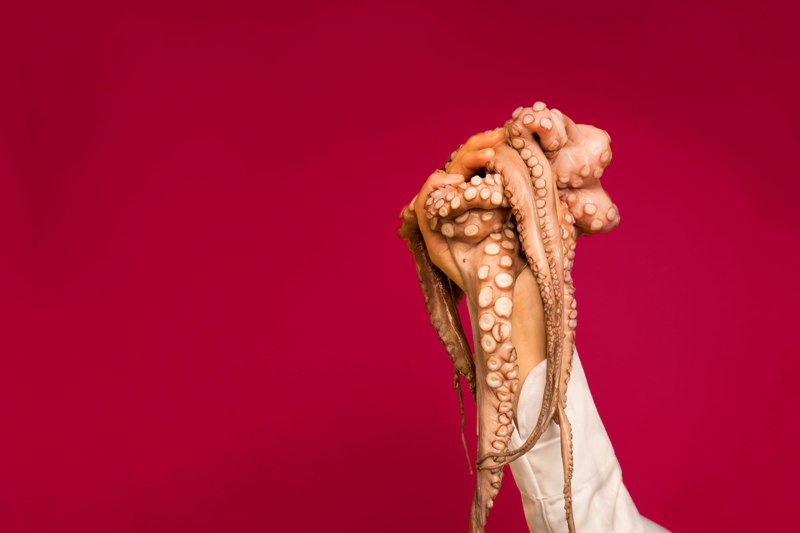 Chefs from across North America have been called out on allegations of abuse and sexual harassment against women. To further the conversation, members of the media, cuisine awards organizations, food writers and educators have begun to question their representation and inclusion of women, if any.

In terms of recent responses, collectives like les Femmes Chef de Montréal have been carving out space for themselves. It’s high time for an event like Women With Knives, coming to the Phi Centre next week: a panel conversation with luminaries of culinary culture and academia coupled with cooking demonstrations, turning a spotlight on women in kitchens.

In anticipation of the event, I got in touch with Women With Knives panelist Dr. Deborah Harris, an associate professor of sociology at Texas State University and co-author of the book Taking the Heat: Women Chefs and Gender Inequality in the Professional Kitchen.

JP Karwacki: What brought you to the socio-cultural study of women in the restaurant industry?

Deborah Harris: I’m a sociologist by training, and I’ve always had an interest in inequality, particularly with gender. One of the major ways we see that playing out is in work. At the same time, when the food industry was gaining a lot of interest and media, it got me thinking about women in the culinary industry. It’s such a male-dominated line of work. In the research on male-dominated jobs, they say things like it’s natural for men to be soldiers or to do these very physically demanding jobs, and that’s the reason we see women are kept out of them. It uses some sort of skill or physicality that women don’t have.

But when you look at jobs based on cooking, this is a job that women  have been doing for centuries in the home. It shows how these labels of what a masculine or feminine job is are more socially created than we tend to give it credit for.

JP: Taking the Heat begins by asking why women, the gender most commonly associated with food and cooking, are “so far behind men in professional kitchens.” Why has the exclusion of women been so essential to establishing a male chef’s legitimacy?

DH: When something is done in the home for no pay, for no status, people who do that same job professionally have to separate that job and see that work as different from everyday unpaid labour by women. To cement the very occupation of chefs, there had to be very strong delineations between home cooking — everyday women doing it out of love — versus the artistic, more learned cooking of men in haute cuisine. There’s been a lot of work to draw a line between those areas.

Because women’s work is so often devalued, we talk about the idea of feminization threats: If men are seen doing the same job as women, their status and prestige in that job threatens to be diminished.

JP: You put in an incredible amount of effort to analyze more than 2,000 articles and restaurants for the book. What did you find in that process?

DH: You know, we started thinking about and working on this in 2008, and in the years following there’s been so much talk about chefs getting press agents and publicists. The media has so much impact on chefs and restaurants today that we wanted to do something that recognizes that.

We wanted to get into the idea of representation and how the media talks about men and women chefs has a lot to do with how they’re seen in the industry. At the time we decided to stick with traditional food reviews and chef profiles (in newspapers and magazines) and divided it up by gender — what are men and women chefs being praised for? When they get accolades, what is it based on and what is the rhetoric and discourse about their relationship to food, how they run a business, that sort of thing. From there, we looked at common themes.

We found significant differences. Men were lauded for having “completely changed” or “challenged” a culinary paradigm, that they wanted to build empires, be iconoclastic and push boundaries. Women, on the other hand, were known for upholding boundaries, like “this is classic Italian” or “just like your grandmother would make,” and that’s when women would earn praise.

At the end of the day, when you think about it, what would be attractive to diners or attract investors? What’s the sexy way of cooking — pushing boundaries, right? This hot, dynamic male chef who’s challenging things versus the same old.

JP: For any male chefs and restaurateurs reading this, what kinds of structural changes would you propose in the food industry?

DH: Lead by example. We would hear from men and women who would say things like, “I would hire women, they just don’t apply,” and on one hand it could be a chef shortage, but I also think they should look at their behaviour. Women aren’t going to work at a place that they see as unwelcoming. There’s that whisper network of reputation. You can throw your hands up and say you’d hire them if they applied, but think about what kind of work environment you’re creating and whether or not it’s welcoming.

For as much of a reputation kitchens can have for being a rough and rowdy place, there’s plenty of men who, being honest with themselves, would prefer a more professional environment where they feel they’re respected. ■