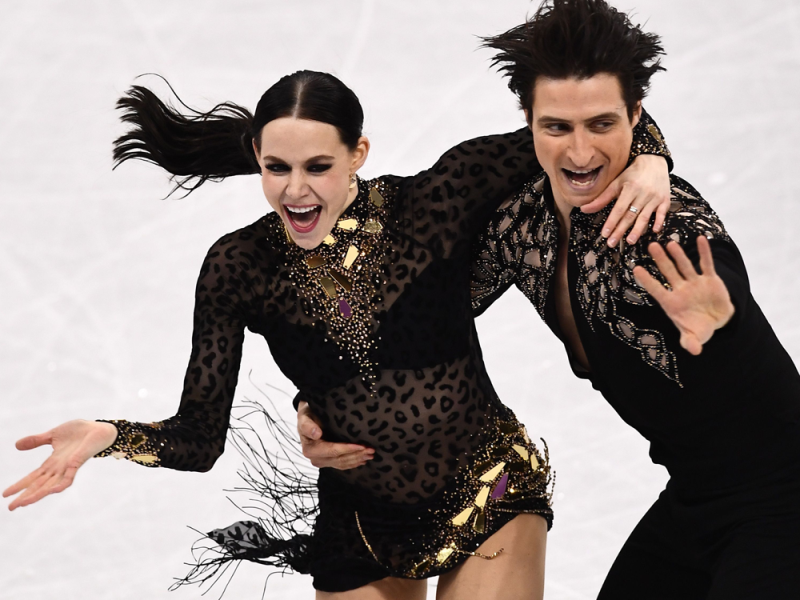 Just hours after the Winter Olympics closing ceremony in PyeongChang, South Korea, millions of Canadians are grappling with a question as old as time itself: Now that Olympic figure skating is over, should we continue to exist?

The philosophical agony of how and why to live in a post Virtue/Moir era has been quick to grip the population, leaving the mark of an existential crisis on the souls of all Canadians, no matter where we come from or whether we even liked ice dance to begin with.

“I just don’t know if I want to live in a world without skin-toned mesh,” said John Willy, a 56-year-old fisherman from Port Saunders, Newfoundland and Labrador. “A month ago I thought Johnny Weir was a cartoon character,” he went on. “Now all I do is drive from one end of town to the other listening to the Moulin Rouge soundtrack and taking deep breaths through my nose,” he sighed. “I honest to Jesus don’t even feel like going to friggin’ Bingo this week.”

Across the country, student and human rights activist Shea is facing a similar struggle.

“I hate literally everything about the Olympics,” said Shea, 25. “It’s an exploitative, gender-policing, elitist, heteronormative circus of celebration capitalism,” she continued. “Which makes it extra weird that I blacked out on the day of the opening ceremonies and woke up just now wearing a limited edition Team Canada fleece jacket, yelling ‘Your closeness is an inspiration to us all!’ to no one in particular,” she explained, visibly confused. “I genuinely can’t remember what I cared about before now.” 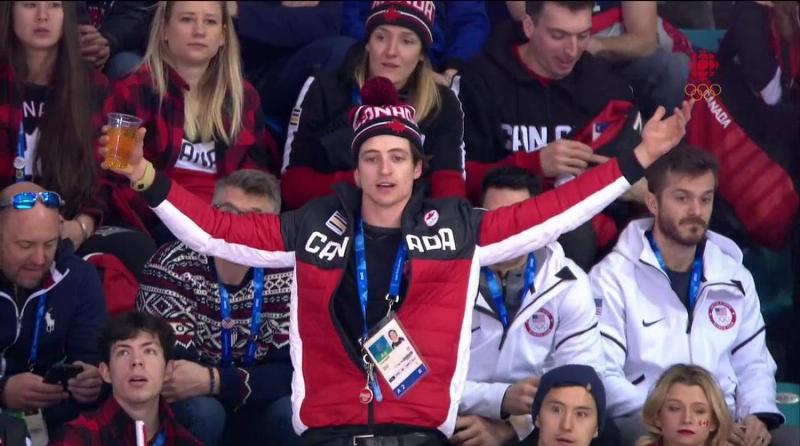 In other areas, Canadian places of worship are beginning to see an uptick in attendance as they scramble to serve a populace desperately seeking answers.

“Normally we have about 50 people in the congregation,” said Fr. Malcolm Morrison of the Catholic Church of Montreal. “This morning we had twice that many, which is really something. Those are straight up Easter numbers!” he exclaimed.

“Don’t get me wrong — it’s absolutely a blessing to see the church full after years of steady decline,” he explained. “It’s just a bit challenging to deliver the homily when several of the Lord’s sheep are vocally demanding why a merciful God would give us Scott Moir drunkenly chirping the refs at the women’s gold medal hockey game and then take that away,” he went on. “To be perfectly honest, I’m still waiting for Christ’s explanation on this one.”

As we collectively attempt to return to the CBC’s regularly scheduled programming, it becomes impossible to deny that Canada’s very identity as a nation hangs in the balance. Our endeavour to navigate a frigid new world devoid of bedazzled bodysuits and meaningful crotch-hugs is punctuated by politicians’ feeble attempts at weaving a threadbare quilt of patriotism from whatever scraps of pre-Olympic pride they can excavate.

“We’re so proud of our Canadian Olympic athletes,” said Prime Minister Justin Trudeau via his official Twitter account. “Now let’s continue to show the world what Canada is all about,” the tweet continued. “Please retweet if you know what Canada is all about.”
This was followed by another tweet 30 minutes later which simply read “Wood?”

When asked how she planned to move forward without Olympic ice dance in her life, Lynn, a stay-at-home mom and former figure skater from London, Ont., spoke directly to the pain of a nation.