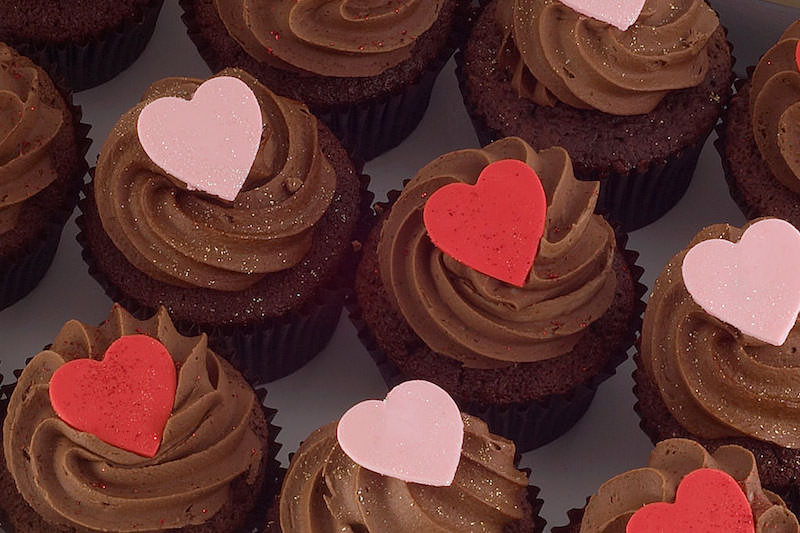 Montreal– After one to two days of halfhearted Googling, local entrepreneur Kenny has strung together a rinky-dink plan to show his label-free companion Jade just how much of a noncommittal, underwhelming fuckboi he is this Valentine’s Day.

Kenny, 28, has always made a point to show the women he definitely isn’t dating how much of an afterthought they are despite the absence of any real responsibilities in his life, but this year he’s determined to completely shatter Jade’s baseline expectations of human behaviour with a dash of je ne sais quoi.

“I’ve been doing the same thing for years,” said Kenny, enjoying a $23 salad at 11 a.m. on a Tuesday, somehow. “Obviously not with the same women, but I’m getting bored, which is the real problem here,” he explained. “Normally I’ll do traditional stuff like keeping our relationship status vague so she has to live with constant low-key anxiety until Valentine’s Day, at which point I’ll contact her at 7 p.m. to see if she’s doing anything, wait for her response, say ‘Cool, text you in a bit’ and fall into a peaceful 14-hour slumber,” he continued. “It just feels a bit cliché at this point.”

Kenny’s hoping that with a fresh approach, this year’s paltry, flaccid displays of romantic ambivalence will turn Jade’s usual “Wow. Really?” to a slightly different but equally incredulous “Wow. Really?”

“Last year I invited her over for what she thought would be a nice dinner, only to greet her at the door wearing a pair of sweatpants made up of 20 per cent cotton and 80 per cent farts,” said Kenny. “This year I’m going with 0 per cent pants and 100 per cent farts,” he said with a smile. “I really think it’ll highlight the disparity between the considerable effort she puts in and my complete unwillingness to deem her worthy of the most basic personal hygiene.”

The young business owner explains that in these modern times, being an emotionally unavailable tit simply isn’t enough.

“The standards for disappointing women are just so high nowadays, particularly in Montreal,” remarked Kenny. “Gone are the good old days of simply dating several women at once and getting their names mixed up,” he lamented. “By now most women fully expect us not to call them by their actual names because it’s too personal, and intimacy is hard,” he explained. “If you really want to convey your unapologetic refusal to acknowledge a lady’s rich inner life, you really have to think outside the box.”

Kenny is optimistic about this year’s strategy.

“I know that if I want her to seriously question the viability of real love in this world, I need to catch her off guard,” said Kenny. “Which is why I’m planning on taking her on the weekend getaway she’s been asking about forever,” he went on. “It’ll be the perfect setting for me to tell her I’m too fucked up to be in a relationship but I’d like to continue having sex with her, relying on her emotionally and deriving comfort from her presence,” he explained, letting out a satisfied sigh before kissing his fingers like a cartoon Italian chef. “I can’t think of a better way to show her how important my own needs and desires are to me.”

Meanwhile, Kenny’s freelance lady partner has Valentine’s Day plans of her own.

“I broke up with Kenny two months ago,” said Jade, enjoying sushi with a man who was clearly not Kenny. “Did he not even notice? Jesus Christ. This is Rob, by the way.” ■