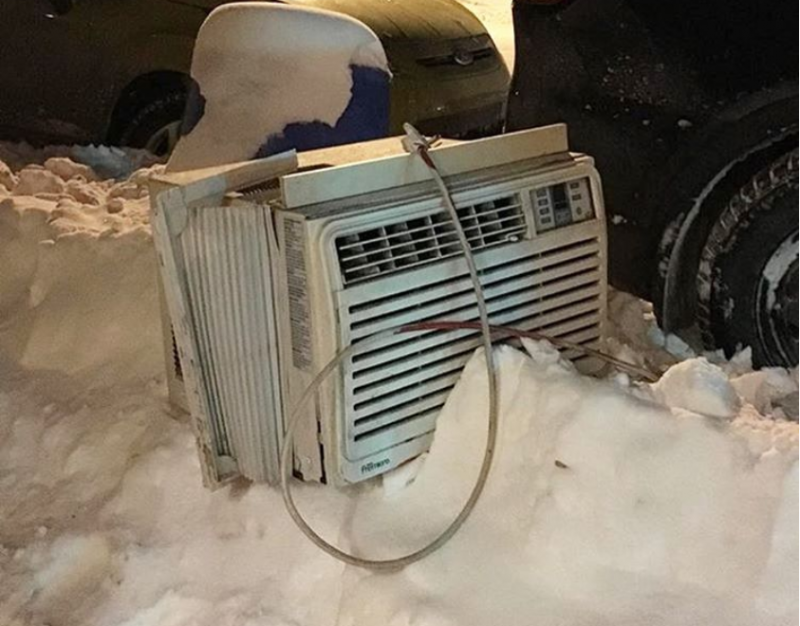 Verdun, QC– A Montreal borough has come together to denounce American president Donald Trump’s recent use of the word “shithole” in reference to several non-white countries as deeply racist, xenophobic and a gross misunderstanding of what constitutes a shithole.

Verdun residents — along with the rest of the world — were horrified last week to learn Trump had referred to African nations, Haiti and El Salvador as “shithole countries” during a meeting Thursday, a move which provoked both condemnation and confusion from locals.

“Even by Trump standards, this was horrific. It was a truly stunning display of hatred, bigotry and ignorance,” said local barista Celeste, 32. “Dismissing the entire African continent as a shithole because its people don’t look like you is not only batshit racist, but deeply flawed on a factual level,” she went on. “A large portion of Verdun residents resemble Donald Trump quite closely, yet our biggest claims to fame are boiled hot dogs and the public urinator at the canal who wipes his dick with a leaf,” she explained. “Let’s not get our shitholes twisted.”

“First off, I’m just disgusted with his blatant prejudice and perpetual lack of humanity. He’s a genuine goblin,” said the coffee shop patron. “Secondly, Haiti has one of the most resilient populations on Earth,” he went on. “Has he been to Fourth Avenue? Mme. Delouche can’t even rebuild the two dog strollers that have been sitting in her yard since 2013, for Christ’s sake,” he remarked. “Poverty? Give me a break. Show me a mildewy Bichon Frise pram and then we can start talking shitholes.”

The two are not alone. A group of locals has organized in the wake of Trump’s comments to plan Shithole Awareness Day, an initiative aimed to combat the American leader’s problematic views and educate the general public about shithole myth vs. shithole reality.

“We really want to make it clear that massively offensive generalizations about an entire country or continent are unacceptable,” said organizer Charles, 25. “And to illuminate for those who may not know — including the President of the United States — what a real shithole looks like,” he went on. “We’re even considering inviting him to visit Verdun when the snow starts to melt in the spring. I’ve heard Mr. Trump is a visual learner.”

Charles hopes the event will give people the tools to better identify shitholes in the future.

“El Salvador is a beautiful country with a rich history and problems like any other nation” he said. “But do they have my second cousin Randy riding an old refrigerator down the stairs of his triplex while his girlfriend chain-smokes a pack of Peter Jacksons with their two school-aged sons? I think not. Yet somehow the entire family is still allowed into America to visit Disney World every year with no issue,” he remarked. “It’s almost as if most of the country is incapable of recognizing a person of shithole origin when it sees one,” he said. ”But then again, I’m not one to generalize.” ■