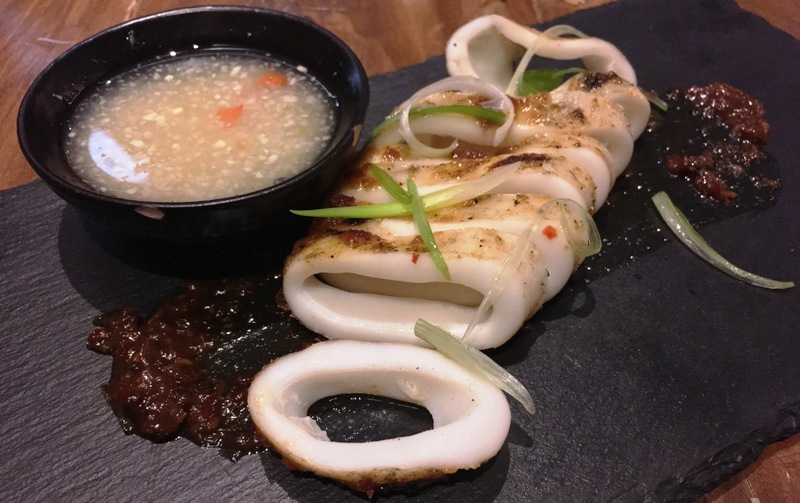 This past year, I moved from St-Henri to Verdun. Friends joked with that old stigmatic adage of oui, mais c’est loin, and even I bought into it at first, but that faded with time. Everything I used to love about the Hen — the large apartments for cheap, the social mix, the food, dear lord, the food — had been steadily taking shape further southwest. Very “up and coming,” as an envying gentrifier might say, looking at my digs from over the canal like a regular Wilson Wilson Jr.

With new bars and a beach planned for the waterfront, Verdun’s come a long way from being a century-dry community with casse-croûtes that have VLTs stationed in their back rooms. As much as I love stuff smothered in cheese and gravy, I felt my move made that much more sense when chef Tota Oung’s Cambodian restaurant les Street Monkeys opened its doors last summer. 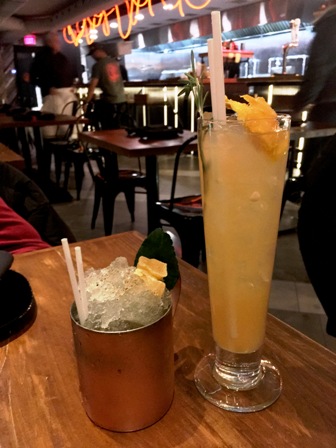 Cambodia is not the first country to come to mind when thinking about Southeast Asian cuisine, with the average diner sooner recognizing Thai or Vietnamese. The beauty of this restaurant is that it’s changing that lacking memory through the sheer force of its kitchen, whether or not it aimed to do so from the very beginning. Even the design and atmosphere of LSM is a visual firework, combining the darkness and dankness of an alleyway with festivity: Its colour palette combines bright, energetic oranges with polished wok black. There’s “unfinished” tilework in the bathrooms and graffiti verging on wildstyle coats its eastern wall. A bright eponymous neon sign hangs behind a steel cage above the bar, and a dangling rope of lighting over the bar suggests a few loose wires, though Oung’s food is anything but.

The menu is true to its roots in its complete shareability, each item being a form of tapas. All the better, as on one hand it’s a tradition to have more than one plate on the table, while on the other Cambodian meals contain dishes that will sharply contrast one another. In short, it’s a total trip, and my only warning goes out to vegans and vegetarians: there isn’t much beyond salad and cocktails, however delicious they may be.

Speaking of which, my friend and I started out with a few drinks as we browsed the menu. Much like the food, the cocktails exert similar charismatic flavours without excessive flamboyance. We settled on the Cambodian Stepmother and the Sunrise Kep (all cocktails go for $12): The first was a vodka-saké base brightened by grapefruit bitters and zest, while the second had all the fruit and fun of the coastal Cambodian province it was named after; a tequila-Cointreau combo mixed with lime, grapefruit, rimmed with mango salt and topped with dried mango. Cocktails this good can easily prompt second and third rounds as the meal goes on, so we opted to switch over to their pints of yuzu Creemore later on ($10). 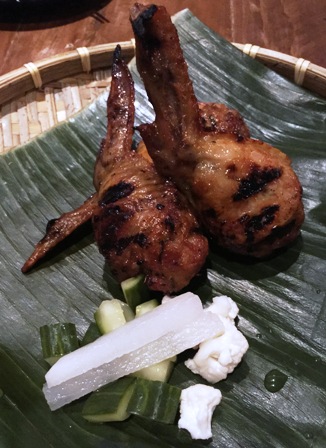 Provided that you order several items — and you should — the kitchen does an exceptional job at arranging their order and timing. Our first round featured mom’s imperial rolls ($6) and the wasabi shrimp ceviche ($11). In comparison to the other dishes we ordered, the rolls were the most plainspoken in their mix of pork and taro with a side dip of fish sauce, and that’s it. It was the shrimp ceviche that I thought would give every other dish a run for its money, as its tiger’s milk was so packed with this pungent plant that I couldn’t stop, enjoying the rush of every bite. My only bone to pick here is that I could see the benefit of crispy shallots as garnish but they were added too early, arriving soggy and swimming by the time the plate reached us.

These were followed by fried papaya salad ($8) and stuffed chicken wings ($10). I greatly enjoyed the papaya, normally a freshly julienned, unripe fruit that was turned into a crispy treat, laid on a pool of lime juice and fish sauce with crinkling Thai basil. By no means a spicy dish, but endearingly acidic and salty, every scrap of papaya, carrot and scallion was picked from the plate. The stuffed wings were a fantastic follow-up, as they exhibited many of the delicious mixtures of flavour that Cambodian food combines with kroeung — a paste made from a mixture of lime zest and leaves, lemongrass, galangal, turmeric, garlic, shallots, dried chili, give or take a few more ingredients. The result is a mildly herbal, savoury taste that stays briefly after each bite. The chicken was definitely delicious, but these flavours came through most in the Thai sausage stuffing. 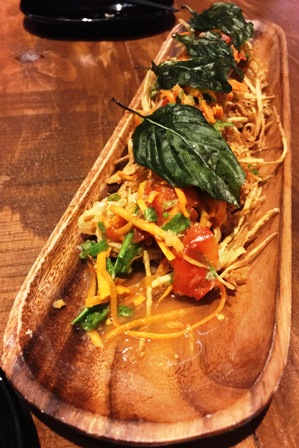 Onto the surf, as the waiter brought the amok fish, pieces of cod cooked in a thick red curry sauce, coconut milk, red pepper slices and fried strings of taro ($14). Another sharp contrast to the dishes that came before it, the fish was the most savoury of all, every mouthful an excellent balance of creamy textures. Though I’m pretty sure I was given coconut instead of taro, I lapped it up regardless. It was almost sad to see the empty plate taken away as the grilled squid arrived ($12). Brushed with soy and crab paste, it’d been cooked to soft consistency, but lacked any bombast in comparison to the dishes that came before it. It’s as though my friend and I were leaving the way we came in — that unsuspecting climb of a rollercoaster, the sudden peak and rush, only to safely touch back down again.

Looking back, sure, there were some nits to pick now and then with what hit our tabletop during our meal at LSM, but I had no doubts. What I enjoyed I’d recommend, what I had second thoughts about I would try twice, and what I hadn’t? I’m aiming to try everything Oung can throw at diners as he continues to refine what is already a stellar menu. ■