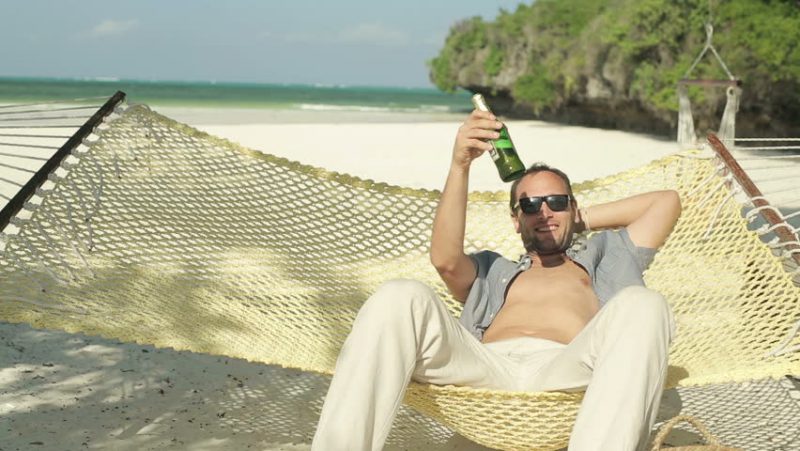 After a year of careful budgeting and conservative social activity, a formerly well-liked friend, colleague and brother is relaxing at an all-inclusive resort in Cuba like a complete dick.

Freshly minted piece of shit David, 32, began his weeklong vacation in Varadero this week after several months of meticulous planning. The previously tolerable project manager made sure to work out the logistics with his supervisor so as not to inconvenience his coworkers while he’s lounging in the sand for seven days like a frigging jackass.

David, a former volunteer firefighter who knows for a fact that his sister had to shovel her driveway this morning, has a reputation of being kind and sensitive, which is funny because he just Instagrammed a picture of a fucking lizard on some hot rocks.

On account of his moderate anxiety and depression, David travelled alone to focus on his mental health as well as personally target his colleague Jennifer, a mother of three, by throwing his highfalutin lack of responsibilities directly in her face. He did, however, promise to bring souvenirs to his officemates such as cigars, rum and a giant middle finger to everyone who doesn’t have the luxury of traipsing off to the Caribbean willy-nilly like some kind of white collar Peter Pan.

Before he left, David informed his friends, family and coworkers that he would be “totally unplugging” to “lower his stress levels” for most of his trip as a thinly veiled reminder that he’s an unapologetic prick who would rather live like Grizzly Man than be subjected to the banal commentary of his loved ones. David’s sole phone call was to inform his best friend Toby that he had landed safely and he “wished” Toby was there, effectively informing Toby that their 21-year friendship was worth less than the $987 it would have cost to bring him along.

Being the narcissistic malcontent he is, David broke his dubious promise of no contact almost instantly, posting picture after outrageous picture of wildlife only he could enjoy, taunting his hardworking brother Jack with captions such as “Save the Monte Iberia Dwarf Frog” and “Protect our planet.” Unsurprisingly, he has completely ignored Jennifer’s text message asking if he thought she should begin an email with “Hello” or “To whom it may concern.”

David is presently continuing his sadistic game of cat and mouse, taking the time to write his grandmother a postcard only to turn around and stonewall his aunt Judy when she wrote “lol I hate u” twice in a row beneath his picture of a Basking shark.

In a final “fuck you” to everyone he holds dear, David made sure to leave his snowblower on his deck for anyone who needed it — a lasting reminder that although the relentless braggart had abandoned them, he would always find a way to haunt their cold, pathetic lives.

At press time, David was seen forwarding his flight itinerary to Toby like a full-blown asshole. ■