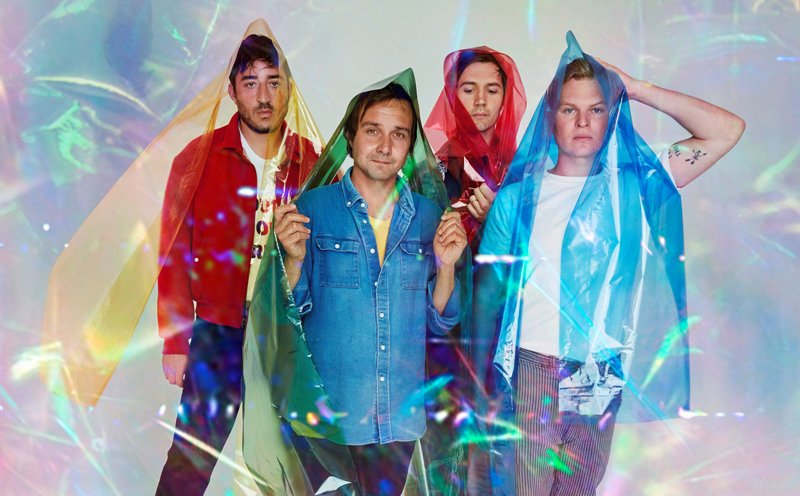 There are bands with domineering frontmen. And then there’s Grizzly Bear.

Sure, the Brooklyn indie rock quintet’s founding member, Ed Droste, began Grizzly Bear circa 2000 as a moniker for the music he was making. but his singer-songwriter debut, 2004’s Horn of Plenty, featured percussion contributions from Chris Bear. Subsequent gigs saw them recruiting friend and bassist Chris Taylor to join them on stage, and before long Dan Rossen, a pal of Bear’s from jazz camp, also joined the fold. From there they began working on what would become their 2006 album Yellow House.

“Since 2005, when I joined the band, the songwriting has been split in half between him and me, but that’s not always understood by the public,” Rossen says. Since their 2012 album Shields, the members of Grizzly Bear have “been trying to open it up as much as possible, so that everyone in the band is more integrated,” he says. “We just want everybody to be a part of it, and share in the song-making process as much as possible.”

But why would he or his bandmates be content with such a democratic vibe? After all, aren’t musicians performers through and through, craving the spotlight and accolades? Rossen says such rock star clichés don’t apply to Grizzly Bear.

“Everybody in the band has such strong skills and opinions, so it’s always more interesting to integrate what everyone is doing rather than push one particular viewpoint,” he says.

And never more has that been the case than on Painted Ruins, the band’s fifth studio album, which they released this past summer. Rossen cites single “Four Cypresses” as a prime example, recalling how Bear kickstarted the song by “putting down this strange rolling percussion. He had put that together long ago, left it sitting around and we didn’t know what to do with it. After listening to it over and over, the melody and lyrics came together, and I just began writing lyrics about life in L.A., where I grew up.”

Painted Ruins deep cut “Losing All Sense” exemplified the band’s all for one, one for all process all the more. It started with a guitar figure that Rossen was messing around with, which he sent to his bandmates to mull over. “Chris took it, sped it up and put a bassline over it. Then he came up with this totally new drum feel, then I added this second section that wasn’t there before.”

And on it went, with members tweaking elements, changing lyrics and sending it for the others to listen to and modify again and again.

“We didn’t know what it was until the very last minute. We didn’t know it worked pretty much until we were mixing it,” Rossen says. “And that’s terrifying in some ways, but also so much fun, in that we’re tossing something around and everybody is putting into it in this intuitive way. It’s not one person’s song — you just watched it come together without any idea of what it would be.”

That camaraderie and joyful, pragmatic togetherness of Grizzly Bear’s creative process has also been growing naturally. Rossen attributes part of it to “having aged out of certain aspects of the music industry. Our expectations, I wouldn’t say they were low, but it’s not like it was when we were younger. Now we’re glad people seem to enjoy the album, and that’s just about all we were hoping for.”

Yes, the same egoless ethos they apply in their songwriting, where no member becomes the tyrannical frontman, clearly extends to most other aspects of their lives as musicians. “We’ve entered the period of our lives, in our late 30s, where our work commences separately from the critical world and what’s happening in popular music today. Now it’s really just about doing it for our own interest and development.” ■