Last weekend, the Montreal street art community was sad to learn the death of one of its greatest. Social media has since then been overwhelmed by messages of sympathy and respect. A final tribute.

A portrait of the artist was in preparation when the news came. Today, it is with great emotion that we present this portrait of Scaner, the conqueror of Montreal’s streets.

Scaner began his invasion of Montreal in 1997, well before the social media boom. A presence on the street was the only way to stand out.

But at the time, the competition between writers and crews was fierce.

Zema, one of the first women to do graffiti in Montreal, remembers:

“Scan and I were in opposing crews. We really did not like each other. Not at all!! We were young, but believe me, it was not a beautiful story …”

But this rivalry and the company of other graffiti artists gave Scaner the necessary boost to go further and further. Over the years, he became a member of different crews: DA et KG, 156, JKR, TFB, TFO, VC.. And then time passed and allowed the former rivals to make peace.

“I remember an Under Pressure festival,” Zema says. “During a storm, I took refuge under a roof right next to Scan. Awkward moment! But it turned to a conversation, and we said that, despite everything, we had a big mutual respect for each other’s art, and the beef had passed! He invited me to his art show. Making this kind of gesture, instead of maintaining hate, is so important in life.”

Scaner has said that a writer must give the best of himself, and that is what he did. Year after year, he hammered Montreal with an incredible constancy.

Beginning in his neighbourhood of Notre-Dame de Grace, he gradually moved across the city, with simple tags, to throw-ups, to more and more elaborate pieces. 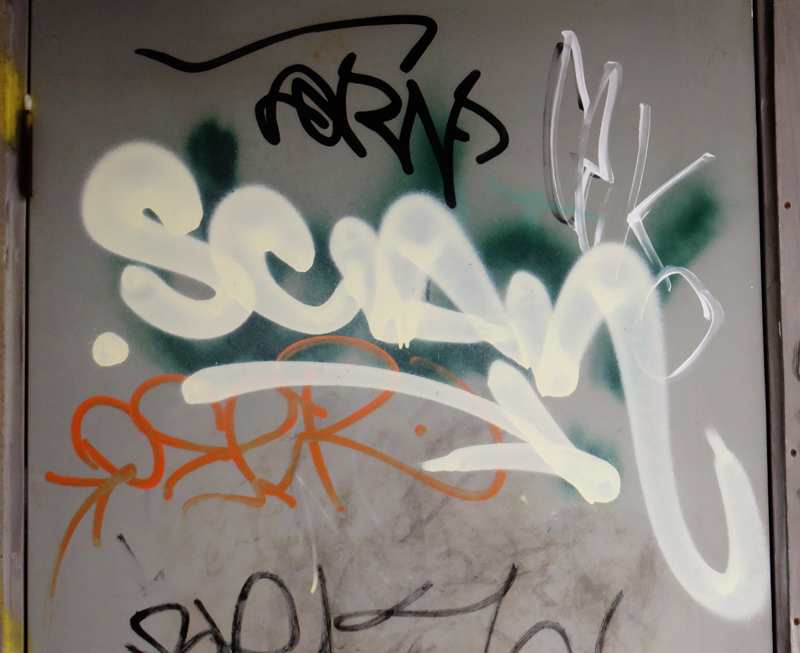 Scan, Scano, Scaner … his tag and his emblematic character are everywhere: around the train tracks, abandoned buildings, back alleys, rooftops, trucks. 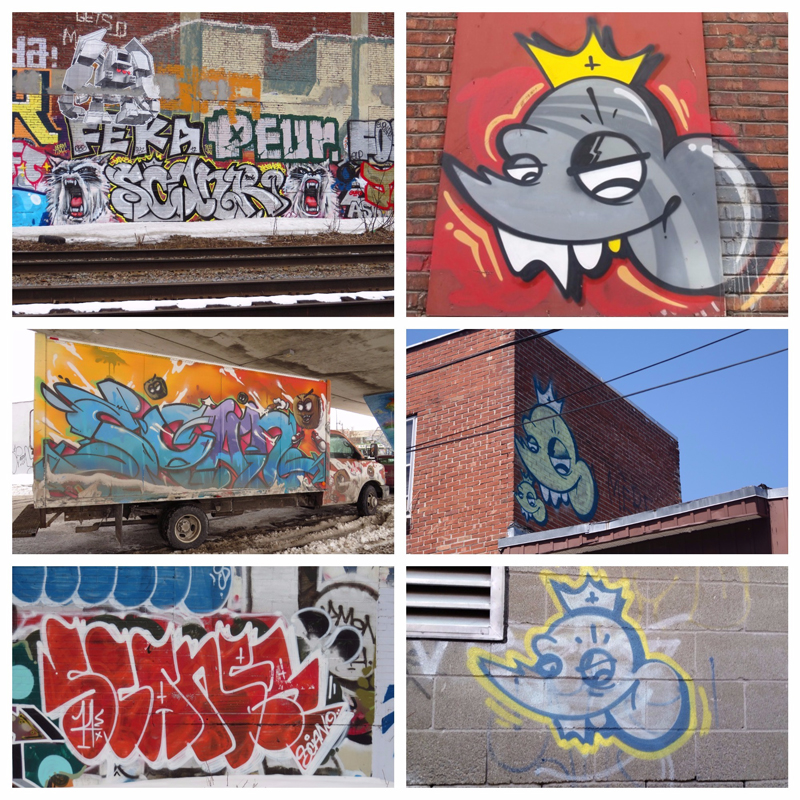 The city became his playground — legally, or not — as he sought to surpass himself and to evolve his style. He pushed the limits using different media: markers, stickers, pastes, rollers — anything that he could get his hands on. 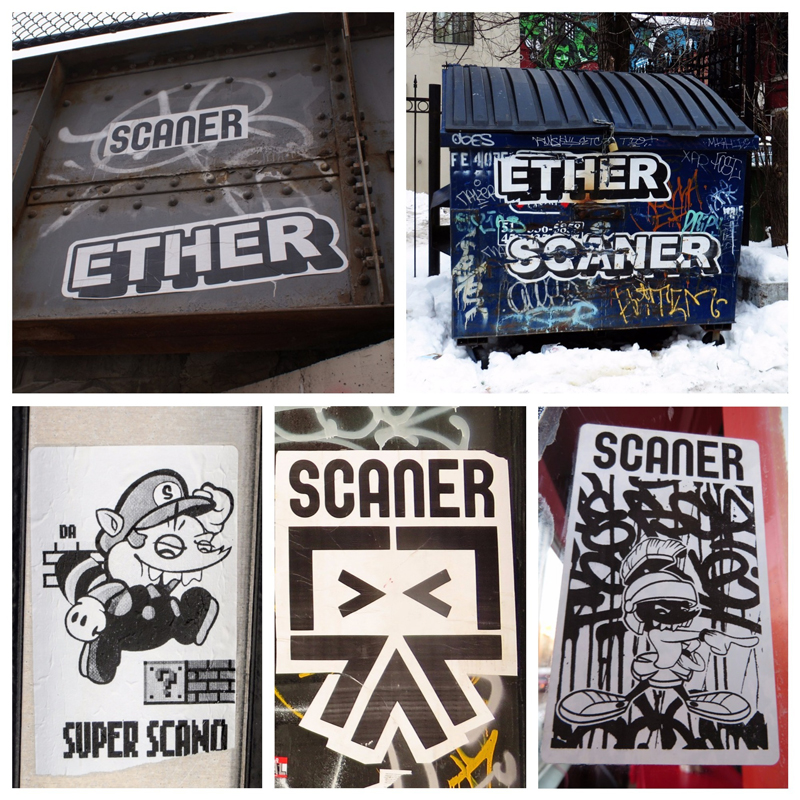 But he was particularly recognized for his mastery of the spray can and letters. 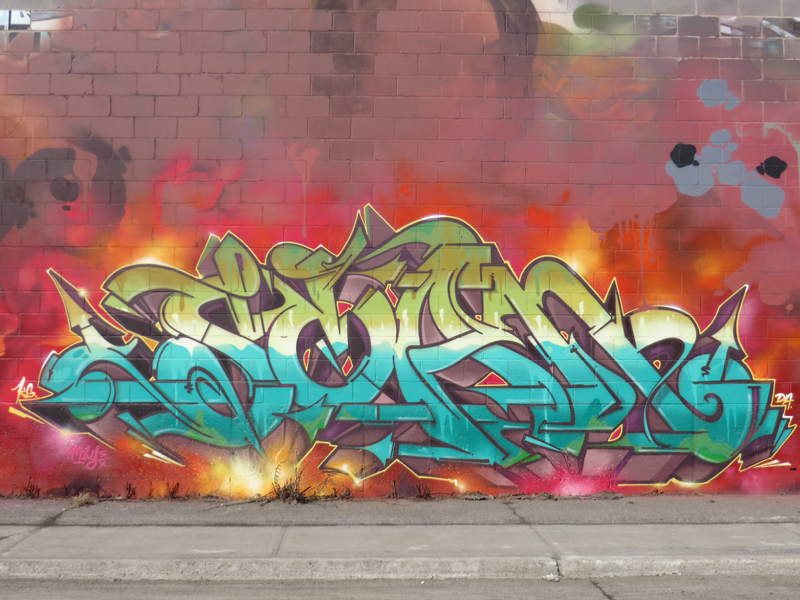 Seeing him at work was a privileged moment — like watching a ballet, because Scaner was a real dancer. A particular flexibility of movement allowed him to draw very long, clean lines. In his hand, the spray can suddenly became a magic wand; a grey wall a piece of art. 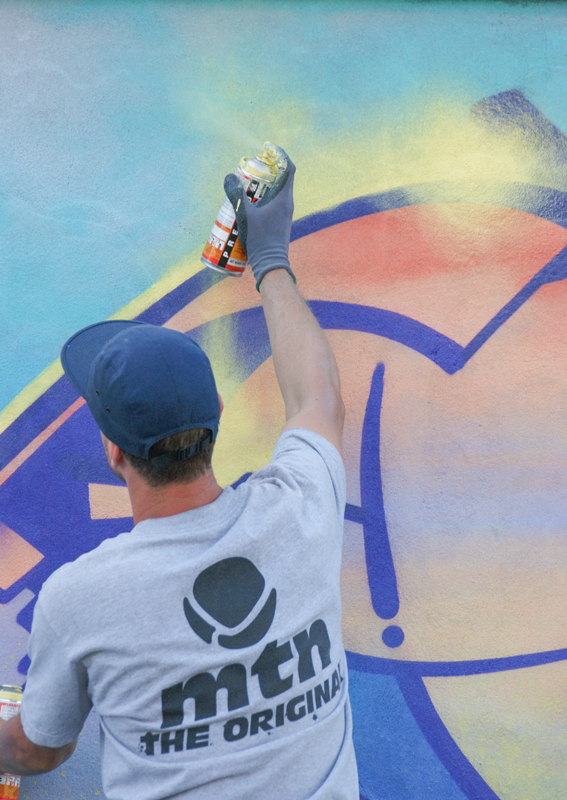 If Scaner painted with Montreal all-stars, Axe was without any doubt his most faithful partner.

For him, Scaner was not only a mentor and associate but also a partner in crime. 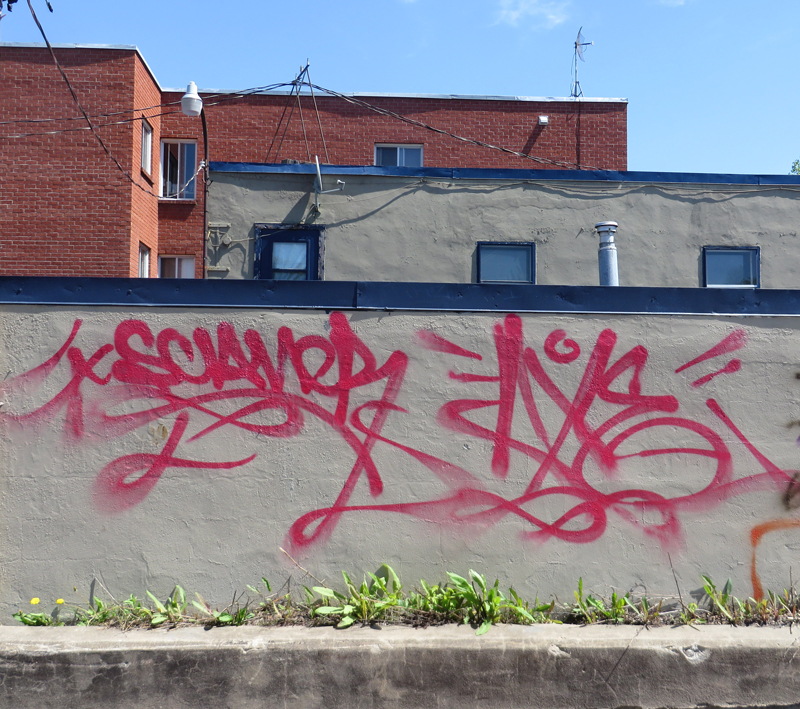 “I can’t remember our first meeting, probably because it’s as if we always knew each other,” Axe. “It all started with graffiti. It automatically clicked between us … I made cool characters and him sick letters. It was a perfect and dynamic match. Also, my nonchalant side combined with his ethic and rigor of work made us a complete combo.”

“He always believed in me and encouraged me to push and continue to believe and produce in all facets of the graff,” Axe says. 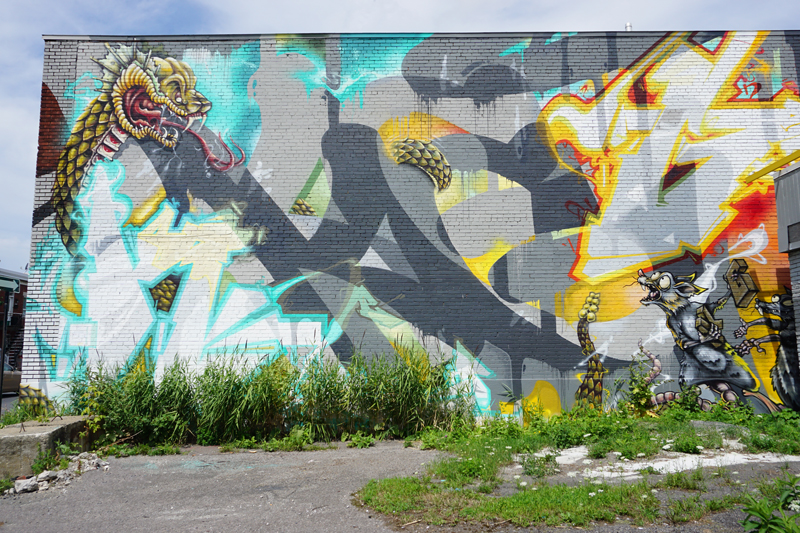 And then, with time, the vandal crossed the line between the street and the gallery. A paradox for some, but for him, a way to pay bills by doing what he liked. 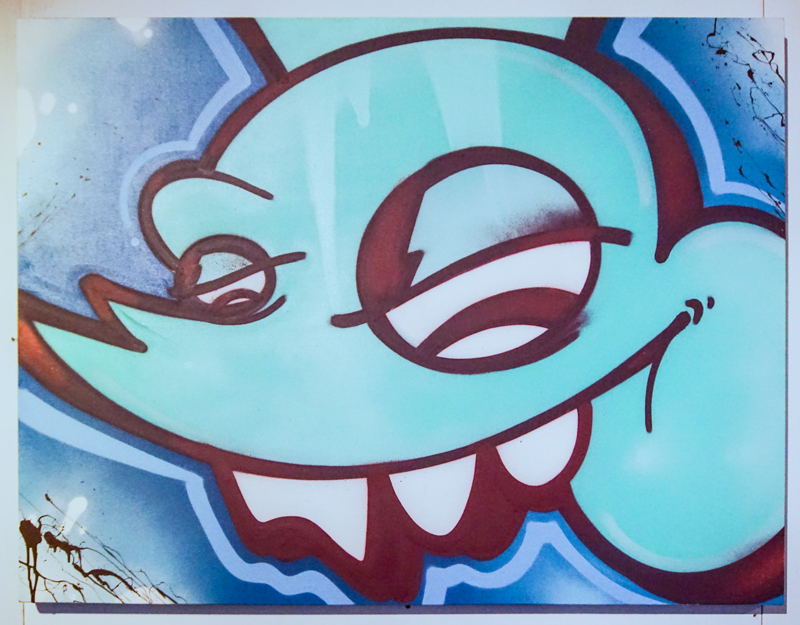 “As long as it sticks to my values, then hell yeah I’m down,” Scaner said in an interview in Bombing Science. “It was a matter of personal evolution and a way to push my art.” 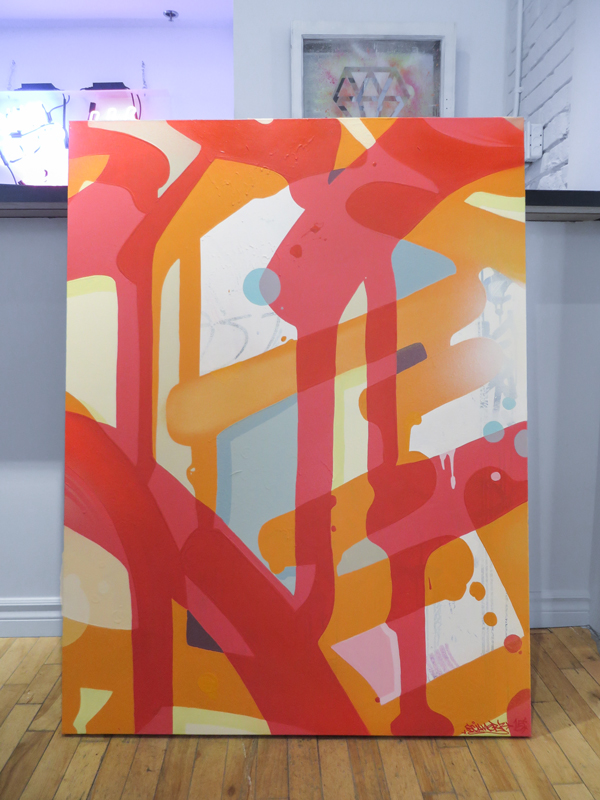 “For me, this is the perfect example of how and why graffiti can enter into a gallery,” says MC Baldassari. “He really developed a unique graphic style that really comes from the graf and turned into fine art.” 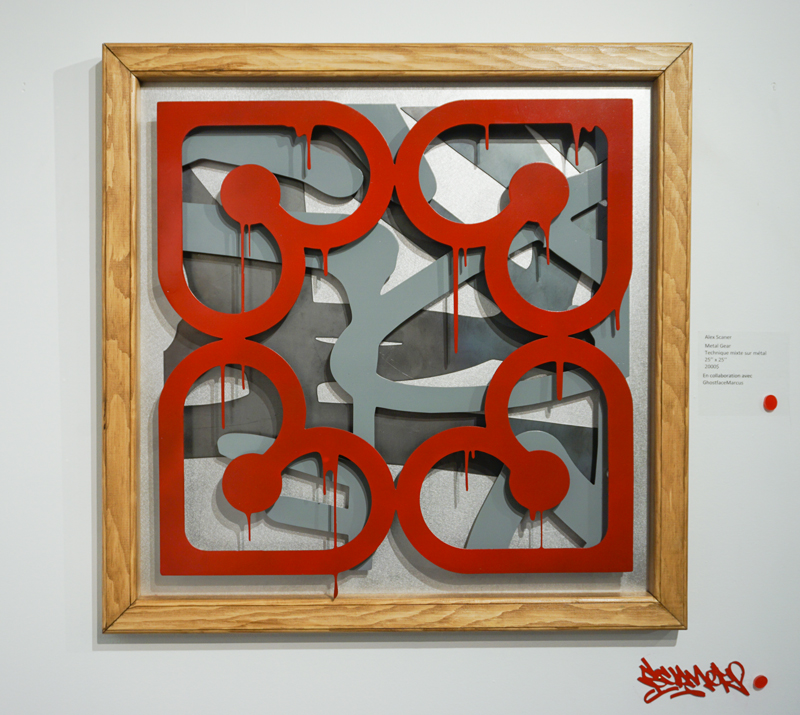 “I salute his uncompromising journey that spread the graffiti’s nobility to its paroxysm,” says Monk.e. “Few artists, regardless of the style, have sculpted their artistic identity with as much devotion. He succeeded in adapting to the urban art market without ever diluting his passion for real graffiti.”

Despite his undeniable popularity and his successes on the local and international scene, the man never deviated from his roots. A rebellious soul, despite having nothing more to prove, the delinquent artist (as he liked to describe himself) continued to leave his illegal traces in the city throughout his life. 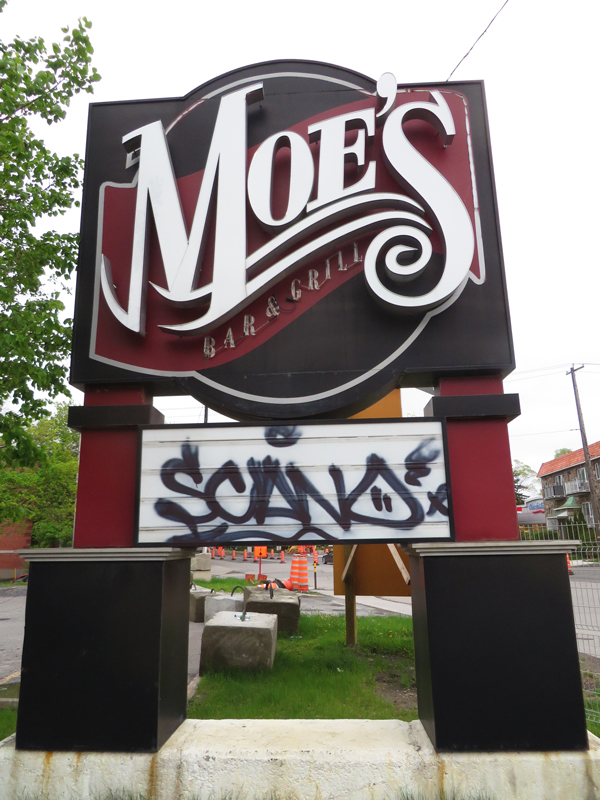 “Writing is and will always be a part of my life,” he said. 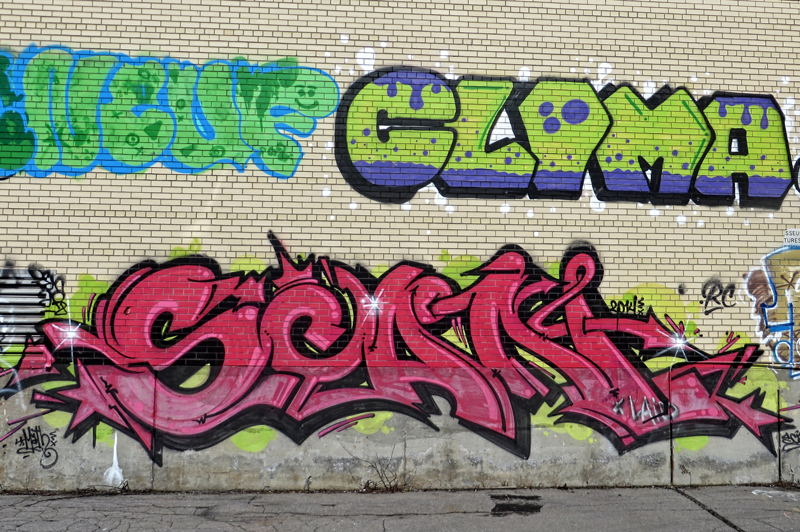 In April 2017, a big “Scan You Rock” jam was organized. For a weekend, many artists of the Montreal graffiti community and friends from outside the country painted about 40 pieces in tribute to their sick friend. 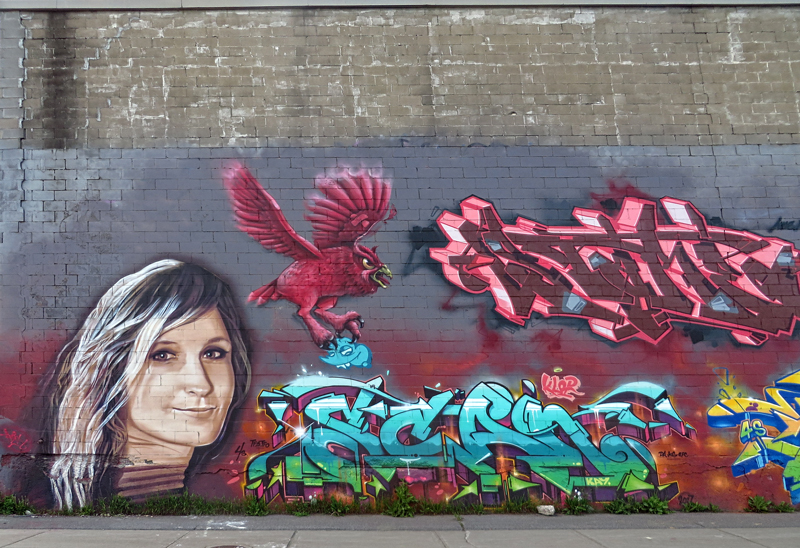 But thank you especially for these streets, roofs and alleys to which you gave life. With them, you can be sure that your presence will remain with us for many more decades.

“I’ve proved that I’m here to stay,” Scaner said. “I’m not the flavour of the month but more like the flavour itself.” ■

Nickie Robinson and Cult MTL wish to express their sincere condolences to Karine, her companion, her family and to the Montreal art community.