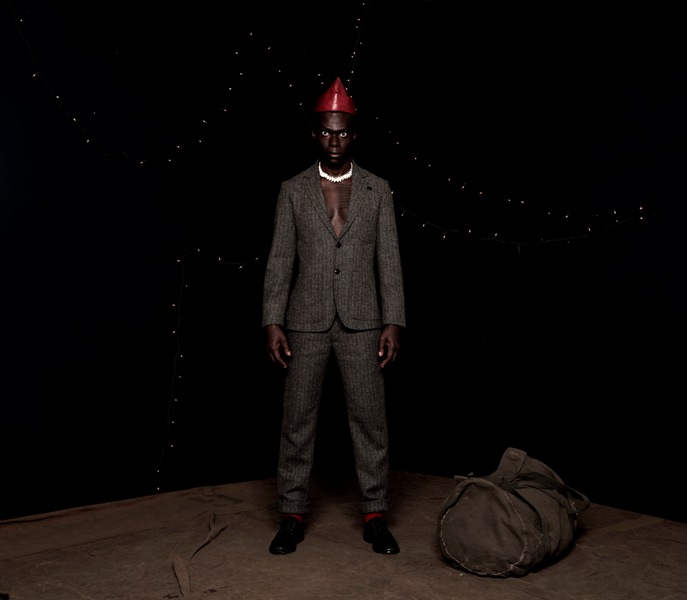 “I’ve never really been part of the band,” muses DR Congo-born, Montreal-rooted singer Pierre Kwenders as he prepares to unleash Makanda at the End of Space, the Beginning of Time, his sophomore LP, on Sept. 8.

The beginning of time is where our conversation naturally begins, and his emergence on the Canadian music scene was entirely unsought.

He and his business partner Herve Kolongo met the members of Radio Radio around 2011 through an entirely non-music related fashion project. Mentioning in passing that he sang, the group invited him to their studio the following day off a good vibe.

“I said I’d come hang out,” Kwenders says with a bemused laugh. The truth was he had begun singing simply because he was invited to join his church choir.

Granted, today you would never know it, and you have only to witness his upcming album launch at Phi Centre to understand why. Kwenders is a performance artist damn-near on a James Brown level of song, dance and energy, a true entertainer skilled at making a statement sheerly by his own presence.

His blend of traditional Congolese rhythms with his keen sensibility for purposeful electronic craftsmanship give Kwenders’ powerful, low-end vocals — executed in five languages — space to explore and emote beyond words and into the space and time occupied by feelings, ideas and human exchanges.

“This album is much more personal to me (than my debut),” he says. “The first one explored themes everyone can relate to — happiness, dance — but in a generally relatable way. On Makanda I look at themes from a more personal level.

“The most personal song, ‘Woods of Solitide,’ from me entering my 30s, adjusting, and understanding myself. It’s not about entering these woods, it’s about getting out of them.”

The album is dedicated to women, and specifically his mother, grandmother and aunt, who passed away of cancer last year. Love is examined deeply — true love, lost love, complicated love.

Another song, “Tuba Tuba,” tells gossips around his circle to be humble and sit down.

“I just wanted them to know they need to shut up and let me live!” laughs Kwenders, without naming names.

“Makanda means ‘strength’,” explains Kwenders, noting that in order for people to experience success in any endeavour we choose, we must combine a passion for hard work with a vision to fulfill our dreams. Stay rooted, but don’t let your ideas limit you.

Without such values, Makanda — a departure from the electro-heavy sways of his debut, with a more overall coherent, if perhaps more nuanced, aural aesthetic — may not exist as we know it.

“The album is produced entirely by Tendai (Maraire, of experimental U.S. hip hop outfit Shabazz Palaces),” says Kwenders. In short, he hoped to have the group on a couple of tracks, proposed the idea by email, and not only was welcomed to Seattle to work with the producer, but forged a bond that would result in an entirely collaborative record and what appears to perhaps become an ongoing association.

“You kind of get lost in time,” Kwenders says, adding that moments of Makanda will evoke the familiar, but perhaps not the known, as it travels through its chosen path of space and time.

“It’s of its moment, and it goes back. But also, further ahead. There’s a full circle here.” ■