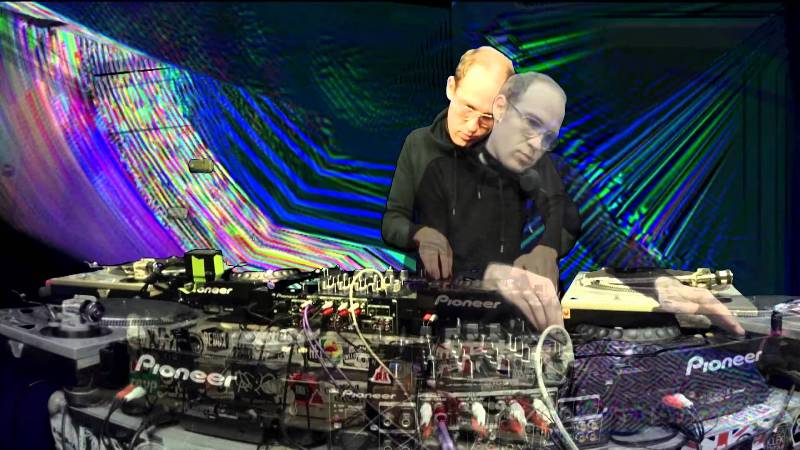 The few who showed up on time were treated to an introductory hour of intriguing Bollywood pop and dub. The majority who arrived fashionably late – which is probably the correct way to go about an extended set of this nature – likely jumped aboard around the time a classic Todd Terry cut had the Metropolis (currently undergoing renovations) ready to leap off its foundations. It started loud and somehow got louder. It sounded exquisite.

Snaith has done it all in mix form, from an Essential Mix to dropping a new Fabriclive this year to putting a lifetime of personal music picks in the form of a Spotify playlist entitled The Longest Mixtape. Sharing music comes naturally to him. His MUTEK set was as much about songs that changed him as much as surefire dance floor fun. It also didn’t discriminate in terms of genre: Bollywood and dub grew into dancehall and nods to Detroit and Chicago, and vibes seemed to change at every hour on the hour, like it was all timed that way in a grand sense even though Snaith looked to be doing much of his mixing on the fly. The percussion was layered and kept things from getting static, and nothing was boring so you were never really hanging on the next song switch. Stuff got unexpected applause, like Roy of the Ravers’ “Emotinium.”

If a party was what you were looking for, you probably found it between midnight and 3 a.m. If you took in the entire mammoth set, you were rewarded with a few secrets from Snaith’s deep collection.

Similarly, Sunday’s Piknic Élektronik-meets-MUTEK had the feel of a friendly gathering over a pounding soundtrack. American DJ Seth Troxler and his very enthusiastic booth-mates danced along with the packed floor, which never really let up the entire night. Piknic might be the greatest invention ever devised by the Montreal species, and Troxler’s headlining performance was one of those perfect confluences of music, weather and audience. It wasn’t too bro-y and the continuous, slow building grooves kept the mood light and convivial. Like Snaith’s set, there wasn’t really a wasted minute here, and Troxler knew exactly how to keep everyone caught up in the groove.

Both nights demonstrated the communal power of a great DJ set. With MUTEK shifting their festival from its usual late-May slot to August, there was an inherent risk that some of the event’s flavour would have been lost on the backend of an extremely busy summer in the city, but it ended up being the opposite: it brought people together one last time before heading back to school. ■