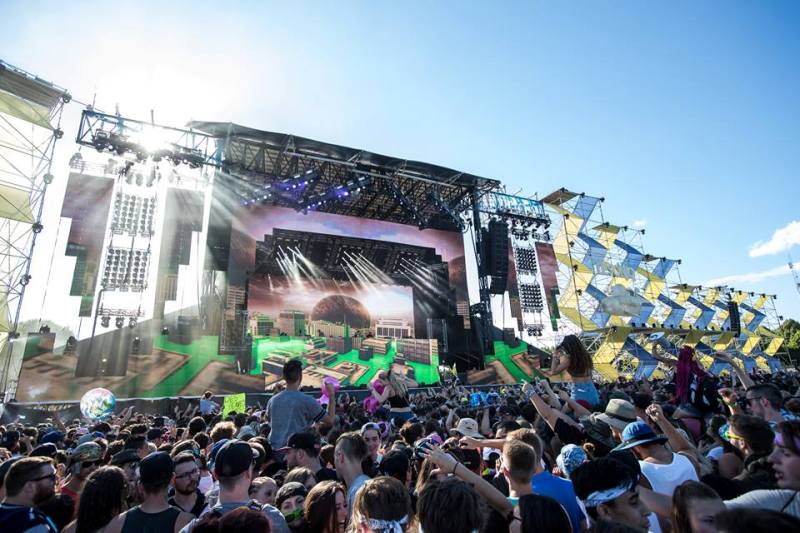 Quebec’s biggest EDM festival is right around the corner — happening this Friday, Aug. 11 and Saturday, Aug. 12, with a kick-off party in the city on Thursday, Aug. 10 — meaning that local and travelling fans of dance music will be able to rave on to some of the great acts who’ll be performing on gigantic outdoor stages and screens.

This year, with construction happening on Île Ste-Hélène, the festival site next door on Île Notre-Dame promises to be reconfigured for the dancing masses after accommodating the Osheaga crowd last weekend. Tiësto, Porter Robinson, Madeon, Afrojack and Claude VonStroke are just some of the powerhouse names on this year’s bill.

Bass heads will revel to the massive sounds of Excision, Getter, Big Gigantic, Michael Sparks, Ghastly, Spag Heddy, Lookas, Slushii and local talent Ronin. On a more hip hop/trap note, R3HAB, MedaSin, SAYMYNAME, O.T. Genasis, MIGOS and Desiigner will be sure to please the heads in the crowd. Watch out for those subs, they’ll blow any earplug away and possibly make our noses bleed — well okay, that might be from all that mosh pit action more than anything else.

For the second time in two years, trance legends Infected Mushroom will perform Return to the Sauce Live, a brand new show for their third performance at the festival. Trance enthusiasts will be very pumped-up to welcome the famous Markus Schulz and John O’Callaghan. PureNRG, a duo formed by Solarstone and Giuseppe Ottaviani, will be playing for the first time in Montreal, while Orjan Nielsen and Tomac will aim to send the crowd to another dimension.

More than ever before, underground techno artists have a presence on the ÎleSoniq bill. Names like Damian Lazarus, Audion, and REZZ will add a touch of weirdness to the familiar fun.

For its fourth edition, the festival promises to be a blast of decibels and visuals, maybe even more so than ever before. ■

ÎleSoniq’s 2017 edition will be held on Aug. 11 and 12 on Île Notre-Dame, and will be invading the Peel Basin in the downtown area on Aug. 10 (for more on that party, click here).