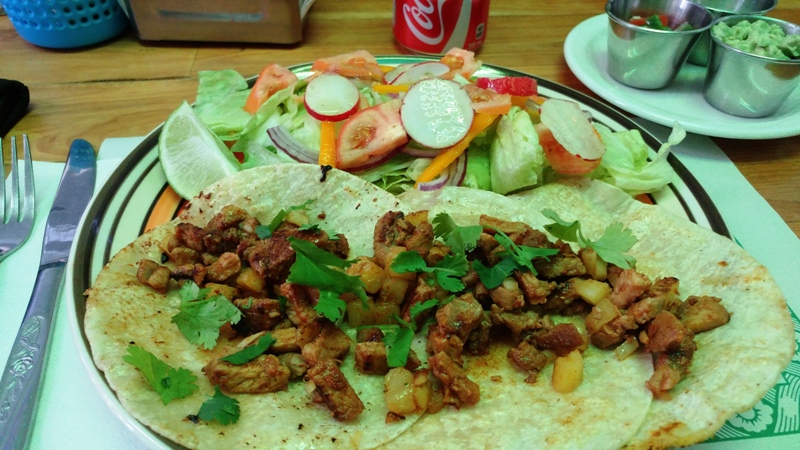 Nothing reveals one’s “Anglo-ness” quite like being shocked at how far the eastern part of this island goes, but I doubt anyone, even those who live there, consider Mercier-Est or Tétreaultville to be an unmissable culinary destination.

While it may never compete with the more central parts of the city, the same low rents and growing immigrant/young person populations that made St-Henri and Rosemont all that and a bag of peanuts is starting to turn this working class hood – where the bottom floor of every duplex is either a salon or dep – into a hidden food oasis. And it only starts a few blocks east of Honoré-Beaugrand metro.

Here are seven places to discover, most on the same street and all walkable from the metro. By the end, even you might be saying J’aime Tétro like a local. 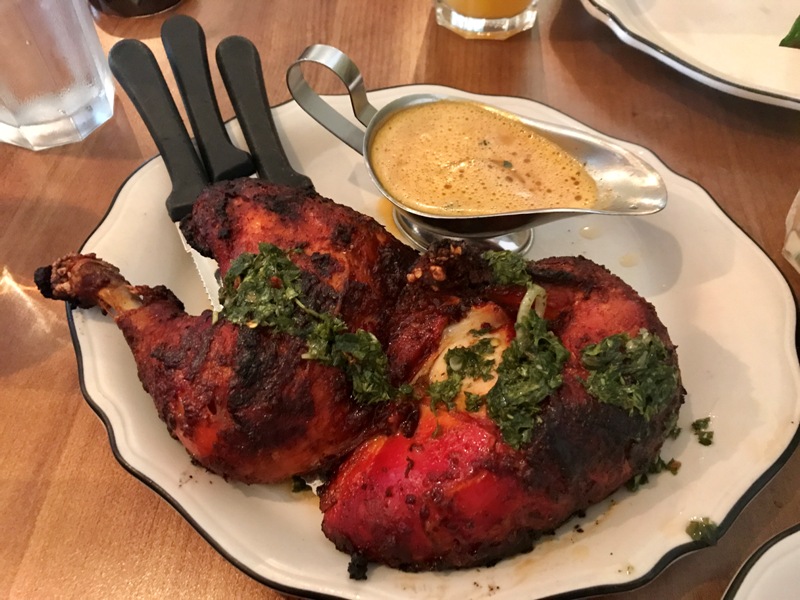 The main event of any trip to Tétro. It used to be a famous topless breakfast joint until cool couple Vanessa Beeching and Omar Zabuair took it over. They picked the isolated locale because it was affordable, but in the end have made it their own with taxidermy and vinyl records to grab the eye. Zabuair makes tandoori chicken, only they’ve been slowly rotating in a mammoth rotisserie oven. The result is arguably the juiciest spiced up birds you’ve ever sunk your teeth into. And that’s not even getting into the thick gravy. In a city where Portuguese chicken and St-Hubert rule over our hearts and minds, this far-flung eatery with tricky hours for non-locals is quietly making its case for best chicken in the city. It has my vote.

A triumph of Montreal’s multiculturalism. What was once a smoked meat place with a traditional long counter is now adorned with dozens of Mexican flags. A flat grill that used to serve up greasy spoon fare now warms soft corn tortillas to slightly crunchy perfection. Most Mexican food in Montreal is terribly overrated, devoid of flavour and way too expensive, especially considering the difference in quality between nofrills homemade Mexican fare and an average restaurant’s offerings is negligible. Nopales, run by a Salvadorian couple, brings that affordable, filling diner mentality to tacos and salad, and in the end succeed at satisfying for less than 10 bucks.

An Antillean family resto with full-course meals and a window full of Haitian patties, which are different from Jamaican ones in that theirs are roll-shaped and flakier, with less filling. They came with three options — my favourite was the one slathered with a thin layer of cod — and washed down nicely with a bottle of Couronne Fruit Champagne, the Juicy Fruit of soft drinks. The patties are more to snack on: go for a traditional Haitian dish like the Tassot de Cabrit (goat) or griot. 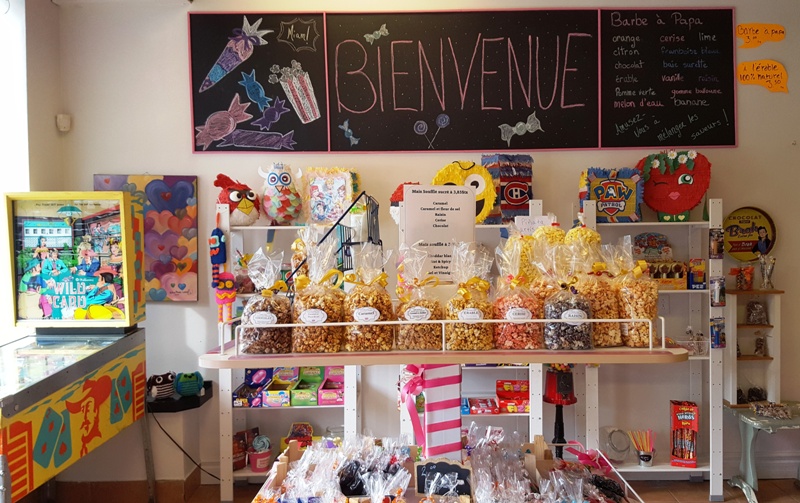 Au goût tropical’s next door neighbour. Along the front window there’s a classic pinball machine, while another has classic Fanta containers. A must for freshly spun cotton candy from their very own machine, of which they have about 14 flavours. That includes quite the seasonal specialty: real maple syrup. We’re in the middle of summer, so you might have to wait a while before that becomes available again.

A multi-purpose establishment. Le Sésame is a Mercier-Est organization committed to helping out the community with fresh, quality produce. There’s a small market with fruits and veggies, as well as grains and legumes en vrac. During the day there’s also the café with a terrasse, which guarantees daily meals at $8. The menu is constantly changing: on the day we visited they offered a homemade take on Quebec standard pâté chinois. Quality food with proceeds going to an important cause.

Pop into this unassuming gem for a ginormous, perfectly golden chocolatine or croissant. They have multiple locations, although this one is the most westbound. 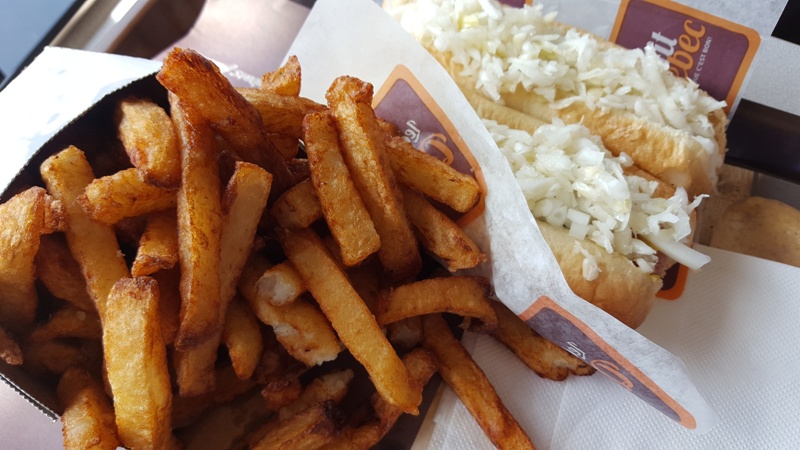 A popular chain in the Belle Province mold that few west of St-Michel Blvd. have heard of. There are 14 of them in all, including in suburban outposts Blainville, Châteauguay and Longueuil. There may not be much to differentiate them from the usual hot dog spots, except they have a razor-like focus on french-fry-making. This location had six deep fryers going in an otherwise austere kitchen set-up. Their poutine was disappointing because of their choice of gravy, but the fries on their own were thick, tasted of real potato and had an outer shell with some crunch. The serving size was also more than generous. A casseau of these fries with a few mayo packets and an old school peach fountain drink is my idea of Mercier-Est heaven. ■