The Fantasia film festival is happening at several theatres (primarily on Concordia University’s downtown campus) through Aug. 2. Here are our reviews of films screening over the next few days: 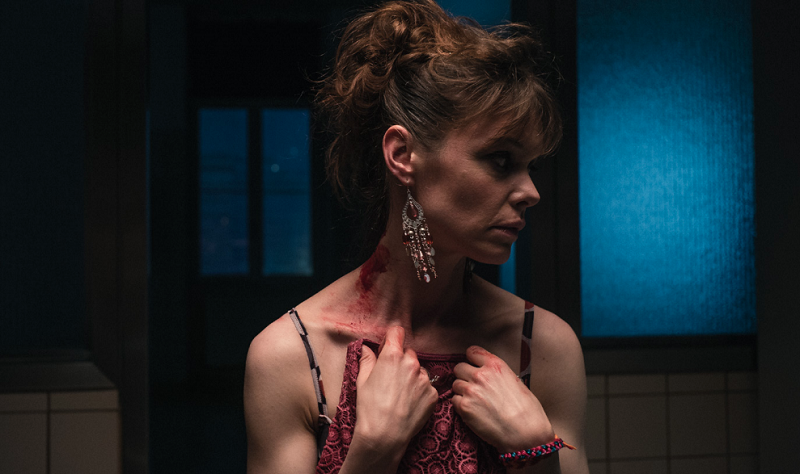 Marital malaise gets a thrilling, surreal treatment from Polish director Greg Zglinski in the bizarre and stylish Animals.

Anna (Birgit Minichmayr) is a frustrated children’s author who suspects her husband Nick (Philipp Hochmair), a famous chef, is having an affair with their upstairs neighbour Andrea. They leave the city for a six-month retreat in the Swiss Alps to mend their relationship, but also so Anna can work on her novel and Nick explore local cuisine. Mischa (Mona Petri), who bears an uncanny resemblance to Nick’s mistress, is hired to housesit while the couple is away.

While the tone already forebodes something eerie in the making, things go topsy-turvy when they crash into a sheep on the road to their retreat. Hallucinations, suicidal birds, mysterious locked rooms and an eloquent, talking cat are thrown into the mix, blurring reality and toying with chronology. Is Anna going mental or is Nick? Is Mischa actually Andrea? Is every scene just a dream sequence and what’s wrong with absolutely everybody?

Zglinski leaves all conceivable queries open to interpretation. Possibly weaving a dramatic metaphor on relationship turmoil or simply experimenting with strange, new artistic styles, Zglinski leads the viewer down a narrative labyrinth where every twist leads deeper into the dark. The dramatic score and horror-like visuals amp up the on-edge feeling that anything could happen next. Characters could break into a song or completely butcher each other into a bloody mess and you wouldn’t be surprised. It’s best to enjoy the strange journey, instead of wondering how or why you ended up in a darkened cul-de-sac. (Roxane Hudon) 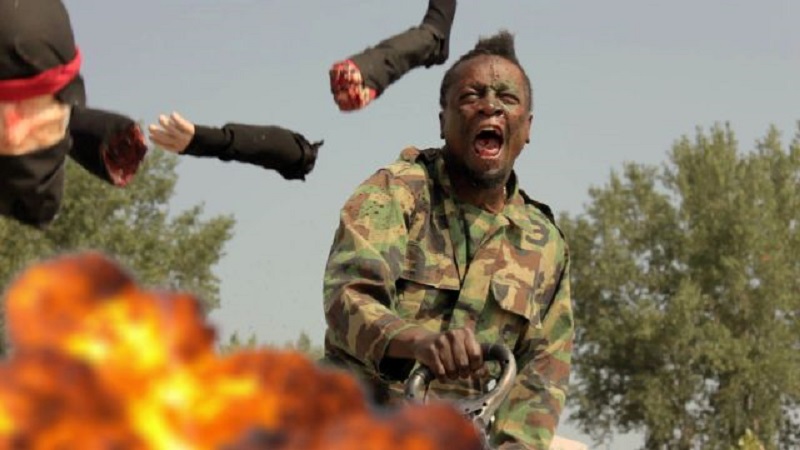 Sitting comfortably in the “only at Fantasia” category is this Québécois trash masterpiece, directed and written by Gabriel Claveau. Ridiculously silly and low-budget, Punk Fu Zombie is the first film produced by Douteux.org, a movement, if you will, dedicated to poking fun at questionable TV, film and media through special screenings, web series and their very own “Musée de l’absurde.”

Self-described as a “comédie fantaisiste d’action hochellywoodienne,” it imagines a future, independent Quebec invaded by zombies, because the Prime Minister Charles Maurice (Stéphane Messier) made a deal with the devil to win the referendum on sovereignty. That’s about the only “plot” summary you need to follow the hilarious mess that’s about to unfurl.

There are ninjas dressed in dollar-store Halloween costumes, a filthy gang of crusty punks, badly made-up zombies that spew blue liquid and an unlikely hero in the shape of the prime minister’s son — a perma-stoned slacker named Zack (Xavier Dumontier) who rarely walks around without a Gameboy and throws around grade-school level insults.

Claveau heavily borrows from the cheesy genres and bad movie clichés enjoyed by Douteux.org, from terrible over-dubbing and cringe-inducing dialogue to the unbelievable fight scenes and cheaper-than-cheap special effects. A DIY homage to bad movies, it’s probably best consumed after a raucous pre-game session involving the substance of your choice. I imagine being surrounded by fellow enthusiastic lovers of crap (instead of watching it sober and solo in screener-form) is also essential to the experience.

Rambling on past the 90-minute mark was perhaps a bit ambitious and the joke definitely starts wearing very thin near the end. I highly recommend making your way to punkfuzombie.ca to read the cast’s colourful biographies. Support local trash! (RH) 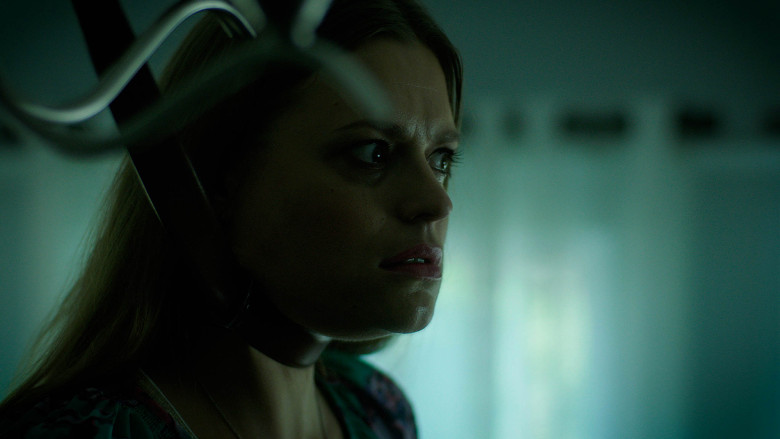 Love and relationships are perhaps not themes favoured by the films showcased at Fantasia, unless marriage is being portrayed as some kind of horrific hell, more frightening than made-believe monsters and what goes bump in the night.

Such is the case of Marianna Palka’s Bitch, in which the title literally refers to the female dog Palka’s character transforms into once the burden of her unsatisfying family life push her into madness.

Palka plays Jill, a frustrated housewife and mother of four kids of varying age. Her husband Bill (Jason Ritter) ignores her pleas to go to a painting retreat and cheats on her shamelessly with a hot employee at his office. His profession remains vague, like some kind of satiric take on office life where business includes cheap suits and incessant meetings in conference rooms. After a failed suicide attempt, Jill disappears only to be found later, nude, covered in her own shit and behaving like a dog. Her sister Beth (Jaime King) shows up to help Bill keep his family from falling apart and try to tame, if you will, Jill.

Unfortunately, aside from the comedic canine element, the film falls into very familiar territory once the bitch in question is locked away in the basement to remain unseen for a big chunk of the film. The focus veers towards Bill and his bad-dad-trying-to-be-good story arc. He goes from ignoring which schools his kids attend to cute montages of onesie parties and card games, while mom is taken away by her sister and parents, like an abandoned pet. Give me more bite and blood and less daddy redemption please.

While a gritty soundtrack and close-ups of Palka growling hint at possibly more gruesome developments, the film peters out after the initial reveal to conclude in a disappointingly tepid finale. (RH)

You can’t really go wrong with a documentary about the mythical land of North Korea, a place that never ceases to intrigue and amaze. Now throw in the presence of Laibach, a weird Slovenian band often criticized for their Nazi-like appearance, and you’ve got the recipe for a perfect doc.

Cue Morgen Traavik and Ugis Olte’s Liberation Day, which follows Laibach’s journey to North Korea in 2015 to perform amidst a flurry of controversy from international media branding them as Nazi sympathisers.

Known for their use of ironic fascist imagery and solemn, pompous covers of unlikely songs like the Sound of Music soundtrack or “Live Is Life,” Laibach were a shocking choice to be the first western rock band to play in the secluded state. Co-director Traavik spearheaded the project, acting as the cultural liaison between the band and the North Koreans, while also directing the actual performance. Well-spoken, moustachioed and dressed like a dictator, he emerges as the actual star of the film, while the intriguing band is barely interviewed. The members seem to be clueless and frustrated at the challenging process, with Traavik amicably bouncing between both sides.

Censorship, technical difficulties and cultural differences obviously plague the production. Traavik and Olte offer stylish montages to mix the imposing art-rock of Laibach with impressive North Korean landscapes. The whole amusing hubbub ends in such a hilarious, anti-climactic way with the directors brilliantly showcasing the audience reaction. Bemused confusion would be the best way to describe it. My only criticism is that I would’ve loved more of clips from the final performance, but worry not, you can find some online. Interestingly enough, it’s probably the first documentary I’ve seen set in North Korea that doesn’t treat the country as a bizarre, alien entity, but rather with a lot of open-mindedness and understanding. Of course, the result can’t help being endearingly strange and completely fascinating. (RH) 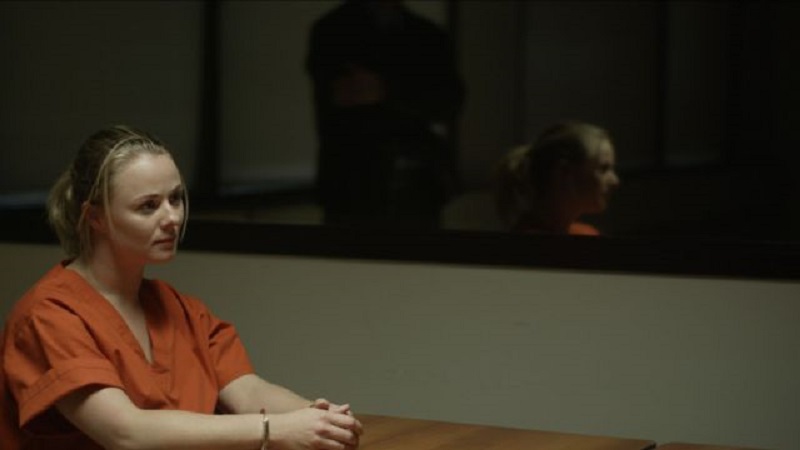 Logic nerds are the worst kind of movie audience. Anyone who chinstrokes about the probability of a twist actually happening and uses that to quantify the quality of a film is a dork and quite possibly anti-cinema. That having been said, I found myself perplexed and annoyed by many of the leaps of logic taken by Navin Ramaswaran’s Poor Agnes — not because they seemed implausible, per se, but because the film doesn’t really do the work in order to let the audience accept them.

Agnes (Lora Burke) is a serial killer, or, at least that’s white private investigator Mike (Robert Notman) suspects when he shows up to her remote country to investigate a missing persons case. Instead, he finds himself having sex with her and chained up to the basement wall in rapid succession. Agnes’s whole deal is psychological torture, making Mike feel like pond scum and stabbing himself in order to be fed. As the days go by, Agnes slowly forms Mike into a kind of partner — one who sleeps in the bed sometimes, but still gets the strap if the story he tells at lunch doesn’t please her.

Poor Agnes does some rather interesting things with psychology. It’s the rare sort of torture-centric movie that actually does explore what goes on in the characters’ heads rather than how good they are at pulling off fingernails. Where Poor Agnes actually comes up short is in establishing exactly why all this comes so easy to Agnes. Blonde and button-nosed, Burke is perfectly cast against type as this character but besides an array of portentous and pretentious voiceover musings, she never comes close to feeling remotely real. A movie like Poor Agnes exists entirely around the fact that we have to believe she’s good enough at manipulation that her prisoners would never even attempt to crack her over the head with a shovel when they have the opportunity, but it never actually does much to convince us of that. (Alex Rose)