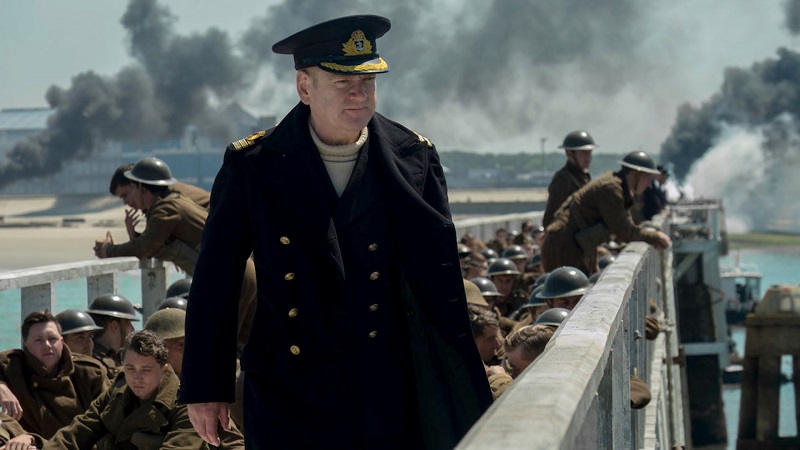 Forever obsessed with puzzles, structures and interlocking bits of narrative, Nolan has never struck me as a particularly organic director. If anything, he approaches film like an engineer designing systems. I’ve liked every single Christopher Nolan movie but I’ve loved none of them because, for all of their technical wizardry, they’ve never been particularly emotionally resonant to me. In that sense I’d say Nolan is somewhat of a progressive director — not in the social and political way, mind you, but in the musical way. Christopher Nolan films are Rush, Opeth, Yes, King Crimson, ELP and Dream Theater for the silver screen: impressively arcane constructions that are inarguably expressions of superior technical wizardry, but that I can only truly appreciate as thus.

When the news hit that Christopher Nolan was making a war movie, I could not imagine something other than a long, explicitly epic multi-strand opus featuring dozens of characters, possibly at different points in time. When I heard that Dunkirk was only about 100 minutes long, the tides shifted. Nothing in Nolan’s oeuvre looks and feels remotely like Dunkirk — in fact, not much feels like Dunkirk these days. As ridiculous as it may seem to say this about an extremely expensive movie released at the height of blockbuster season by one of a handful of modern directors that’s both a critical and financial darling, Dunkirk is minimalist.

Nolan weaves together three stories happening semi-simultaneously around the battle of Dunkirk, an absolute fiasco in which the British Army attempts to evacuate its troops from the beachside of France. In the first story, a handful of privates (including, yes, Harry Styles) attempt to get off the beach and onto one of the few, overloaded boats by any means necessary. In the second, a middle-aged civilian (Mark Rylance) and his son (Tom Glynn-Carney) take their boat out to help with the rescue, picking up a shellshocked soldier (Cillian Murphy) along the way. In the third, a jet pilot (Tom Hardy) with a rapidly dwindling fuel supply attempts to fend off the Germans as the evacuation progresses.

With little in the way of character identification, Nolan sets out to capture the frenetic and nightmarish qualities of war without relying on the modern methods of warfare. There is no mud spattering on the lens, no cameras trawling through the sand, no explicit gore (the film is in fact no more explicit than any war film made in the 1950s), little in the way of backstories or forged brotherhood. What few stars there are in here are hardly made the focus point — Hardy barely has any dialogue and spends much of the movie in a cockpit with a mask on, while Styles and his compatriots soon become indistinguishable from each other, covered in mud and oil and desperation. The enemy is rarely glimpsed in Dunkirk, and it represents only one of many things separating the protagonists from safety.

That’s another way in which Dunkirk strays from the modern equivalent of a war movie. (I’ll use Mel Gibson’s Hacksaw Ridge as an example, though it’s admittedly an extreme case of those tropes that probably find their roots in Saving Private Ryan.) Only Hardy’s character is actually doing anything you’d associate with “war” in the broadest sense, and even his job revolves around keeping tabs on the gas in the tank more than it does downing Germans.

Though not actually shot in black-and-white, Dunkirk has a grey monochrome quality to it, its impossibly wide IMAX shots filled with the dull greyness of the sky and the wet beach and the incessant doomy thrum of Hans Zimmer’s relentless, semi-musical score. (Do try to see it in IMAX if you can — the physical experience of the sound alone is worth it.) There are few pops of colour throughout (the sweater worn by Rylance’s son’s character, the smear of jam on toast handed to the rescued) but they only serve to heighten the hopeless monotony of the characters’ struggles.

There’s that old adage about how all war films will inevitably be too exciting to be anti-war. Dunkirk is not exciting. It doesn’t glorify war because it barely even depicts it in the cinematic sense, concerned instead with the logistics and mind-numbing desperation of men who aren’t even fighting as they fight for their lives. Dunkirk has already been earning Nolan comparisons to Kubrick for the exacting nature of this project, but I’m not sure how accurate these are. Dunkirk is its own thing — and it’s thrilling and excruciating in equal measures. ■