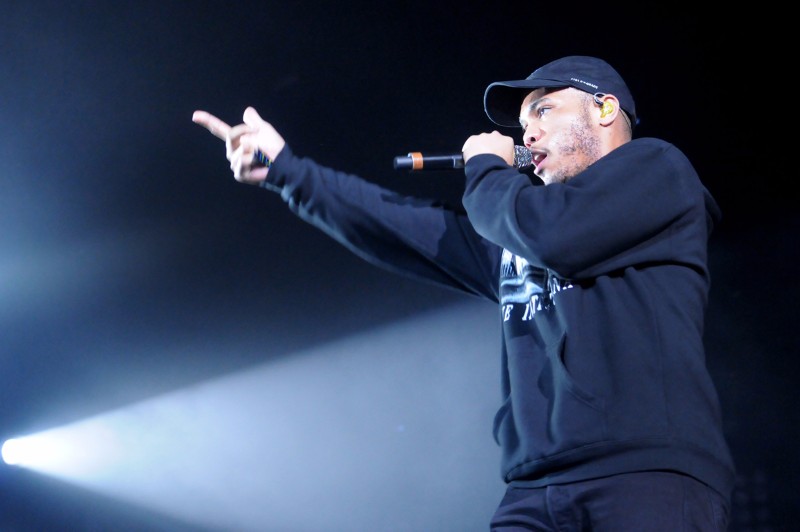 Anderson .Paak closed out the Jazz Fest with his band the Free Nationals, gripping the tens of thousands of people gathered at the TD Stage last Saturday night, starting his set with the funk-pocket-symphony “Come Down.”

“Bonjour, motherfuckers!” the Cali-born singer/composer/soul man bellowed with a smile. “We did not come here to play!”

It was immediately apparent that they were here to jam the fuck out, to the delight of their many fans in attendance. All the while impressing new listeners, there to take in one final night of the musical carnival at Place des Festivals, who might not have known what to expect. A singer/MC with a live band who also plays the drums is not your average fare on th radio or at the Jazz Fest, for that matter. 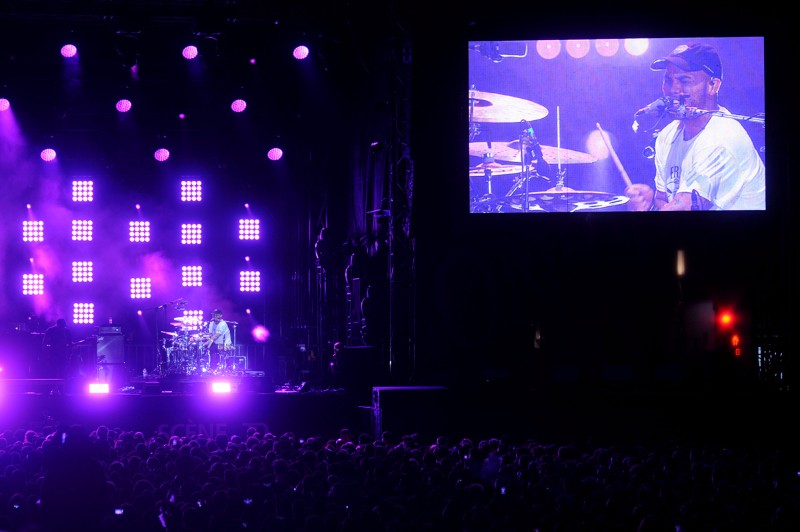 It’s not that .Paak’s music isn’t populist. His catchy, moving pop-rooted pieces touch on several genres at once, but are made his own via his trademark raspy voice and feel-good, “I’m livin’” hedonistic spirit. He’s been on Ellen, and your mom would probably like some of his music, but he brings a certain danger to his style that is lacking in today’s most cutting-edge hip hop.

That said, the crowd felt securely groovy as .Paak and the Free Nationals belted out “The Waters,” the Kaytranada co-produced “Glowed Up,” and “The Season” to get the show off the ground and into the night air on a cool, near-perfect July evening.

The festival programmers should be commended for taking a chance on this rising star. .Paak’s show would have been a sure-fire, sold-out Metropolis gig, but he owned this jewel-in-the-crown bill closing the outdoor stage — arguably reserved for something safer than an MC who was, in part, put on the map by Dr. Dre.

While the set felt a little short, clocking in around 75 minutes, .Paak fanatics and newly minted listeners alike were not shortchanged in terms of energy, track selection and spectacle. No, they did not come to play. But man, was that fun. ■