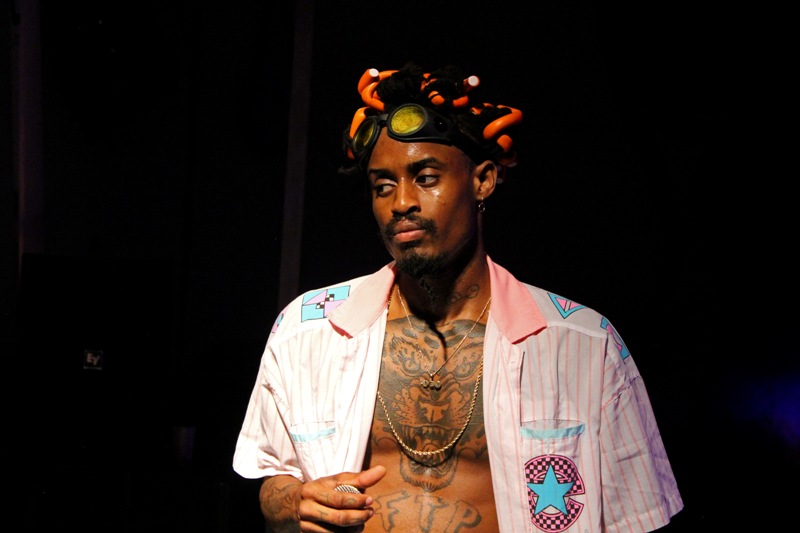 For tourists and Montrealers alike, MURAL feels like the unofficial start of the summer, a time (in conjunction with the Grand Prix and summer street fairs, on St-Laurent and beyond) when the city comes together to celebrate arts and culture from all walks of life.

One of the festival’s hotspots is the parking lot next to their headquarters, which becomes transformed into a stage and party area that can hold roughly 3,000 people. We hit up the 11-day festival’s first weekend, for both the Fido and Vice Quebec opening party, and Saturday for Fool’s Gold Records’ third-annual MURAL event. Here are many of the weekend’s highlights:

In their first performance of the year (not to mention their first as a duo following the recent departure of Joey), Husser and Kris the $pirit brought enough energy to MURAL’s opening night to damn-near upstage headliner Post Malone. Mosh pits and crowd surfing made up for anything theoretically lacking due to a missing member. This exhilarating set further solidifies these Little Burgundy-bred boys as one of Montreal’s most promising rap acts. 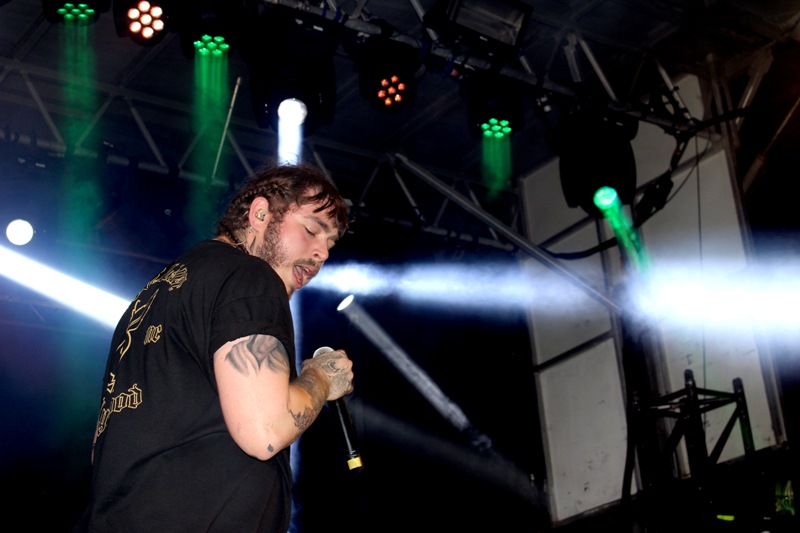 I first saw Post Malone live at this very same spot all but two years ago, during MURAL’s first Fool’s Gold event. This was just a few weeks shy of “White Iverson” being inescapable, when the Houston native was nothing more than a Soundcloud rapper with a buzz. Between “karaokeing” his performance with a backing track with vocals and a general lack of stage presence, the set was lacklustre, to say the least.

Flash forward to Thursday. Malone is now one of rap’s most sought-out, attracting upwards of 3,000 attendees for this opening event. Fortunately, with such power and experience ultimately came a far improved Post Malone. While the set mainly consisted of cuts from his debut album Stoney, pleasant surprises were found when a few early cuts were sprinkled in — performed far more masterfully, mind you. 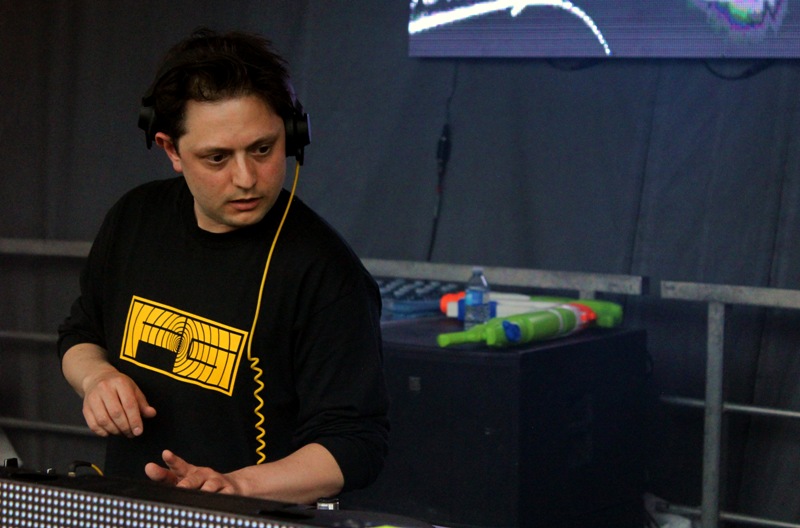 Nick Catchdubs is simply one of this city’s most underrated label figures. Co-founder of Fool’s Gold Records alongside Montreal’s own A-Trak, we have him to thank in part for bring the world names like Danny Brown, not to mention signing and mentoring homebred acts like Shash’U, Black Atlas and High Klassified.

As one of the Day Off’s earlier performances, Catchdubs provided the perfect warm-up for the madness that was steadily approaching, running through everything from Future’s “Real Sisters” to potential song of the summer, Playboi Carti’s “Magnolia.” What he may lack in directly engaging with the crowd is healthily compensated with the smashes he dropped for them. 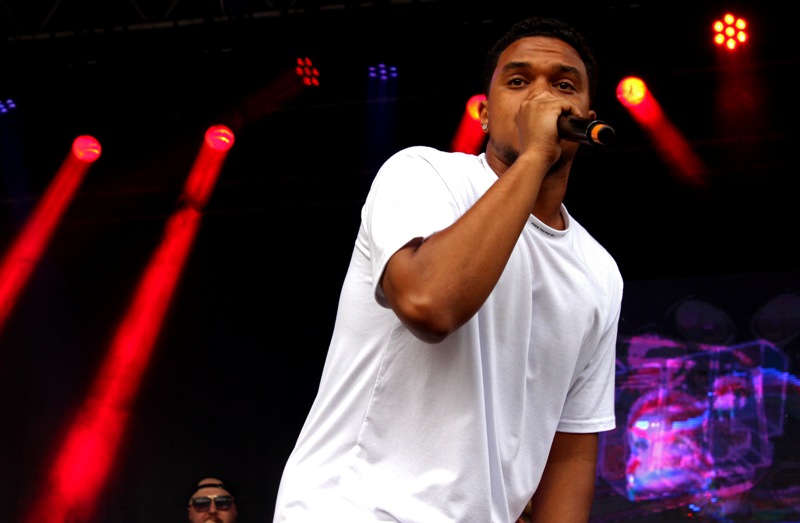 After dropping Expressions of Now, arguably Montreal’s most consistent hip hop release of the year, it was time for Speng Squire to show his worth on the festival stage. Backed by Dirtwork on turntables, alongside special guests CJ Flemmings and Husser, the rapper showed the hunger of an early Meek Mill, with lyrical abilities that could easily be likened to Jadakiss in his prime.

It was no surprise that A-Trak was already dubbing him “the future of the city” via his Instagram story moments after Squire exited the stage. If he continues to play his cards right, we might just be calling the upcoming season “The Summer of Speng.” 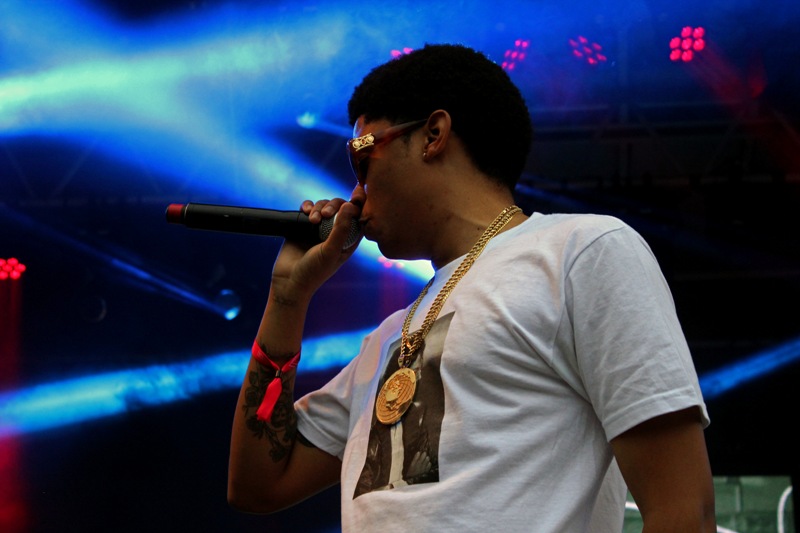 I saw Lou Phelps perform three times in a 24-hour period. Although he is quite the gifted DJ, Saturday’s live performance took the cake. Running through everything from Celestic joints that dropped while I was still in high school to mixtape cuts released less than two months ago, the South Shore DJ proves that he is more than just “Kaytranada’s brother,” rather an artist with an already impressive catalogue and endless amounts of charisma to flaunt.

Over the years, A-Trak has consistently emphasized the importance of Fool’s Gold as a family, something that rang especially true with his homecoming events in the city. Just moments past 8:30 on Saturday night, High Klassified made it perfectly clear that family was indeed in the building.

Whether the thousands helping him celebrate the huge year he’s been having after a production placement on Future’s latest album, or the crew warmly greeting him backstage prior to the show, Klass gracefully embodied all of the familial values his label head hoped to achieve with such an event. With the warm reception came a treat for the fans: the Laval beatmaker closing his set with an unreleased track by the Weeknd.

Watching an A$AP Nast performance is as electrifying as it is frustrating. The A$AP Mob member could very well get a crowd going off of his affiliations alone, but takes it to the next level with booming renditions of featured hits like “Yamborghini High” and, of course, “Hella Hoes.”

Given his undeniable talent in the booth and onstage, one can’t help but feel disappointed that he has yet to release a solo project. A little over halfway through his 30-minute performance, Nast ran out of his own songs to perform, and instead jumped around while the DJ played bangers from Rocky, Ferg and other A$APians. If Mob member Playboi Carti’s recent success is any indicator, perhaps it is finally time for Nast to meet his full potential with a project of his own. 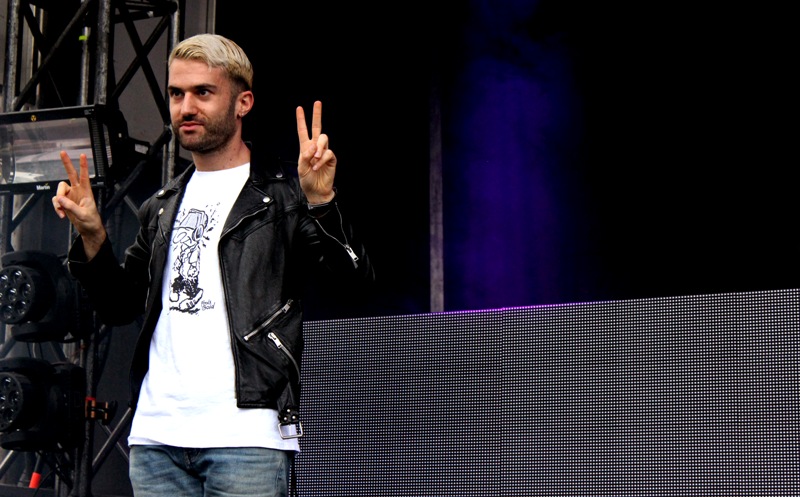 The Fool’s Gold founder not headlining his own event left me with mixed feelings. On one hand, it is commendable for him to humble himself like this; on the other, kids chanting “We want Jazz!” during his extraordinary set felt like a slap in the face.

A-Trak’s DJ sets are like ordering your favourite dish from a restaurant you frequent: You know you’re always getting something good, and every now and then they’ll even throw in a little something extra. Saturday’s performance was definitely one of those “extra” kind of nights, with mind-blowing scratch routines, hits old and new, not to mention special guests K$ace and Montreal’s own KGoon (who later tells me backstage that he simply texted A-Trak to make it happen). As much as these treats got the crowd pumped, it was still a shame to not see them appreciate a hometown hero to the best of their abilities. 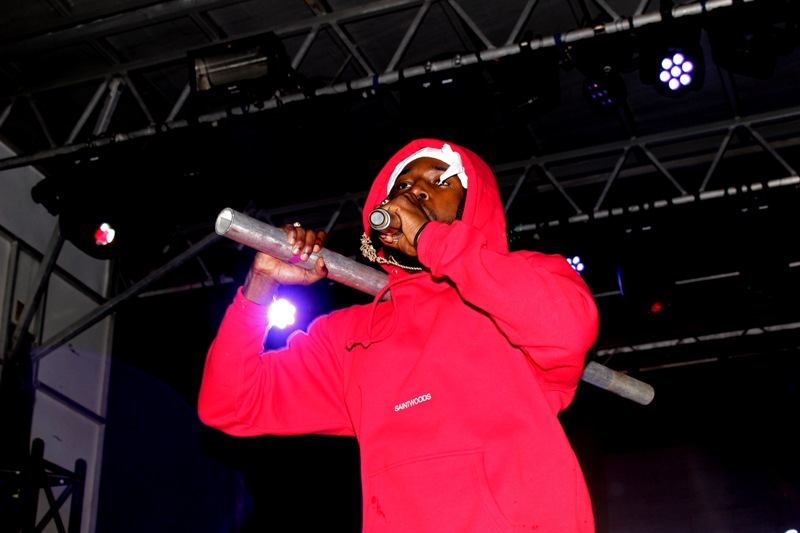 My anxiety began to kick in shortly after Cartier approached the stage. Aggressively swinging a metal pole around as he performed, I had never felt so uncomfortable inside a photographer’s pit! Such stress revisited me during the final song of his set, in which the headlining act jumped 25 feet from the VIP area into the crowd, a move that has since gone viral.

Jazz Cartier broke any stigma about Toronto rappers only being emotional, and is far more Travis Scott than he is Drake. Although some may be on the fence when it comes to the quality of his music itself, it’s hard to argue that Cartier is anything other than a tremendous live performer. ■