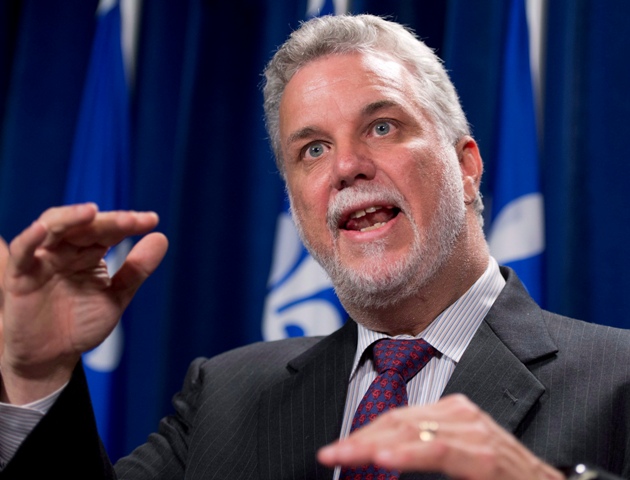 It has been almost 40 years since the Parti Québécois introduced Bill 101, intended to halt the decline of the French language in Quebec and make it the “the normal and everyday language of work, instruction, communication, commerce and business.”

As Quebecers celebrate the St. Jean Baptiste holiday this weekend, one doesn’t need to look far to see evidence of the law’s success. The famous “face” of Montreal, defined by language warriors on both sides of the divide by the language of public signage, is indisputably French, where brands like Second Cup have even voluntarily added CAFÉ et cie to signs here in an effort to allongé the taste of English with a little French cream.

This is a far cry from 1977, when the commercial face of the world’s (then) second-largest French city looked more like modern-day Ottawa and the western suburbs like downtown Cornwall. The city’s face these days is arguably more French than Paris.

French as the language of work and communication also made huge strides forward. The disproportionately anglo business elite was slowly replaced by competent and confident francophone leaders; the common language of the work force became the one spoken by the vast majority of workers rather than the one used among the bosses.

Attitudes, for the most part, changed as well. In the pre-exodus West Island, French was virtually a foreign language. Children were taught the rudiments in the classroom but most high schoolers would have struggled to converse with a four-year-old. There was no need to speak French and they knew it. That’s why Bill 101 was such a shock to the anglo community: it said that French was no longer a language that could be ignored, treated as the quaint lingua franca of the natives. Bill 101 left three choices: flight, fight or adapt. Some 200,000 anglos chose to flee over the next 15 years. But for the 600,000 mother-tongue anglos residing here in 2011, there had been a significant and fundamental change in attitude, and the level of bilingualism among anglos had jumped to 70 per cent from less than 40 per cent pre-Bill 101.

Although there’s still plenty of fight left among certain segments of the anglo community, most aspects of Bill 101 have been largely accepted as necessary and reasonable by the ever-growing segment that has chosen to adapt to and even embrace the “new” linguistic reality.

These victories pale, however, in comparison to the largely failed efforts of the Quebec government to protect French from its greatest threat: an educational system where one-quarter of the population never finishes high school and 53 per cent of the adult population are considered to be unable to read at a level required for normal function in society. This means, for example, that half the population would have trouble understanding a 300-word story in the Journal de Montréal.

You have to ask yourself how we have allowed this situation to go largely unresolved for four decades while that same Journal de Montréal has devoted thousands of pages to substantially more esoteric threats to the French language — like whether the clerk at Second Cup greets customers with bonjour or bonjour-hello.

So Premier Philippe Couillard and Education Minister Sébastien Proulx seem to be responding a little late when they finally recognized yesterday — 40 years after Bill 101 — that literacy and educational success in this province is in dire need of major boost. What good is a French face when half the population can’t read it? What purpose does it serve to make French-language education virtually mandatory when one in four students won’t even see graduation day?

The $1.8-billion boost the province is promising for education over the next five years is a joke, of course, coming on the heels of $2-billion in compressions under the Liberals’ suddenly-no-longer-necessary austerity measures. It’s a drop in the bucket that won’t even allow school boards to rehire any of the hundreds of educational specialists they’ve laid off lately, let alone to devise innovative programs and fund resources that can remediate Quebec’s horrible record with literacy and drop-out rates.

Yesterday’s announcement was long on promises but short on specifics, critics noted. Noble goals like increasing the graduation rate from 74 to 85 per cent mean little without concrete plans on how to get there. Setting ambitious targets without providing equally ambitious resources can only encourage the type of fraud we’ve seen where student marks are inflated and struggling kids are pushed to the next level without having mastered basic skills.

The only effective place to protect and promote the French language is in our schools. The life-threatening erosion of French will not come from without, it will come from within, and our repeated failure to rise to that challenge is the true threat to its relevancy and its survival.

It’s time to put aside our petty arguments over the face of Quebec and pull together to ensure the strength of its heart: our school system.