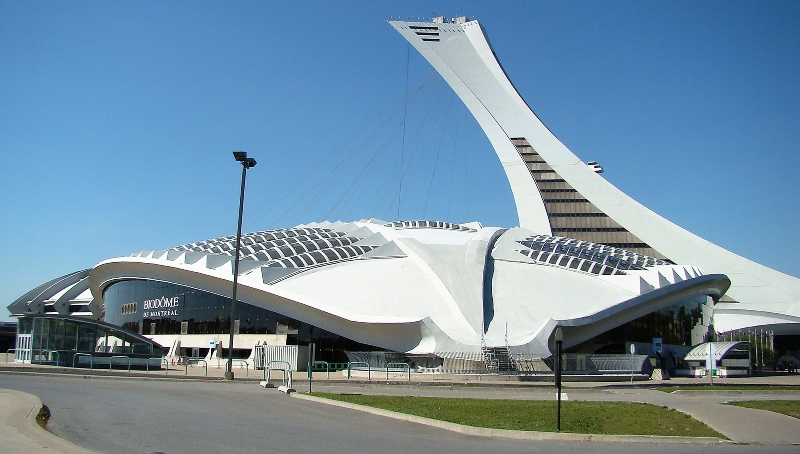 Think you’ve seen everything that Montreal has to offer? See if you’ve ticked all of these beauties off of your Montreal To Do List:

For the best place to get an uninterrupted via of the city, why not make your way up the tallest inclined tower in the world. The Olympic stadium was built to accommodate the 1976 Games, and although that proved less than successful it is still worth visiting the stadium and the 45 degree tower which looms above it. Fortunately, you won’t need to climb the tower by hand, as you can take a funicular all the way to the top for the best views in Montreal.

Pay Your Respects to the Miracle Man of Montreal

When you stop by at the Oratoire Sant-Joseph – Canada’s biggest church – you can also pay homage to the remains of the so-called Miracle Man of Montreal, Brother André Bessette. Brother André gained a reputation as a healer of a variety of afflictions, and his fame spread across the city. At his funeral in 1937 more than a million people passed by his coffin, and in 2010 he was canonized by Pope Benedict XVI. Today the heart of Saint André of Montreal is on display behind thick plate glass in the Saint-Joseph basilica.

Visit the Village at Pied-du-Courant

The ‘village’ in question is a community-driven project which aims to build a creative space next to the St Lawrence river. Conceived as a place for the expression of artistic endeavours, for the summer months it is a thriving centre for the arts, music, movies, food and all sorts of good stuff. Check it out before this ‘Village éphémère’ packs up for the winter.

Bug out at the Insectarium

The Space For Life offers visitors the opportunity to visit one of the world’s largest insectariums, containing all manner of creepies and crawlies. The kids will love (or be freaked out by) the huge collections on display here. If insects aren’t your bag then check out some of the other attractions on offer at Space For Life, like the Planetarium, Biodome and Botanical Gardens.

Check out the Open-Air Museum

Downtown is home to the latest incarnation of the Open-Air Museum, with 67 works from local and international artists on display. Take a stroll down Sherbrooke Street any time from the beginning of June to the end of October to enjoy the views. The exhibition stretches along one kilometer and forms part of the 375-year anniversary celebrations of the city.

Dine in the Dark at O’Noir

People say that when it comes to fine dining we ‘eat with the eyes’. Well, those people would not enjoy the dining experience on offer from O’Noir, as eating with the eyes is off the menu. Blind or partially sighted waiters will guide you to your table, where you will enjoy a three course meal while seated in a pitch black dining room. You can order off the menu, or else go for ‘Surprise’ courses to test your tastebuds. Definitely an experience worth trying at least once.

In recent years there has been a spate of lottery winners from Quebec, and specifically Montreal, who have won some major jackpots. As recently as April 2017 a Montreal couple shared a $55 million windfall courtesy of a win on Lotto Max. A couple of months earlier, a school janitor and his wife from outside of Quebec City won even more, as they scooped a $60 million prize. Now players from Canada can also try their luck on monster international lotteries like the US Powerball and EuroMillions. Click here to pay a visit to Lottoland and see if you can join the ranks of new lottery multi-millionaires from Quebec!