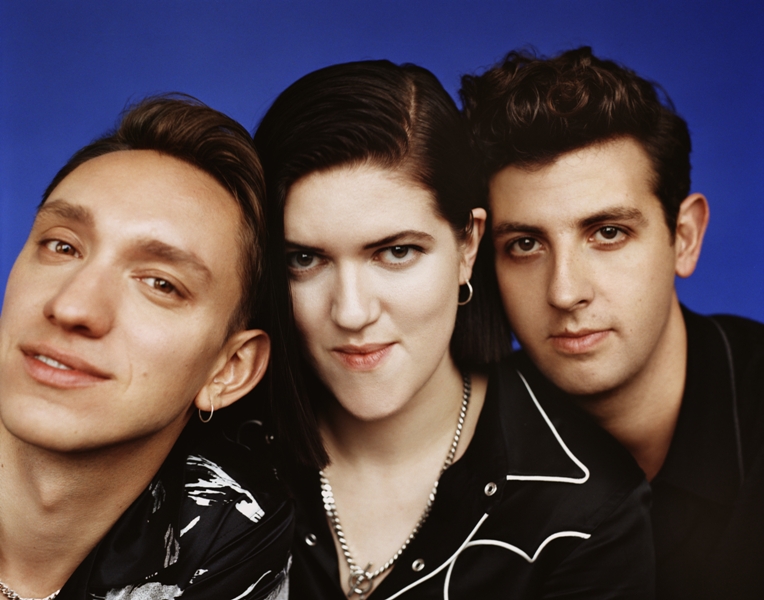 The XX. Photo by Alasdair McLellan

As locals milled about on open mic night, in one of the three bars that their tiny Texas town could muster, a trio of Brits quietly entered and took to the stage. Little did many in attendance know that they were being treated to a rare, free, intimate performance by one of England’s most popular bands, a member of whom is also a Grammy nominated electronic music producer equally beloved for his solo work.

Jamie Smith, better known as Jamie xx, recalls the evening as one of his favourites from the period when he and his bandmates in the XX worked on their latest album, I See You. Smith and guitarist/vocalist Romy Madley Croft and bassist/vocalist Oliver Sim wanted to venture to such unconventional locales in order to have a far better experience than the making of their preceding sophomore LP. During the sessions for 2012’s Coexist, they holed up in a cramped London flat, the shadow of their eponymous, Mercury Prize-winning debut looming large and pressuring them to no end.

But even though they were journeying to small town Texas and the top of Icelandic volcanoes in the midst of I See You’s sessions, there was still plenty of strain, seeing as Jamie had spent the prior year releasing his solo dance album In Colour, earning that Grammy nod, and leaving his XX bandmates jealous all the while. Below, Jamie tells us more about smoothing those rifts and travelling the world with his childhood friends to make one of their best albums yet.

Kyle Mullin: Critics and fans praised I See You when it was released. How did that feel?

Jamie XX: I don’t read many reviews, but when we play new songs live, people know all the words already. Which is great, because that’s all you really want to play.

KM: How did the work you put into In Colour affect your approach to I See You?
JX: Working on my record was fun because there were no rules. It didn’t have to sound like the XX. So we just carried on in that vein for I See You, because it was more fun.

KM: It certainly sounds like you had more fun on I See You compared to Coexist, which I’ve read was quite difficult to record.

JX: Yeah, you only look back at the most difficult moments and the best ones. Those extremes are always what’s most memorable. But I wouldn’t change any of that. It was like we were all growing up. This record (I See You) wouldn’t have been the same without that, because we literally did the exact opposite.

KM: What are some examples of that “exact opposite” approach?

JX: Like, instead of being in a flat in London, we were in proper studios in places that were very different from London. Texas, Iceland.

KM: What did you enjoy most about that?

JX: We planned extra time to explore, because otherwise we could have been anywhere. So we planned a lot of road trips to see all we could.

KM: What were some of the most amazing things you saw?

JX: When we were in Iceland we drove to a waterfall and a black beach and a volcano. And we climbed up the volcano. And we went to a lot of cool bars and heard great music.

And when we were in Texas there was an open mic night at a local bar. There were only three bars in the whole town. And we pretty much ate at every restaurant in town. And we’d just drive out into the desert, and just be in the nothingness.

KM: That sounds fantastic. After those sessions and all that travelling, just before you put the album out, Oliver told The Guardian about being happy that you had so much solo success before working on this new album. And yet he couldn’t help but feel a little envious . How did that strain between you guys affect the music on I See You?

JX: Well, I think it was necessary. My touring might have gone on a little too long, but it was because people liked the music. It meant that we were apart from each other more than we’ve ever been before, really. It helped in the long term, because we all realized that our friendship comes first, before music. And we need to be close to make good music.

JX: Well I feel like, when you’re so close, you forget that you still need to communicate with each other, because you think you can just understand each other. But actually that’s not the case. So we’ve always been the fondest of each other, but it just took some distance to realize it.

KM: There’s also been a lot of talk in the media about how you guys have come out of your shells, and aren’t as shy in interviews and public appearances compared to when you were promoting Coexist or XX. Is all that speculation overblown?

JX: There’s some truth to it, in that we just got older and more confident. But also, when we started, we were forced to do all these interviews out of the blue, and we struggled with that and introverted into ourselves. Now, it’s still not my favourite thing to do. But I can deal. ■