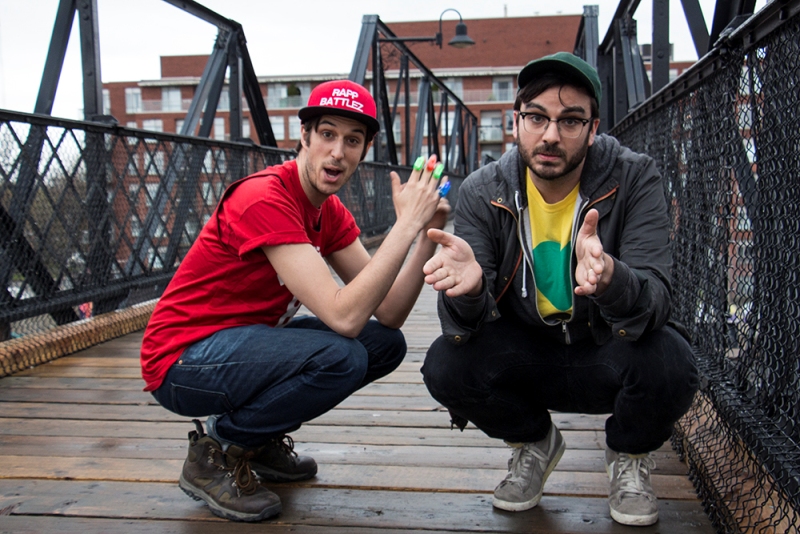 May is a special month in Montreal. Listen closely and you’ll hear the sounds of birds chirping, bicycle bells chiming, beer glasses clinking on newly constructed terrasses and, for the next 10 days, the sound of laughter spilling out of venues across town. Over 70 comedy shows are lined up for Sketchfest, Montreal’s other comedy festival, running from May 4–13.

This year’s edition promises to be the biggest yet, with two additional venues, more shows than ever before and sketch comedy troupes descending on Montreal from New York, Toronto, Philadelphia, Vancouver, Chicago, Halifax, Ottawa and Washington D.C. In addition to shows (in both official languages), the festival is once again offering comedy workshops, led by talents Kirsten Rasmussen (Second City) and Peter Stevens (from CBC’s The Irrelevant Show).

Among the troupes performing at this year’s fest is Toronto duo (and brothers) Miguel and Freddie Rivas, whose show Rapp Battlez has been a mainstay of the Toronto comedy scene for the past eight years, appearing monthly at the Bloor St. Comedy Bar. Their show (264 Ste-Catherine E., May 6, 11 p.m.) is a high energy mix of wacky characters, punchline-heavy rap and WWE-level hype, and for their Montreal Sketchfest show this weekend, they’ll be bringing out over a dozen guest comics who will take on personas for battles like “cyclist vs. driver” and “Airbnb vs. couchsurfing.”

“As kids we were huge hip hop fans,” Miguel Rivas says, “but as we became adults, we got into comedy.”

The brothers were partly inspired by real-life Toronto rap battle series King of the Dot, where skilled local rappers rhyme about serious topics.

“It’s meant to be very hard-hitting and aggressive,” Miguel explains, “but our favourite parts were these little glimpses of comedy that people would use. Right from the beginning, hip hop has been reliant on humour being a part of it. We’re exaggerating it like crazy — we describe this much more as a comedy show than a legit hip hop show — but the punchline has been an elemental part of rap through every era, and the best rappers use humour for sure.”

“The best rappers are also characters!” adds Freddie. “They’re emboldened of themselves, whether it’s style or who they’re rolling with or who their friends are. That sort of thing was always a fun idea for me and Miguel, the pomp and circumstance and pageantry of rap. Wrestling is a huge influence on the show as well, so we’ve done our best to marry those things and make Rapp Battlez the most silly, pageantry-filled show.”

You can also catch the busy brothers outside of Rapp Battlez with their other comedy projects, including Miguel’s gig as co-anchor of The Beaverton TV talk show on the Comedy Network, and Freddie’s comedic basketball / Raptors podcast Confederacy of Dunks. 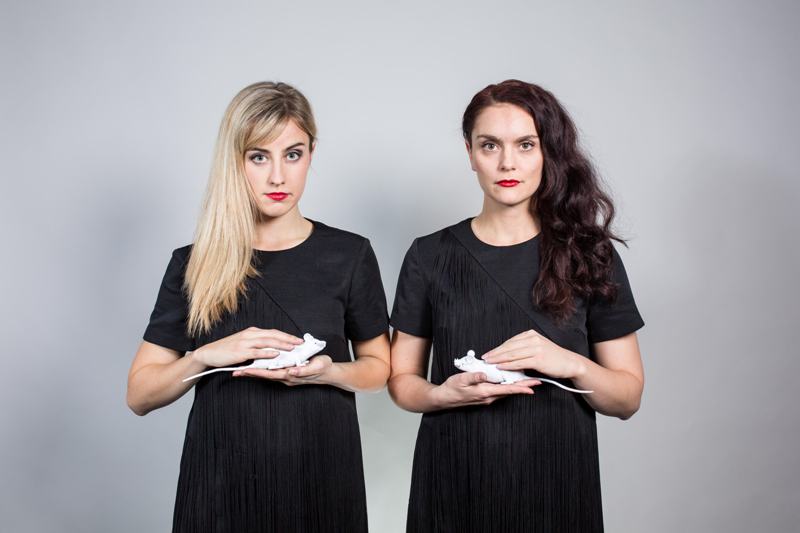 Thursday evening sees the ladies from Montreal Ladyfest host a woman-led line-up headlined by Toronto’s Kirsten Rasmussen who will be joined by fellow Toronto troupe Lil’ RasGals and Montreal’s own Employees of the Year. (264 Ste-Catherine E., May 11, 8 p.m., $12)

On Friday, Toronto duo Flo & Joan, made up of British-born sisters Nicola and Rosie Dempsey who recently went viral for their YouTube video referring to Donald Trump as a “Fuck Cheeto with hair,” bring back their piano and percussion-centric performance to the festival to demonstrate why they were named one of the top 10 troupes at the 2016 Edinburgh Fringe Fest. (264 Ste-Catherine E., May 12, 8 p.m., $12)

The festival’s closing show on Saturday, May 13 will be one of your last chances to catch Montreal duo Ladies & Gentlemen (Chris Sandiford & Daniel Carin) before they relocate to Toronto. They’ll be leading a line-up that also features New York’s Kill It Scott! and Toronto’s Get Some and the Flirty Boys. (264 Ste-Catherine E., May 13, 8 p.m., $12) ■

Tickets for each show cost $12, day passes $20 and full festival passes $60. Check out the festival’s website for full details.