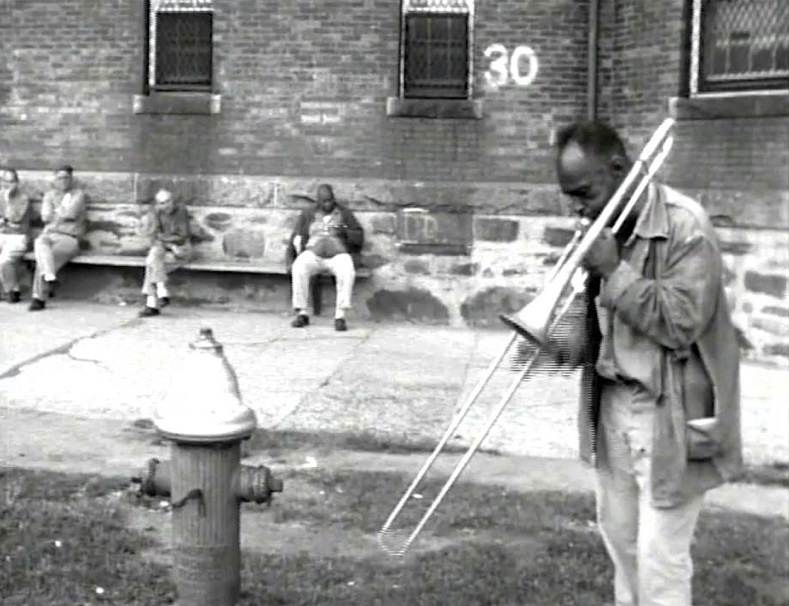 Titicut Follies — screening this Thursday as part of a RIDM+ screening commemorating its 50-year-anniversary — is a landmark documentary for many reasons.

It was the first in the long career of esteemed documentary filmmaker Frederick Wiseman (previously a law prof at Boston University), who shot it in his trademark “direct cinema” style: no title cards, no voiceover, no interviews and very little in the way of traditional narrative framing. It also exposed the harsh conditions inside Bridgewater State Hospital, a facility for the criminally insane, resulting in the dubious distinction of being the first film to be banned in the United States for reasons outside of censorship or national security. Wiseman spent 29 days inside the institution’s walls, documenting the often inhumane living conditions of the patients, who were sometimes forced to strip naked for inspection, berated by the staff and (in one particularly upsetting scene) force-fed through a tube while the man operating the tube absent-mindedly puffs on a cigarette.

Though Wiseman has had a long and storied career, it hasn’t affected his memories of making Titicut Follies. “I remember it quite well, but I tend to remember all the movies,” he explains. “Because in the editing, I look at them so often, I can practically recite the dialogue of any movie by heart. (…) Follies is the first movie, as you know, and the shooting was only 29 days. In recent years, because of the different subject matter, it’s been much longer. Four, five or six times, it’s been three months.

“Once I got permission to make the movie, it was very interesting,” Wiseman continues. “Like I said, I was there for 29 days. It was a world that I knew a little bit because I had previously taken law students there. But I still very vividly remember the first time I went there, because I couldn’t believe that such a horrible place existed and that it could be condoned by the state of Massachusetts. But compared to other hospitals for the criminally insane at the time, it was probably a three-star hotel, as bad as it was! There was a prison for the criminally insane in Mississippi at the time, and you’d much prefer to be at Bridgewater.”

Part of the stark appeal of Titicut Follies even 50 years later is how natural everything that Wiseman captures appears to be. Though he’s spoken in the past about how no film can truly adopt a fly-on-the-wall approach, it certainly does seem to me that a movie like this one would be difficult to make today in the era of smartphone cameras and reality TV. Wiseman disagrees.

“In my experience, people have never played to the camera,” he says. “In the rare instances they do, it becomes so obvious that I stop shooting. People aren’t good enough actors to become somebody different. If they don’t want someone to take their picture, they just walk away. You know it instantly, because it feels false. (…) Making one of those movies now is no different from that point of view than it was 50 years ago.”

Titicut Follies is also notable for how disturbing it is. I bring up the fact that the force-feeding scene is so unpleasant to watch that I had to pause it and come back to it later, and so I ask Wiseman what it feels like to capture something like that in person. “Well, I think when you’re in the process of capturing something like that, you recognize that it’s a really good scene,” he explains. “In the moment, at least, you’re consumed with making sure you capture it as best you can and making sure you get it on film. In that sense, the work is as good a defence as any against the horror of what you’re seeing.”

Titicut Follies was rather controversial at the time of its release. Just before the film’s first screening, the state of Massachusetts attempted to prevent its release, citing concerns about privacy and consent by the subjects depicted in the film. (Another reading of the situation would suggest that the government was none too keen in seeing their incompetence and somewhat barbaric practices exposed to the light of day.) This eventually led to the film being more or less banned from public broadcast; it was only viewed by people in the health field until 1987, when a trial surrounding the deaths of several inmates argued that widespread availability of the film may have prevented their deaths.

Though clearly not approaching the film from an activist point of view (the “direct cinema” technique pretty much opposes that directly), it does nevertheless feel like Wiseman is making an exposé of sorts. As controversial as Titicut Follies proved to be, it didn’t change much at Bridgewater. “Well, in 1966 when I made the film, I certainly hoped it would change things, but I was naive,” says Wiseman. “I’m not aware of any film that is produced where you can directly say that the film has produced social change. You can say that the film may have contributed to social change, but after all, in a democratic society, there are so many different sources of information that it’s pretentious to say ‘I made X film and it produced Y results.’ That’s basically bullshit.

“The problems existed and probably still exist in some places because people are indifferent,” he continues. “State legislators feel it’s a waste of money; they’d rather not allocate any money at all or use it for something else! The people who get caught up in places like Bridgewater are, generally speaking, poor people. If you’re middle class or rich and have access to good lawyers and good psychiatrists, you don’t end up in a place like that.” ■