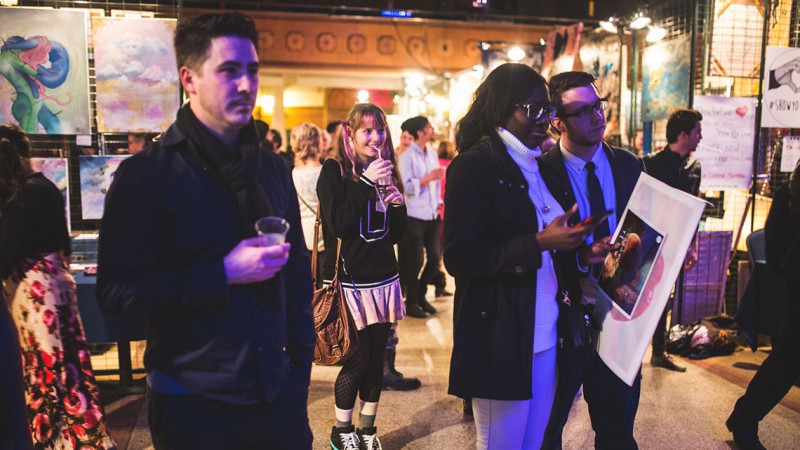 Today is the LAST DAY to vote for your favourite Montreal people, places, art, restaurants and retailers in our annual readers poll, the Best of MTL. The deadline (for both the poll and the contest) is tonight at 11:59 p.m.

The historic Paradoxe Theatre in Ville-Émard is the scene of MTL Uncovered, a seasonal multidisciplinary art party showcasing local up-and-coming artists. Expect dozens of exhibitions of painting, photography, illustrations and other art, plus live performances by Sarah Jane, December Rose and Deeshorty (among others), more music by DJ Spec and snacks by l’Gros Luxe. 5959 Monk, 6 p.m.–midnight, $20

Frankie Teardrop (LIP/Slut Island) is the special guest DJ at Mec Plus Ultra’s April edition, the theme of which is Dirty Diamonds: “obscene tracks,” “musical gems” and “crystal clear sound” are promised, along with a live performance by Gerard X Reyes and Brian Mendez at Le Belmont. 4483 St-Laurent, 10 p.m., $5 before 11 p.m./$8

Anna Biller’s gauzy smut/horror movie The Love Witch was among our favourite films of 2016, and this weekend Cinéma du Parc is screening it for three consecutive nights as part of their midnight madness series. 3575 Parc, 11:30 p.m./2:30 p.m. Sunday matinee, $12.50