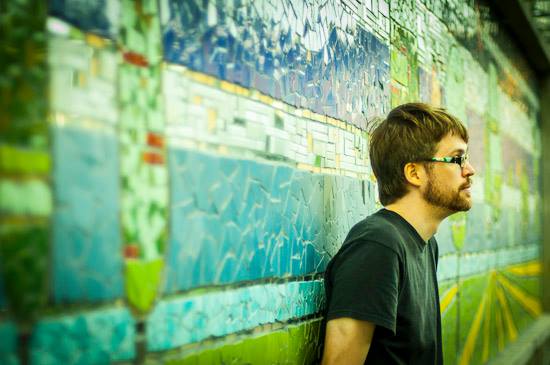 Alongside a band of equally ambitious musicians, Erik Hove has merged influences from the world of spectral music to craft something truly unique for his sophomore record, Polygon.

Leaving New York City after already establishing bands there may sound like a curious move, but the B.C.-born saxophonist came to Montreal for good reason. “I was living there illegally, so it was hard to extend my stay in the long term,” says Hove. “The turntablist in my band Soundclash was living in Montreal, and so were other musicians I played with, and I was coming up here all the time. But it’s funny because now he’s moved to New York.”

The project started with Hove writing after going back to school and listening to some truly inspiring music. “I had been wanting to combine techniques from contemporary classical music with the jazz stuff I was already doing for a while,” he says. “I was listening to Gérard Grisey, who’s the grandfather of spectral music, and I went back to McGill to do a masters in jazz and composition, as well as listening to a lot of music.”

From there it was about pulling in the right musicians to bring his thoughts to life. “I had a sound in my head and put this group together because it would most easily capture what I was going for. I had to make it bigger than a normal jazz band but I didn’t want to make it too huge.”

With the Erik Hove Chamber Ensemble in place, he’s created a healthy base to work out his ideas and take the sound in new directions. “I rely on them for aesthetic choices. On the new album we’ve added electronics, while continuing the style of writing to add a new dimension and different timbres.”

Despite the size and complexity of the music, it’s still all Hove behind the writing, with the rest of the group’s creativity being used on finer details. “It’s all completely composed but there’s solos and I open up the composition for group improvisation. There’s feedback from the band, and little arrangements that bring out the overall flow and sound of the song come from the band, too.”

This is accomplished using something known as microtones, allowing him to hit the minute spaces between notes for a more detailed sound. “While the ear won’t hear the differences between them, I’ll use them in chords and you get this drastically different sounding chord, and it can blur the melody and thicken the frequency. Ligeti used clouds of microtones for stuff from the 2001: A Space Odyssey soundtrack, where they’re all next to each other and create a big cloud of sound.”

With Polygon, Hove hopes to have made an album that jazz fans will love and may even intrigue a broader audience. “You write the music for people who are onboard with the writing but I also hope it’s compelling for people who aren’t into jazz or who don’t listen to a lot of contemporary classical music. I want it to also be a rich experience for people who are into it so they can listen to it multiple times and get more out of it.” ■