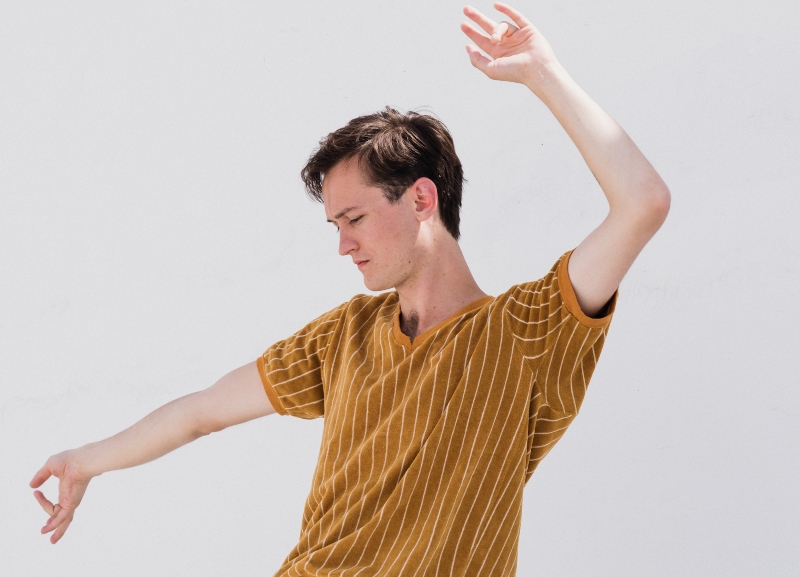 After going through Montreal rites of passage such as the CKUT radio team and McGill University’s arts department, Tim Darcy has gotten the chance to record a solo record (Saturday Night) on the notable U.S. record label Jagjaguwar. Those who’ve been listening closely have heard Darcy in vastly different sonic places such as the rousing post-punk jam sessions of Ought and the psyched-out soundscapes he spoke over with AJ Cornell.

“The diversity that you’re talking about there were products of collaboration,” says Darcy. In Ought, for instance, Darcy is merely “one quarter of the songwriting hydra.”

So, the goal of his solo record was pretty straightforward: “The project was to just have it be me more than anything else. My songs sung exactly how I want them to be sung and written exactly how I wanted to write them.”

Darcy is hesitant to describe any of the songs as old as he didn’t look at the project as a retrospective, but he also sees his effort here as a return to a style of songwriting that he’d been doing since he started playing guitar at 16.

“I’m hoping to update some of those older songs that I hadn’t quite been able to let go of and I also recorded some newer things I’d been working on,” he says.

This idea of updating old tunes has resulted in some stark changes from demo to final cut. “‘St. Germaine’ is the oldest song as far as how long ago it was written, but that doesn’t really come across, people are usually surprised, which I’m really happy about.”

The idea of the lead singer of a band breaking off to do their own project is isn’t uncommon, but Darcy notes that his case is a bit different because of Ought’s collective songwriting approach. “That is an important distinction. A lot of solo artists that break off from a bigger band, there’s more of an expectation that there’s going to be a direct lineage from the band’s sound to what that singer is doing. Especially if it’s a singer/guitarist that’s writing the band’s songs.  That’s just not the case in my situation.”

Although Darcy acknowledges that his time in Ought was a strong influence, throughout the recording process of Saturday Night there was an inclination “to be more germane to my specific world of influences, the music that I really love just as an individual.”

The result is a bit more intimate, with each song showcasing a slightly different context for Darcy’s voice. Also, the sound-sculpting nature of his time with AJ Cornell comes to light in the out of time guitar ramblings that emerge between the infectious vintage rock melodies.

Those who’ve listened to the record know that Darcy had some help in studio. At the tail end of single “Tall Glass of Water,” for example, there’s this oddball chorus part that echoes out the hook in harmony. This was a group of friends and connections around Toronto that Darcy gathered for a night and experimented with. Darcy also mentions the heavy level of artistic input from producers Amy Fort and Ross Gillard and instrumentalist/drummer Charlotte Cornfield. He believes that they helped him achieve the cohesive sonic journey of the album.

For his upcoming Montreal show, Darcy is sporting a “power trio” as he calls it, with vocal harmonization all over the set and a little bit of viola playing from his bassist, for dramatic effect. In a sense, Darcy is venturing out on his own, but perhaps the greatest lesson he’s learned in his rise is how to properly accept input from others. ■