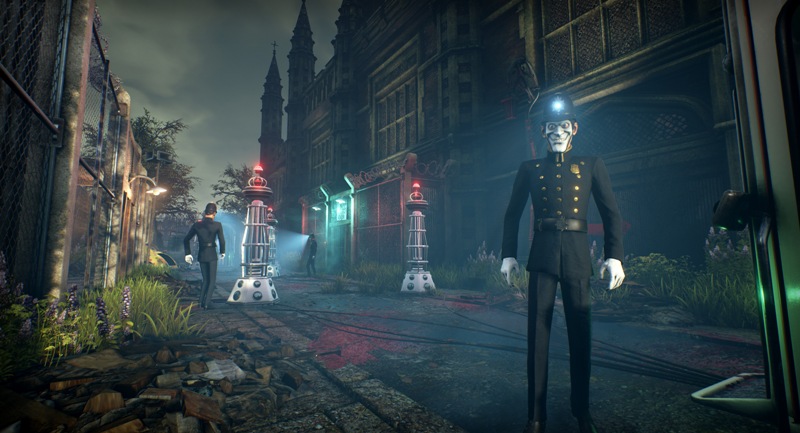 Guillaume Provost took the stage last summer at E3, North America’s largest video game expo, to a crowd of thousands and 6.6 million live online viewers. All eyes were on his studio’s latest title We Happy Few, a survival game set in a dystopian 1960’s England where drugs are used to mask a dreadful reality.

“When Microsoft puts you on the E3 stage, you don’t carry much of an indie label anymore,” says Provost, head of the Montreal based Compulsion Games. “I consider myself independent, because that’s what we are.”

Compulsion’s studio houses a small army of 27 people — artists, programmers, storytellers and musicians marrying technology and creativity in new ways on a daily basis. The space has its own recording studio where eerie tunes echo out of a cheesy organ, evoking old-school church music. The sounds seep through the door, and wash over the studio. Large masks hang from the wall in tribute to those worn by the drug-addled happy pill takers in We Happy Few.

Before starting Compulsion in 2009, Provost was already an industry veteran. In 1997, he set out to become a game maker. “I went up to Lac Saint-Jean to try and start a game studio,” Provost says. “We were a bunch of kids who didn’t really know what they were doing. It didn’t work out.”

Following his heart to Toronto, Provost joined Pseudo Interactive. The team gained notoriety by releasing Cel Damage alongside the launch of the original Xbox in 2001, a strategy that Provost would revisit over a decade later.

After a brief stint at Arkane Studios in France, Provost planned to return to Montreal and start a studio with $4-million invested by a Taiwanese game maker. “We were ready to go, and we ran right into the housing financial crisis in 2008. The money disappeared overnight, so I kind of said ‘Fuck it,’ and I moved and started the studio with no money instead — and it was my studio.”

Compulsion built itself up by doing contract work for larger studios. “I call it brain prostitution, to start a little bit of a war chest to start our own project,” Provost explains.

Compulsion began work on its first game, Contrast, in 2011. Players navigate a 1920’s-inspired world moving between the 3D realm and clinging to walls in the form of 2D shadows to traverse the landscape. Provost drew inspiration from Portal, a dimension-bending puzzle game. 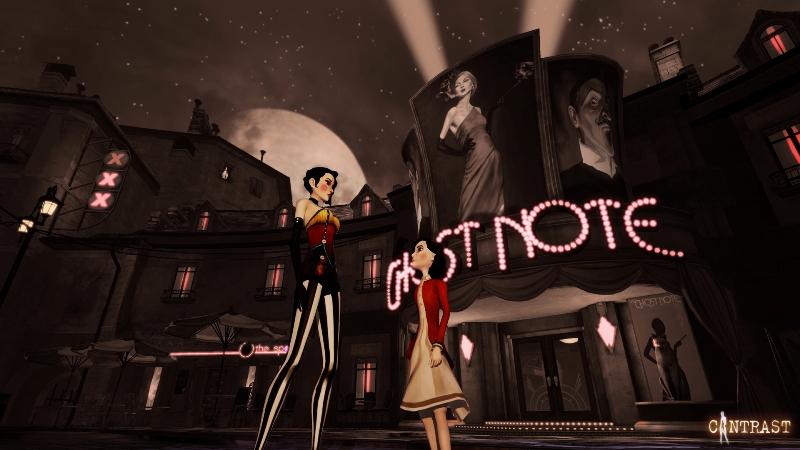 Next, Compulsion set out to make a small game centred on the core mechanic, but competition from similar games in development made the studio double its efforts. “I reacted to it by saying, ‘You know what? I’m not going to change my idea or my concept,’” Provost says. “’I’ll develop it further and basically put different onion peels to it that make it a unique project that stands on more than just one leg.”

Compulsion launched its first game alongside the release of the PlayStation 4 in November 2013. “My goal for the first game of the company was not automatically for us to become millionaires. I wanted to make something I felt proud of.”

While the game received mixed reviews, it propelled Compulsion into the spotlight.

The studio set out on their second game, We Happy Few as an early-access title, meaning that players would get their hands on the game while it was still being developed and receive regular updates adding mechanics, quests and story lines. Compulsion has let fans dictate the direction of the project since it has been in their hands. “It’s shaped where we put our efforts, and focused on the development team.”

The game was heavily inspired by films, TV shows, and novels, particularly A Clockwork Orange, Brave New World and The Prisoner, a 1960’s British TV series. “It makes it a richer experience if we draw on different mediums for inspiration,” Provost says.

With all efforts currently on updating and finishing We Happy Few, the studio has not started work on its next title yet. “I honestly don’t see that changing in the next two to three months,  but I already have a pretty good idea of where I want us to concentrate our efforts on our next project.” ■