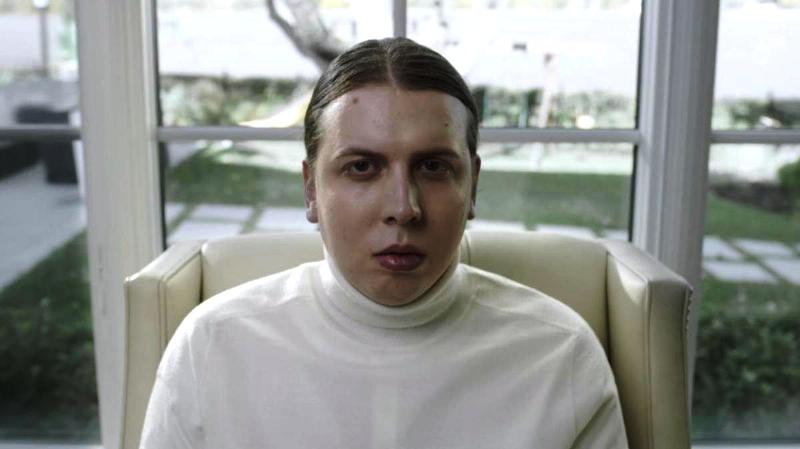 Gone are the days when Montreal party crowds could catch the dirty north stylings of Tommy Kruise upwards of four or five times a week, if they knew where to look. In 2017, a hometown Tommy show for no good reason is a more rare event, especially as he works towards his official debut, which we’ll start to hear music from this summer.

So a Friday night Igloofest one-off, outdoors with fellow locals-done-good High Klassified and WYLN, you’d be foolish not to go hear his new approach. Having not spoken in some time, we took the chance to catch up with Tommy to find out where he’s been and what’s coming as he warms up for 2017 in style.

Tommy Kruise: Ha, dude, it’s crazy. It comes from playing a shit ton of video games — Unreal Tournament and Quake 3 and stuff — when I was super young. I was super into English. But it’s not before I moved to Montreal that I really got to (practise) it. I moved with two guys in St-Henri that were from Ontario, so I would speak English all day for five years.

But on PlayStation one I had to learn English to know what to do, so I would have to (ask) my father and he would teach me a bunch. My parents sent me to “option anglais” (optional English class) and already that was too easy. It was funny because it never felt like a challenge. I learned more at home.

In my last year of high school, there was no more English. It was Spanish. I did nothing! I couldn’t do shit! (Touring) I went to Barcelona and I only spoke English. (laughs). In English, all kids start with the slang and work toward the basics. 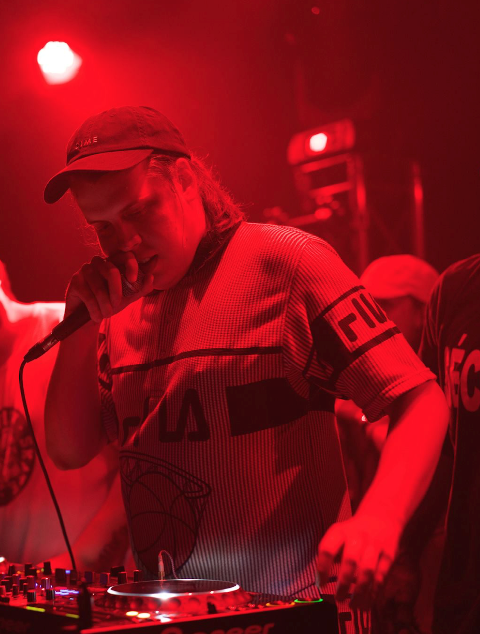 TK: I’ve been working with a lot of Atlanta rappers and I’ve just been working towards what I want as a project. I got affiliated with Bromance Records so we’re working closely with Brodinski, and he’s been helping me get the artists I’ve wanted for years. Trust me, this guy’s a brother to me because he really helped make it happen. And it’s sick because it hasn’t been anything crazy, it’s only been like, “Yo, send me some beats. I wanna make some of the guys hear it whenever I have a session.” And it was cool because some of (these artists) were like, “Bring me some weird stuff,” and the guys would close on that. It’s insane to me to have the rappers I’ve been wanting (who might otherwise) want regular rap beats, but they all chose the weird beats. It’s so dope.

Other than that we did a Europe tour at the end of the year. There’s Igloofest coming this Friday. I’m working closely with Vice on some documentary stuff.

DM: Before we change topics, can you drop a few of these artists’ names or not yet?

It’s sick. Playboi Carti has a very dedicated fanbase (laughs) and they found a snippet from a radio show in France from like three or four months ago and it sort of leaked from there, but it’s really a song I’m stoked on.

DM: Have you been able to spend time in Atlanta on these recordings?

TK: No, and that’s the next part. And that’s the part I want to get done, so I can have all my sessions recorded the way I’d love to. But if anything that’s a part Brodinski has been really understanding with, and how I’d like people to be sounding. But to complete my project I gotta get down there.

DM: You gotta do the strip club test man!

TK: Definitely! I’d love to do the Blue Flame or Magic test once! But it’s not only Atlanta right now, I have rappers from New Orleans and Florida I have been in touch with.

DM: How was touring the U.S. and Europe?

TK: It’s been a funny transition because if you see what I do online, people might be surprised to hear a lot of techno and dance music in the first few minutes. I used to do it only at afterparties, but it’s more than that vibe for me. I can go on at 10 o’clock at night and play techno and rap, and this is what I like. I wanted to incorporate that more into DJ sets. And everywhere I went it was more like that.

And it’s been a fun transition because I get to challenge my crowds way more. That’s what I’ve been saying before sets. “If you don’t know the songs, just follow me!” I’m not here to play the last DJ mix I did online, you know? I’m the first one to dance and the last one to dance, so if I get people to get outside their comfort zone, I guess I did my job. (Playing) big clubs in the U.S. with Brodinski was amazing. I can go out and strictly have fun, and propose something that’s different, and something I love.

DM: So let’s talk about Friday at Igloofest.

TK: Man, I can’t wait to play Igloofest again! Because the first time I did it I had a stomach flu and the whole day I was throwing up. I had a mean one and I couldn’t cancel that, we were playing the small stage with 10Kilos. I was headlining and trust me, the whole day, I wasn’t sure. Finally I went out there and was able to play my whole set, and everything went really well and I had my flat Sprite with me.

Everything was fine, I was sweating a bit, but then I got out of there to get a cab and I started shaking, I was tripping out. I got home and it took me two, three hours to get back to a normal temperature.

DM: It’s you, High Klassified and WYLN this Friday. Enough years have gone by between you all to see you grow from club DJs coming up as kids to getting known outside the city for production and more. When you look at that evolution with a few years of hindsight, how does it make you feel?

TK: If you don’t get pride from being involved in this scene then you’re doing it for the wrong reasons. It’s been amazing to see everyone doing their thing. It’s so great. Me and a lot of my peers could probably put ourselves all into one box, but everybody is shaping their own lane. I definitely feel pride when you’ve seen guys play in front of five people and now they do stuff that’s world-renowned. If you don’t get pride out of that, you’re seeing this way too much as a competition. It makes me joyful to see, and see kids on the come-up and give them advice. If you fuck with someone, you wanna see them do good. ■