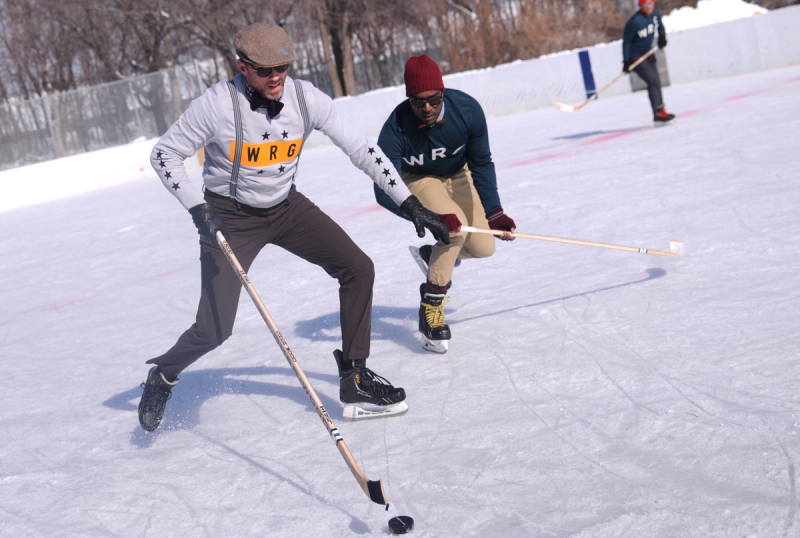 The WRG Gentleman’s Hockey Classic. Photos by Cindy Lopez (scroll down for a full gallery)

Ville Emard was home to a stylish outdoor hockey tournament this past weekend as the fourth edition of the WRG Gentlemen’s Hockey Classic was held in Ignace-Bourget park on Feb. 18. There was plenty of style in stickwork and in attire on the ice as players (local celebrity promoters, entrepreneurs and staff from various Montreal businesses) sported the 1920s look: bow ties, suspenders, fitted sweaters and Sher-Wood 5030 wood sticks.

The games were high-scoring, with fast paced play, signature hats as personal flare and the occasional fashion risks. The winners were from the team captained by Jojo Flores, who played a final that was shortened and slushy due to unseasonably warm weather.

Win or lose, everyone was a gentleman in sportsmanship and in style. See photos here: